Nothing from the government is free

the idea of another pcc type build specifically 5.7 but I think that’s much more suited to a dedicated platform like a banshee pistol

I mentioned to my FFL yesterday that I recently had the opportunity to shoot a Ruger 5.7 handgun. He replied by asking if I had seen the carbine version yet, claims he’s having a hard time keeping them in stock. I think it was tagged in the $700 ballpark. Uses the same mags as the handgun.

Haven’t bought it (yet) but all strirred up over the Walther WMP - Iv’e always respected the 22mag even outfitting my wife with a version of my 357 LCR that she could handle in 22mag w/crimson grips. This one has multiple red dot plates, a quad mag release set up and fits me like my P99. 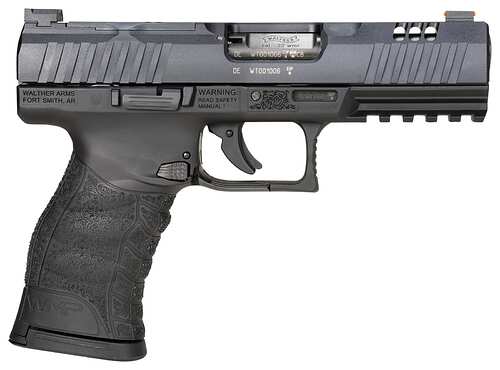 My newest has me flat disgusted with the trigger pull on the new Beretta… Love the ergonomics, size, and looks but my damn Taurus G2c has a much better trigger! And it will even reset it’s self after being pulled. Dunno what the Beretta engineers were thinking and I find it hard to believe they’d even let this sloppy POS on the market but I guess the mighty have fallen-and mighty hard!
Not worth the low price even if it had a $200 rebate! Note to self: do more research!

Love the ergonomics, size, and looks but my damn Taurus G2c has a much better trigger!

Thanks for the update

I gave my wife a G2c years ago. Partly because it was easy to manipulate and partly because I shot one and couldn’t put it down. I still covet it even though it resides just on the other side of my bed! Snuff
Being a being a nut case on Beretta’s that I am I just can’t go to the dark side with one of the Beretta striker fired handguns.

You have helped me to make sure I stay of my side because sometimes I do want to get one.
Larry

It’s sad, they really pulled a Remington with this one.

She’s a looker alright, I’m actually one of the fans of the “Legion Gray”, which unforunately looks extra brown in my cellphone photo. Gotta say I’m very pleased with it functionally, and more or less confirmed it was never fired or registered. It was purchased, collected for some time and recently sold. Sig thinks I’m the first owner and that’s fine by me (am in terms of use, anyway). And if it fired a round before me, I’m pretty sure Sig did it.

I already have a P229 Elite DA/SA and I shot them head to head last weekend. The Elite is not stock (excellent trigger) but I actually preferred the Legion, and for three main reasons that have nothing to do with the action type or internals. The Legion grip frame uses a truncated beaver tail, extended trigger guard undercut and trigger guard bottom checkering, and as I understand it so do all of the new Elite guns. But my Elite is a few years old so doesn’t have, the difference these seemingly minor features made was remarkable and immediate. It quite simply locks in my hands better and stays there. Interesting to note that my P226 Elite has the Legion frame features noted as well and likely contributes to it being one of my all-time favorite handguns.

I was hanging out at my LGS today when I noticed a little lever .22 rifle sitting in the corner.
Turned out to be a Browning BL22 with a Simmons scope and Weaver “See Through” rings.
Condition is good, several dings in the wood that are easily repairable, blueing is excellent.
I checked the serial number and it was manufactured in 1972 making it a third year of manufacture.
I stole it for $349 and left the store promptly.
Super nice rifle and I’m looking forward to shooting it.

You need to play the lotto too! Nice score.

You need to play the lotto too!

I think I do!! I’m going to pick up a Powerball ticket tomorrow

Gearfire is absolutely killing me right now. I don’t think the $150 discount is worth the waiting game after dropping $1400 and just hanging tight while a distro and middle man find fucking reverse on a Soviet tank to deliver it to me. Never again! I could have bought it off the shelf and s#!t out $10 bills every day up to this point and recouped the savings. Don’t use it!!! Hard lesson in “estimated shipping time” bullshit!!!

I finally had time to break in my new Rock Island Armory VRF14 12 gauge yesterday. It ran flawlessly. Palmetto had them before Christmas for $299 PLUS a hundred buck rebate (regular $699). How much fun can you have for 200 bucks! The answer is LOTS. It came with a 5 round mag and I got a couple extras plus a nine round. I figured the 19 round mag is overkill but it does look cool with it!

I do not own an AR currently but that may change soon after putting my hands on Rugers new AR10 - the SFAR - they did an amazing job designing this one, mine had a 20" barrel but 16" is also available - feels so much like an AR15. Bought my AK47 Sept12th 2001 and never saw the need for a 223 but this one is a 7.62 Nato - 308 cal I might like to stay with the 20" version. As far an the weight of carrying extra ammo - I am to damn old to be crawling thru ditches or 25 mile marches but for reaching out farther for home defense or even hunting this thing rocks.