When the Pres talks guns, and says we should all get a shotgun. I am imagining a really useful govt handout like this.

Uncle always handed out the most fun weapons for our defense of the constitution. Why not for everyone, un infringed. Anything else would be discriminatory ( racist, sexist, misogynist, and maybe unconstitutional)

When the Pres talks guns, and says we should all get a shotgun.

Considering he has no knowledge of guns, this is not a surpise…though I note that he always (or almost always) references a double barreled shotty, like a breech loader good for only two shots. Someone probably told him to say that, I’m guessing. Anyway, he talks about the 9mm blowing lungs out…ever seen the damage shotguns do at close range, Big Joe?

I still don’t understand the lethality “dick competition” these morons play with firearms. They’re all fatal if used in that fashion…dumb asses. Plenty of dead men killed by .22lr rounds.

I spent some time “helping out” mortuary affairs in Western Iraq in ‘04. I wish Joey B could have taken a tour of the cooler in their office. I concur. The 12 eats holes in things.

The 12 eats holes in things.

Indeed. Depending on the load, it’ll take chunks of meat and throw them on the floor or nearest wall. No surgeons gonna fix that…

As if that candy ass would be found anywhere near a war zone…not that we’d want his kind there anyway. Too damn soft to protect anything, or stand for anything important for that matter. I feel bad for anyone who looks at that guy and sees someone qualified to be their leader.

Sorry for the rant…but to keep on topic, I’ve (hopefully) got one of these on the way…

If you don’t enjoy your CZ75 copy, I would gladly enjoy it enough for the both of us! In the modern 45 acp! Modern since it is newer than that violent 9x19mm Parabellum ( for war ).

I’ve got a couple of 97B’s (probably my favorite .45 auto - neck in neck with my 1911s) and compared the two via handgunhero, aside from capacity they’re almost a match spec for spec. I’m looking forward to getting it.

@Festus
Were it not for the rather high cost, I would suggest we all buy Ruger Mini-14 rifles and thumb our nose at the dumba$$es focused on cosmetic features. Maybe even march around with them.

I would suggest we all buy Ruger Mini-14 rifles

Already there…I would recommend this, regardless. Great little rifles, but to your point not exactly cheap these days.

I do like the Hera stocks. Here is my AR-47 (7.62x39) minus the stupid plate. Took a bit of disassembly to get that thing out, but I have a very comfortable and functional shooter now.

I would suggest we all buy Ruger Mini-14 rifles a

I did just that a ways back. But when I put the addition on it everybody says it’s scary.

PSA sure sent me a filthy pistol. I don’t mind the grease, but grit and dirt all in it.
Anyways, I cleaned it and lubed it. Loaded both mags with Federal 40gr FMJ.
Running those two mags through, I felt a good bit of carbon blast hitting my face.
And after only 30 rounds, it is filthy again. Never had a rimfire get this dirty this fast.
This doesn’t bother me much unless it starts to effect functionality. More testing.

Now the positives, it is very accurate. I mean, impressively accurate out of the box.
I was just plinking and not trying to get groups, but was hitting groups without trying.

Very smooth despite the grit. No recoil, as expected. Very comfortable in the hand.
I was actually worried about the aggressiveness of the grip texture, but it is just fine.
All the controls are easy to access and maneuver. The sights are simple but quick.
I was firing quickly and getting right back on target. Serrated rear, fiber optic front.

And oh that trigger. This pistol may encourage me to finally buy a trigger gauge.
Trigger feel while shooting feels different to me than when testing a dry trigger.
I didn’t want to dry fire it. So I hadn’t tested it until shooting. It’s amazingly crisp.
While I was shooting, it seemed telepathically linked to my brain. I think, it shoots.

You can do better than that, still not cheap but about half that… 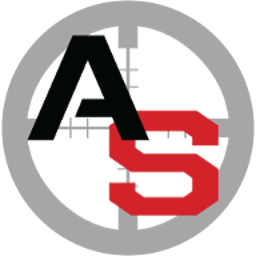 my newest, but ive had it since March added a front fiber optic sight and Hogue grips. may do some other upgrades like a better trigger. its a Ruger Mk4 22/45

Nice what trigger did you install

@Gary @Tphillips
Here is mine. The laser is for my wife who cannot lift a firearm to shoulder height because of an injury. The wood grips are a little large for her but I like them.

It’s a Victory Trigger I also purchased their “Blast Shield “, it removes the magazine disconnect.