Thoughts on the Sub2k going to Ukraine!?

What does everyone in here think on this! I say why not and good on Kel-tec for sending what they can! Im just curious because I know in here there will be no haters! Lol!

Like the old saying goes… the gun you have is better than the one you don’t have. I hope those Sub 2000’s get into the right hands.

If I understood that article correctly, they had already sold the rifles to a distributor in Ukraine. But the conflict interrupted shipment to the distributor. Whether they got paid or not it was the right thing to do ethically and financially. Among other reasons, inventory is taxed.

I saw a video of an interview with the Ukrainian secretary of defense…not sure on that title. But he pulled out and showed a Sub that he had next to his chair! This was a little over a week ago.

Here’s a thought… For every conservative who gets off his/her ass and votes in the July midterm, they get a free Sub 2000. One years worth of donations the NRA would pay for it. And probably accomplish more than the NRAs lawyers.

The former Mayor of Chicago, Richard J Daly (not his son who came later) quietly controlled the Democratic Party and got JFK elected. In return for checking the ‘all democrats’ box on a ballot you got a turkey. And got to keep your job with the city.

They probably would have preferred some AK’s in 7.62 x 39. but beggars can’t be choosey.

Just wondering how much Sub2K ammo is readily available? 7.62x39 must be everywhere.

I know there is ammo being sent! Im also sure 9mm is pretty readily available its probably steal case I’m assuming. It would be interesting to findout some how.

Bet there’s gonna be a supply issue with Norma given most of their brass cases is made in Europe.

I did see a pic earlier of a Ukraine girl carrying a Sub. Thought it bizarre she was carrying THAT in a war zone. Then I see this thread. So I guess they got there. 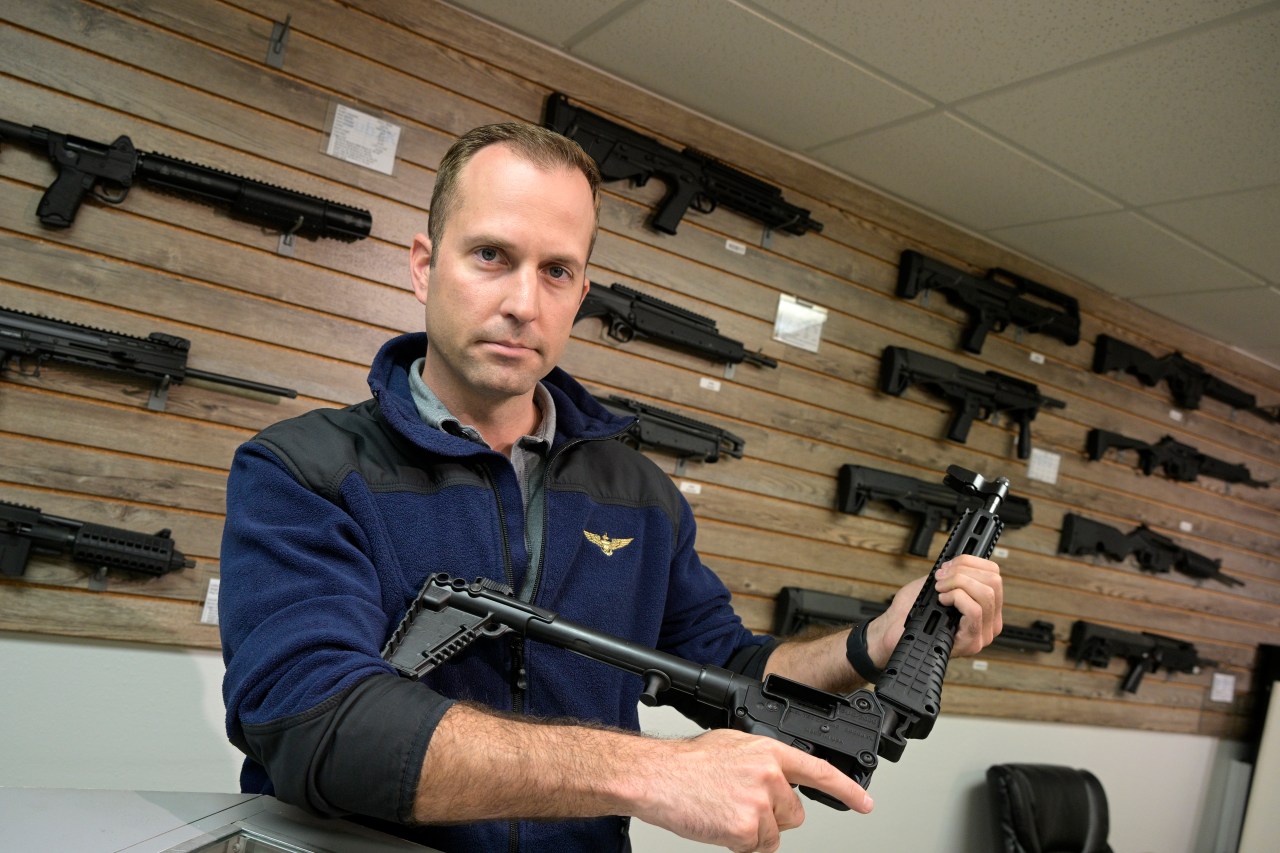 Adrian Kellgren says it didn’t take long for him to realize what to do with a $200,000 order that suddenly had no client to pay the tab.

The interview he did with the local news team was awesome. No surprise this guy is a former Naval Aviator.

Yes, there is a huge undeniable NAZI influence ingrained in the Ukraine government. Yes, SOME of these militias are executing other Ukrainians of political opposition and using citizens as human shields. These are very brutal gangs, and they’ll most likely get the guns.

Russia is not the good guys, but ask someone from Donbass or Crimea how they’ve suffered regular assaults by the Ukrainian government since 2014. Thousands have been murdered and totured.

Shipping the Sub2k’s is knee jerk virtue signaling solely for PR. Ultimately irresponsible because they can’t control who gets these. More innocents will die as a direct result of shipping private arms. If you want help these people, send humanitarian supplies.

BUT ! is that $200k at retail price, discounted or their manufacturing cost for the 400 rifles. Now, if Kel-Tec doesn’t get paid, we have to wonder, when will the price hike to their customers here in the U.S. will hit our wallets. No Company truly gives free stuff away anymore, they’ll find a way to recoup all that money somehow, probably thru a tax write off or their customers, in a price hike. Let us hope it’s not in lower build quality, I surely can’t afford to buy a new Kel-Tec and then run someplace else and order upgrade / fix-it parts, for the the problems they have, for every firearm of theirs I buy…

A question I must ask, what are the legalities regarding this? I seriously don’t know, bit I can imagine this violates some kind of agreement or whatever.

There is a reason that many of the Sub2K M CARBO enhancements appear necessary. The enhancements that aid in function should be added to the ones being shipped.

All legal requirements were met. Export license was issued.