"Tales of the Gun" A historical look

I thought we should have a topic dedicated to looking at the history and evolution of the gun, the inventors and the makers.
.“Tales of the Gun” was a History Channel documentary series.
Although I appropriated that title for this topic, and this first post about “John Browning” is one of those episodes, it isn’t limited to just those episodes.
There are certainly other good documentaries and shows on the subject that will belong here as well.

@ValorSolo @Goblin @Silverback
We were talking about Russian weapons so I thought I would post this one.

what i like about Russian firearms, their guns are simple to operate and maintain, heavy, but impervious the weather and conditions, and accurate. in other words , tough and reliable. a lot of em, even though on curio and relic lists, are still used around the world in police forces, military and private security

@GOBLIN I agree. The fact that they are still in service says something.

This was one of the coolest things I had ever seen, when I was a kid learning about WW2.

Here’s an decent write-up about Weatherby. Thought it interesting after seeing @Festus Richards.

Roy Weatherby’s pursuit of hyper-velocity in elegant rifles sealed his slogan. Weatherby rifles shot flat and hit hard, after all. Seventy years later, they still do.

@jeffing65 Nice article. I do wish my dad/uncle were still around to confirm over 50 years of memory.

@Festus I know what you mean about not having those memories.

Does it have a straight or curved bolt handle?

@jeffing65 Curved. I know the basics of the history but feel there’s more to the story.

Fascinating history of one of my favorite guns, the Colt Python

@Festus I was reading about the vz24 and came across this. Read the section on exports. First paragraph. It mentions the Curved handle on Peruvian guns.

The vz. 24 rifle is a bolt-action carbine designed and produced in Czechoslovakia from 1924 to 1942. It was developed from the German Mauser Gewehr 98 line, and features a very similar bolt design. The rifle was designed in Czechoslovakia shortly after World War I, to replace the Vz. 98/22, also a Czech-designed derivative of the Gewehr 98. The vz. 24 featured a 590 mm (23.2 in) barrel which was shorter and considered more handy than the 740 mm (29.1 in) Gewehr 98 barrel. The vz. 24 was chamb...

@jeffing65 I’ll have to dig again, I had found information saying the Czech Army had some built with the curved bolts as well. There’s a curious “X1” (suffix) in the serial number I have yet to identify. A total history may well prove elusive, judging by how they were captured/re-issued.

@Festus This is a question and reply I found on another forum.

I was looking at a VZ 24 today another collector want to sell and had a few questions. It has letter E then the Czech lion followed by 28. I assume it made in 1928. The Serial number is 8994 X1. I’m not sure what the meaning of the X1 is after the serial number. Can anyone help me on this. The serial number also is stamped on the floor plate and trigger guard.

The overall condition is excellent with just some thinning of the bluing. The seller is asking $250.

The X1 suffix is for a block of 10,000 rifles. It was preceded by V9 suffix* and followed by X2 suffix. The W designation was skipped due to no letter “W” in the Czech alphabet. Numbers within a block were either 0 to 9999 or 1-10,000, I don’t know which for VZ24 rifles. Some early German Mausers were numbered the first way, WWI and WWII German Mausers were numbered the second way (mostly, some WWII exceptions). I suspect the CS rifles followed the WWI German block numbering pattern.

The number is in the wrong location on the bolt. It would have been forced matched by someone, perhaps a German. If it never had a number on the bolt arm, it is probably a CS made replacement bolt. Markings on the bottom of the bolt arm root will show if it is a CS bolt or not. The number on the floorplate is also not original, floorplates were not numbered when the rifles were made. 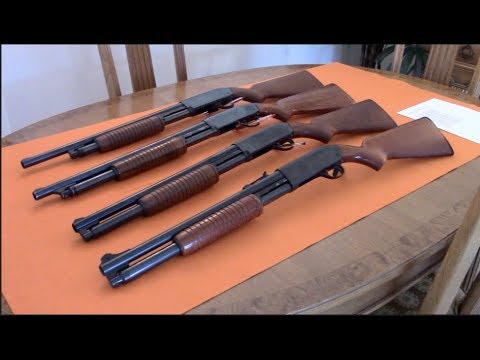