My wife has a Kimber Micro 9 running iron sights. I like my Sig P320 X Carry with Holosun green dot. I really like going to the range with her and shooting pistols because I still have an edge in her there though she kicks my rear with rifles almost every time (frustrating! I’ve shot probably 50 times as many rounds as her and yet here we are…).

Well she likes to tell people I cheat when I shoot my Sig vs her Kimber. I can do 4" groupings with all 17 rounds at 25 yards with the set up on my Sig all day every day. She’s lucky to hit the target at 25 with her Kimber. Plus it’s the most finicky gun I’ve ever owned. Have to keep it spotlessly clean it it fails to eject.

So we were at a shop and I saw a SCCY CPX-1 with a built in red dot in her favorite color. Impulse buy buy I bought it. It fit her hand and, though it felt cheap, it appeared to be set up ok.

Then we shot it.

That gun was dangerous! I’ve never felt a trigger so hard to pull and so long that it almost never fires until you squeeze it so hard you lose target! Then the release… I swear it was out the front of the trigger guard! And then there was the kick. I get that it’s light and going to kick but… Ouch!

So after just 1 clip we stopped. She grabbed her Kimber, I grabbed my Browning 1911-22 just to make things a little more even.

I bought pretty much every mod made for my Sub 2K from MCarbo. Made the gun into what it should have been from the factory from day one. So I checked here to see if something could be done.

I bought the entire kit for the SCCY. Installed it in an hour. I could tell it was going to be better as soon as I felt it. The trigger didn’t have any slack and it just felt better.

Took it to the range and it’s no longer dangerous but… That trigger pull and release is still a mile long. If I could fix that it would actually feel pretty good.

Any suggestions on adjusting the pull and release lengths? It’s probably fine for most people but last weekend we started at the rifle range shooting a Sig Cross .308 with a 2.5 lb trigger and about a 1/2" pull to the SCCY modified to about 5lb.trigger and 1/2 foot pull. It’s a tad jarring to go between the two!

Pics were just some I snapped for reference while installing the parts. I usually take them on new guns after fighting my Sub 2k mod install for a week straight. 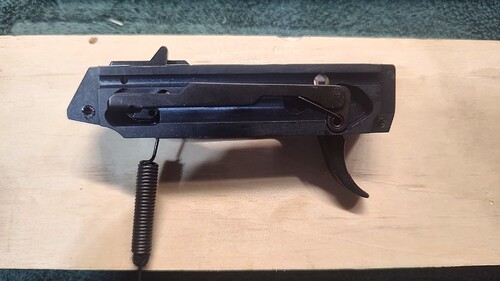 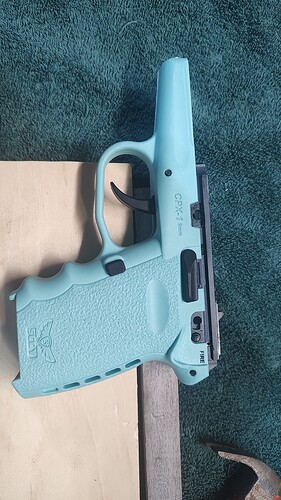 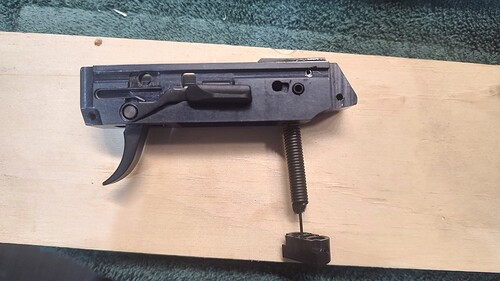 suggestions on adjusting the pull and release lengths

You may see a bit more improvement from a Galloway Kit.

Worlds greatest Truism is You Get What You Pay For. What more can you expect from a $200 Hand Gun? The good news is you didn’t hurt yourself.

No aftermarket improvement will change that fact.

No aftermarket improvement will change that

Yep. Some small improvement as far as LOP can be made, but how far down the rabbit hole is up to the owner.

Sounds like it’s going to become someone else’s problem then.

Literally every other gun I own is mid to high quality. Just wanted something with an optic for my wife to.play with. Her hands are too small for the Sig. Really likes her Kimber but to get an optic on it requires machining and the tiniest optic I can find (the gun is only .6" wide and it only has .8" from the very back of the slide to the ejection port). I really don’t think that’s an option.

So… Recommendations? Gotta be a sub compact, 9mm. Something too small for a man’s hand to hold properly. Think like a 12 year old’s hands and you’re about right (hers are the same size as our daughter’s hands and she’s 12). Reliable and metal body preferred. She likes it to have some weight so it doesn’t kick as hard. Something under a grand all in so probably $600 gun, $300 optic and $100 for taxes and transfer fees.

The SCCY with the factory optic retails around $350 so hopefully I can get $250-300 on the trade in since it only has like 50 rounds through it and it’s upgraded. A lot.

Her Kimber is an excellent gun but it’s kinda too good. Too precise. I want something more like a Ford Mustang than a Ferrari: reliable, solid, and does what it’s supposed to do without complaining that it needs a car wash ever time it rains a little bit.

Damn. It’s a great shooting pistol for its size. I have short fingers for a guy, so the grip is perfect for me.

I maybe be missing something here.
The Sig 365 has a smaller grip than the SCCY you bought.
My wife is very petite and she carries a 365 and shoots it well.
The only 9mm with a slightly thinner grip would be. S&W Shield single stack and then the difference is very small.
If she can grip the Kimber then a 365 should present no problem.

A great website for size comparison on allmost any pistols is handgunhero.com you can see allmost any 2 pistols made side by side end to end and overlapped with all the stats and measurments of everything. If you have a pistol that is comfortable for you and wanting to try something different its a nice way to get idea of what to look at next.