There are a lot of different body cams available on Amazon. Just make sure you get one that’s audio and I/R capable.

And The Man always takes the Curbside to protect His Family, Old School I know’ But I’m Old.

I have a hood walking strategy that has kept me above ground so far.

Ever look at a dude and instantly know he’s hoping for trouble? Practice that look. Scale it back one notch, add a smile and enthusiastically greet everyone that notices you with a simple “whas hapn’n?”

Thugs are universally too chickenshit to jack with you if you appear ready, bordering on eager.

If you meet the rare thug that wants to try you anyway, make your eyes glow red and his mind changes quickly.

I always put my ex-wife on the curb side of the street !

Man my heart started the beat hard. No adrenalin rush which was odd. I carry a knife and pepper spray. I had my hands on both.

Where was your firearm? I don’t mean any offense, so do you live in an area where you can’t legally carry?

Cellphones with video? I always take my phone with me.

Sounds good, but harder to use in reality, at least for me. I’d have to pull it out of my pocket, swipe to wake it up, swipe again to bring up the unlock screen, swipe again to enter the “security code” and that only gets me to the home page. Then I have to bring up the camera (hope it’s in the right mode), aim/focus, and… Whatever it is I wanted to shoot is already gone. LOL

I don’t mean any offense, so do you live in an area where you can’t legally carry?

Here, even if I always carry, I don’t think I could legally brandish a gun just because someone littered.
Has to be imminent gave danger. No “castle doctrine”. Probably is the same for OP?

Sounds good, but harder to use in reality, at least for me.

My Samsung can use the camera by swiping from lower right corner, without actually unlocking.
But yes, drawing the phone from concealment needs practice too

You can say “hey Siri…take a picture”…pretty fast IMHO.
GOOD TO PRACTICE.

How utterly horrible is this? 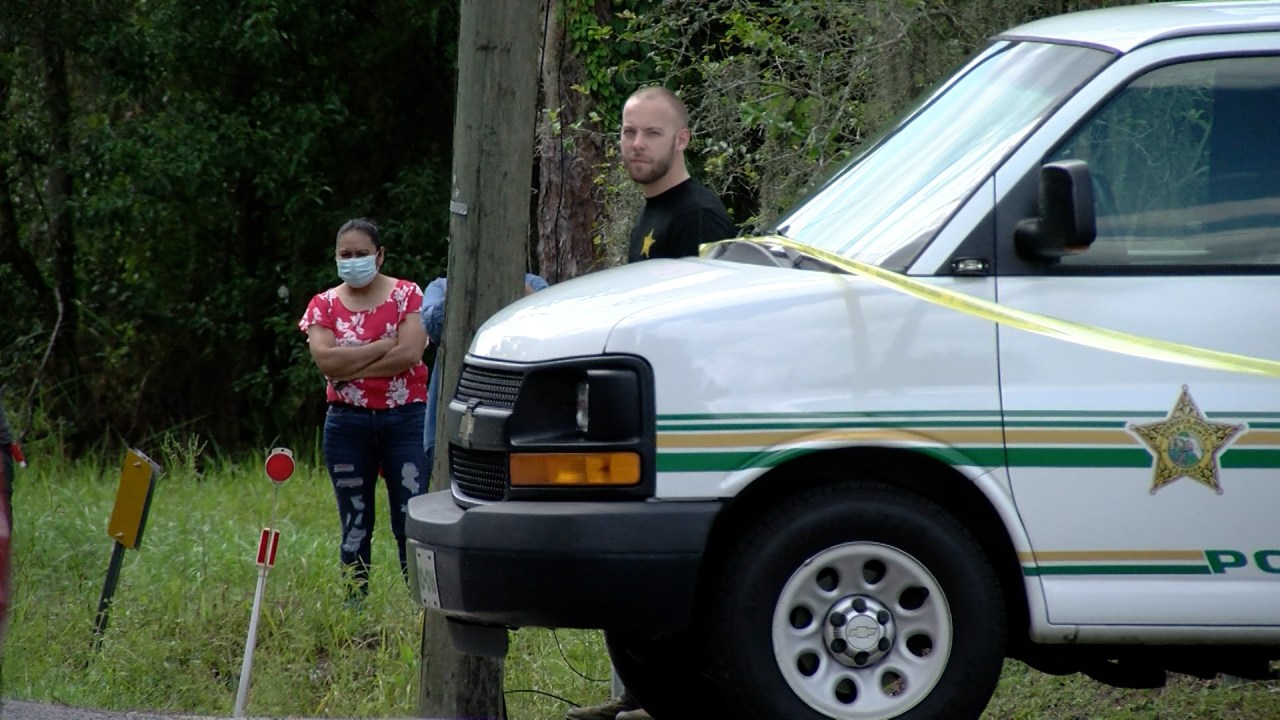 As a Tampa Bay man sits in jail accused of killing four people he did not know, neighbors along North Socrum Loop Road are grappling with their close call.

Here, even if I always carry, I don’t think I could legally brandish a gun just because someone littered.

I replied to CatFood, not the OP. That wasn’t “littering”. CatFood encountered two suspicious ghetto goblins (he said they looked like gang members), who split up, and acted like they were going to flank him on a trail. And, he said this was in, presumably, a secluded area. He also said all he had on him was a knife and pepper spray, so that’s why I asked about the lack of a firearm.

We can carry, but we have a local pd, they don’t issue (need to get denial letter first) then I can apply at the county level. Currently last I checked it’s around 2 year wait time and a few hundred bucks in fees/ interviews/ classes. Interviews of my neighbors, employers/ co-workers regarding my character etc. I’ve made the choice I don’t want everyone in my area know I’m carrying.

It truly sucks badly, I just don’t want to jump through so many hoops when it should be constitutional carry. I’m in socal.

ETA - yes it was a very secluded area. If anything happened 2 v 1 would be bad. I now roll along the lines of I’d rather be judged by 12 then carried by 6.

We can carry, but we have a local pd, they don’t issue (need to get denial letter first) then I can apply at the county level. Currently last I checked it’s around 2 year wait time and a few hundred bucks in fees/ interviews/ classes. Interviews of my neighbors, employers/ co-workers regarding my character etc. I’ve made the choice I don’t want everyone in my area know I’m carrying.

Ugh. I understand. I’d engineer, scheme, finagle, etc every angle to move out of a place like that. I was born and raised in So Cal (Burbank, various other areas in the SF valley, Agoura Hills/Simi Valley/Thousand Oaks area) and my parents moved us to AZ in '87 after I finished high school. It was very nice then (Agoura/TO area), but they saw the writing on the wall before I was old enough to realize any of that BS in the real world. Best thing they ever did, IMO. I used to live in Connecticut and I had a dream job working and flying for Sikorsky because they built the aircraft I flew in the Navy. I made awesome money, but I still quit and got out of that hellhole state. Only lasted about 5 years. They did have shall issue, but the corruption, high taxes, terrible politicians, rude people, crappy weather, crappy traffic, crappy police mentality, crime, crumpling infrastructure, urban blight everywhere, etc was still too much. Can ya tell I hated the place? LOL And, I think a lot of the gun stuff really went way into the crapper right after Sandy Hook. We left right before that.

I live in Utah now and things are great. We just got Constitutional Carry earlier this year and a permit is only $15 to renew it on-line for 5 years. I think the initial was $50, but the renewal is much cheaper (for UT residents) and way simple. No prints and you can even take your own picture and submit it on-line and it will tell you if it’s accepted instantly. I just did a cell phone selfie against a blank wall. LOL

@Wedge Oh yeah we’re doing what we can to try to GTFO of here. It’s bad, inflation is beyond comprehension. Might have a lead to a house in Iowa, not a state of want to live in but it’s not kommiefornia. Just have so much invested in this place now, the gardens, chickens and other stuff.

I understand the invested part but from what I know about prices in kommiefornia you could probably sell and buy 3x the house in Iowa. Have you looked at states with no income tax?

Yep I could sell. Been looking at a bunch of states. Iowa was only a consideration as my uncle lives there and he has a lead on a house for a buck, yes a dollar. Trying to find and get all info about it. Lot size, and what actual condition it is in. The county owns it (don’t know how they came to own it). My uncle says it’s either a tear down and rebuild or a severe gut and rebuild. I don’t want that investment with current shortages and prices of things.

Anyways, not thinking of that now, to much other stuff that is more important for me at the moment. But moving will never be off the table, ever.