I love slings, but I mostly use USGI sling. It’s cheap and it works.

But you know how sometimes you have an acute case of GAS? Thanks to this I got SAP shooting sling, and it’s awesome. It’s 5 times the price of USGI sling and it does the same thing, essentially. Totally worth the price anyway.

I did not use it today though. My first rifle, Ruger 10/22, had some upgrades recently - and it does not have the swivel stud, only QD. And most of my slings only have the standard swivel stud connectors at this moment, it just happened.

Did I mention that I like slings? A couple of years ago I got myself a Rhodesian sling. I really liked the idea, so I could not help it. But I never had a chance to actually use it as a shooting sling. Until today. It was the only sling with the right connector, and I was too lazy to change things up… so I just used it.

Well, Rhodesian sling is not a loop sling. It does not catch to my mighty bicep, and tends to fall down. Still works though. Not going to use it in competitions, but for hunting it should work fine.

No competition for @Teddy_the_Beer but here is my submission. I also shot the progressive, but only scored a 45 since I could barely see the targets on the right at 4x. 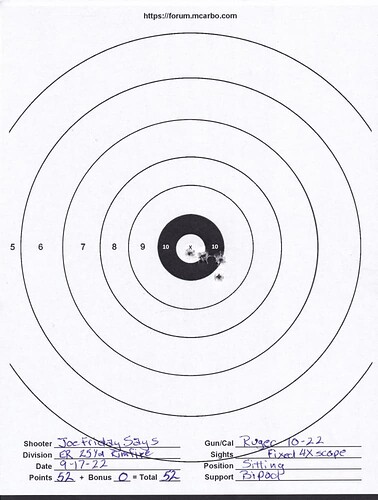 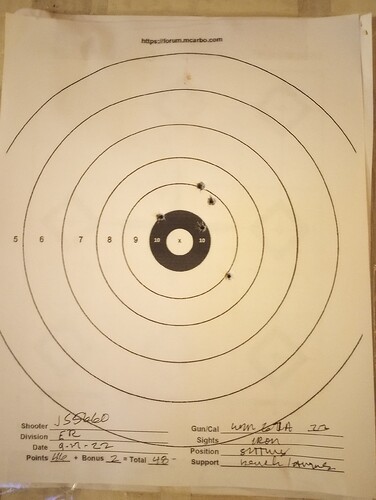 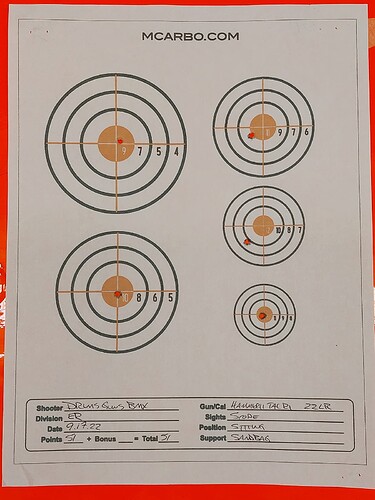 That 4th target - damn! Had a good run going on this one.