Self Defense for Seniors

In my retirement years, the thought of self defense has become a major concern due to the lack of crooks going to jail. Racking the slide on a pistol is no longer as simple as it was in my youth. Hand strength is now a major problem. I am in the process of doing a M-CARBO Spring swap on a S&W “J” frame, and added a Mossy 500 in .410 as my long gun. The “J” frame will be loaded with HORNADY ammo, and the .410 will be loaded with “handgun” 3 ball rounds. My question to others is: What would be your choice(s) be as an older shooter?

I had hoped to add a .357 HENRY “X” rifle to replace the .410 Mossy, but have yet to find a Flash Suppressor that will also let me use the loading tube. Plan was to use a pre loaded “tube”. like used in the SPENSERs, and then

I can tell you the S&W M&P EZ in either .380 or 9mm are very good options to consider for a semi-auto handgun. I bought one for my wife in .380 and the total operation is effortless.

My FNS9 is pretty easy to rack and there is enough meat to the nose that you can “table rack” if needed pretty easily.

I’m a Retiree also - with Inflammatory Arthritis in my hands / finger- neck / lower back / hips/ knees/ feet ! yep! Doctors (4 of them) Say I’m a 'HOT MESS"! LOL…
I use “rack assist” on mine (all) pistols. Plus I retired as a 'machinist/ machine builder" - And worked part time as a gunsmith / counter help & sales. - But I Teardown Mine - and do polishing Job on all Contact surfaces- So everything runs Smoother. Lighter recoil ( drop it 2 pounds)- and this usually Does The trick at making it easier to operate ( plus parts kits from M’CARBO) !

I can tell you the S&W M&P EZ in either .380 or 9mm are very good options to consider for a semi-auto handgun.

My son has one and I can confirm. If recoil is also an issue consider the Ruger Lite Rack loaded with.22 Punch ammo. I acknowledge the limitations of.22 but five or more quick rounds to center mass are a serious deterrent.

for her home defense. I
did some work for a buddy about a week ago and he paid me with this maybe a side assist lever would help

trick at making it easier to operate ( plus parts kits from M’CARBO) !

As an Injection Mold designer among many other things, I do know about working with metals and tight tolerances. While I don’t have my SPI polish standards anymore, not everyone understands what an A-3 (almost mirror) polish level is without a visual reference. Rms numbers don’t mean anything to even most gunsmiths. (Side Note - Injection Mold Machinists are superior to any other Machinists, as they work with tolerances in the tenth of thousandths of an inch,) Polishing is the first step in any quality trigger job, but the ~17 pound spring in a 1911 is a bigger problem. A 3 1/2 pound trigger is wonderful, but only if you can rack the slide.

I agree. the S&W M&P EZ is a great one to start with (easy to rack) and won’t break the bank either.

Those Beretta .380 pistols with the tip-up barrels (don’t recall the model #'s) used to be somewhat popular for those who have trouble racking a semi-auto slide but I haven’t seen one in a long, long time. They were also rather bulky compared to most other modern .380 pistols.

EDIT: Never mind. If they’re bringing this much now I don’t think I want one 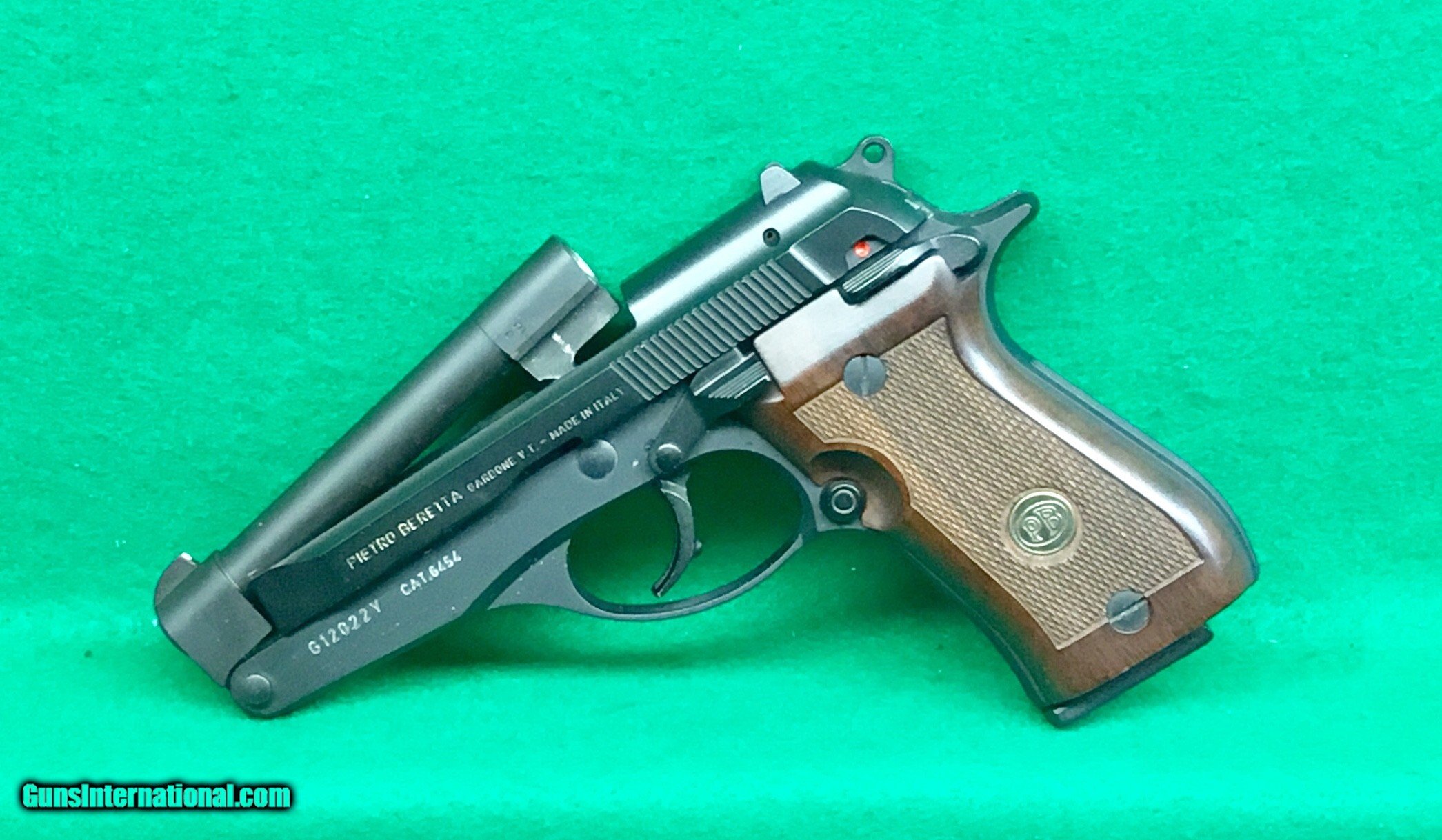 I always looked for slide assists when I was looking for a defensive pistol. I watched my father having problems with arthritis as he got older, lesson learned.

Another thought. I can certainly understand the hand strength/arthritis problem. The Ruger Mark IV™ 22/45™ Lite might be an option. You don’t “rack” it. Instead it has a “button” that you easily pull to charge it. Similar to how my AR works, While it’s a .22 cal it does hold ten rounds +1, super light, very easy to break down and clean and has a threaded barrel should you want to put something kinky on it. Fun gun to shoot and accurate too. The very small amount of recoil helps keep you on target for the ten rounds. Lots of nice features and being a .22 you can get in a lot of practice for minimal dollars. Comes with 2 magazines. Oh…and it looks badass!

Some people have difficulty grasping the “ears” on the Mark Series slide. Fortunately a ring attachment is available that makes racking far easier.

There also are horizontal extenders, but the ring works well while taking very little space.

This may help a bit… 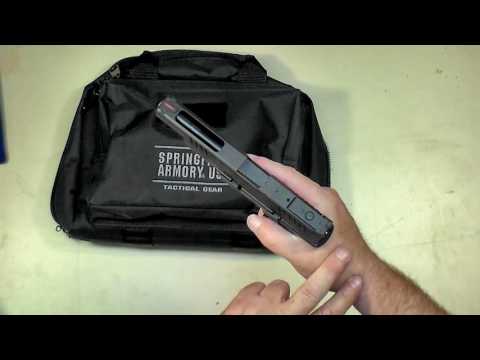 Nice, but for older shooters, the method I prefer is to grab the pistol as if you were going to shoot it. If there is an external hammer, take the non shooting hand and cock the hammer. With the non shooting hand holding the slide, brace that hand against your hip (wrist on hip bone). Be sure that the muzzle is pointing AWAY from your body! With the slide firmly held, and braced against your hip, push the frame/grip to cycle the pistol. The non shooting hand will be able to hold the slide rigid when braced against the hip bone, and the hand on the grip have enough leverage to easily “rack the frame”. Note that one needs to try this in an UNLOADED pistol several times to become comfortable doing it.

Grip Tape/Thin Strips in between the Groves of 1911 Slides Does Wonders. @JoeFridaySays Love the Above also.

I like your setup as is to be honest. A .357 Henry lever would be a great addition, as would a s&w ez 9mm if you can rack the slide. A .22 isn’t a bad option but it is an option if needed for a high capacity handgun.

@Grumpy49, most machinists deal in tenths now days, not just mold makers. The CNCs changed the game on that and allow the engineers to do all kinds of interesting things. I regularly run parts with diameter tolerances +.000” -.0002”.

I started back in the day when we had to make a paper punch tape. and when I worked on the first generation of UNIGRAPHICS, overloaded (crashed) the system numerous times. When I retired, was able to create up to 19 separate layers, so I could simulate a Mold opening and closing. Wish that the typical “gun nut” would understand how far CAD/CAM has moved Machinists from using Files and Polishing Stones to make parts fit together. Now one can create separate layers to represent various parts, and use the computer to “operate” parts to see how they function. If you hold tolerance to +/- 0.0005", and get finishes down to 15 Rms or lower, then no one would ever need a trigger job. Add TiN or CrN coatings to the mix, and now you can have a firearm that was not available even 15 - 20 years ago. Maybe the “Golden Age” for shooters already exists.

I too am an old guy- recently purchased a Taurus TX22. Full size striker fire .22LR - 16 round mag. Has a rail for my flashlights.
Running CCI ammo with zero issues - with a 4” bbl and light recoil can land all 16 in a 4” circle at 7 yds. That should be enough to slow the threat.

Grumpy49, my main self defense gun is a 9 mm RUGER L

Grumpy49,
My main self defense gun ia a 9mm RUGER LC9s with a Crimson Trace laser on the trigger guard. No need to aim with sights or a red dot. Just paint the felon with the laser and you are there.

Of course should cartel or other baddies mistake my home for a target i have other much more powerful “replies”.