Im running a 4-12x Vortex Sonora on my .22lr but I’m finding that I need something more like 20x+ to get to the full abilities of the gun.

It’s a .22 so I’m not looking to go too crazy on the cost. Trying to get something around $150 or so. It’s a range gun only so it doesn’t need perfect glass all the way to the edge of anything like that. Just needs a ton of magnification. 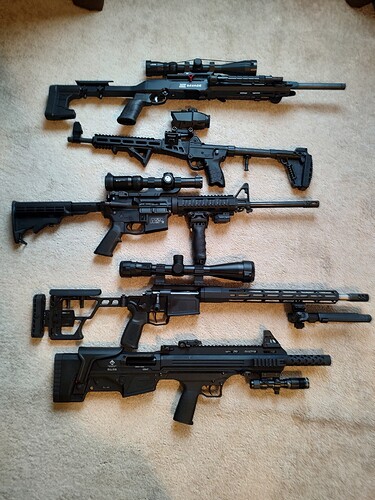 She’s the one at the top.

The others are all ok for the time being except the mil-spec (ugh…) trigger on the AR. I have a .5lb PSA trigger coming to fix that issue. I think I’ll have some fun with that. Swap it in and don’t tell me wife. She likes shooting it (low recoil, high accuracy) so we’ll see if she notices.

I run this scope: 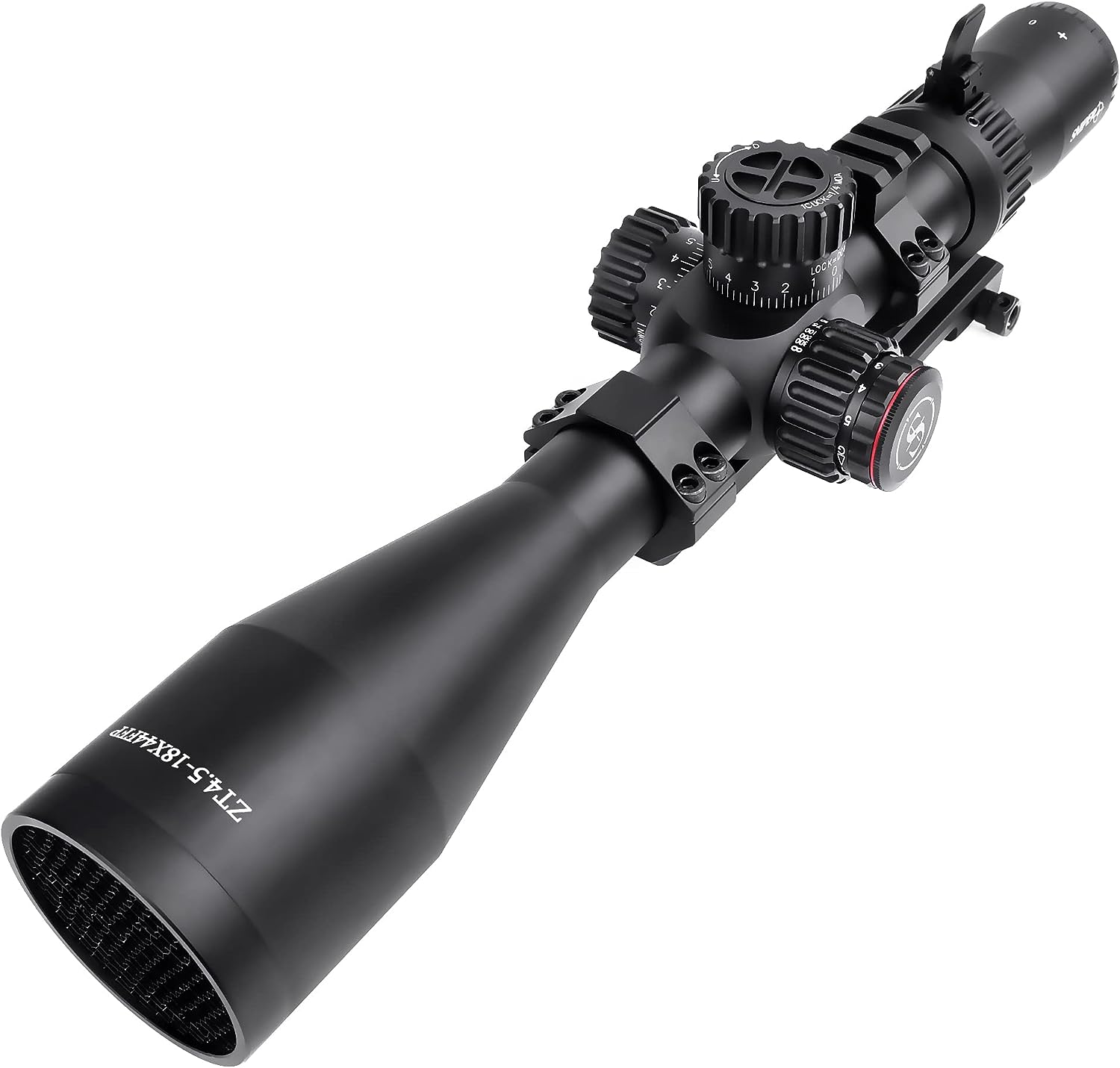 I bought it because it has FFP (First Focal Plane) which means (among other things) that the subtensions (the ticks on the crosshairs) in the reticle stay calibrated at what ever magnification you are using. On SFP (Second Focal Plane) scopes, the subten’s are calibrated to one magnification as stated in the manual. I prefer to be able to know what each subten means no matter how zoomed in or out I am.

It also has a bunch of other bells and whistles: paralax adjustment, illuminated reticle, zero reset turret caps, scope rings, flip up caps, a throw lever for adjusting magnification, and more. Included in the price.

My other “good” scope is the SH-4 Arken - more expensive. I don’t own a Vortex but it might be my next one.

Athlon has some offerings in the price range and they cover their lifetime warranty. I know - only too well. The two I own have gone back a couple times.

Thanks for the recommendation.

Found this one that has a bit more magnification for the same price.

My rings will even work. Probably won’t order until the end of the month though.

The other thing I usually look for is how much MOA/MIL adjustment the scope has. My pick and your pick both say: ADJUSTMENT RANGE: ±25 They don’t say whether that is MOA or MIL on the page I glanced at. If that’s MOA, it has ± 25 inches of adjustment at 100 yards. If that is MIL, it has better than 75 inches of adjustment at 100 yards. Either way, it looks like you don’t have enough adjustment to dial for a 300 yard shot. Not without getting a modified rail or adjustable rings. But if your ranges stay 100 and under, it’s not a problem. When I first started, I didn’t look close enough at the scope specs nor realize what the implications were.

For the big boys I don’t go cheap. My Sig Cross’s scope costs more than my .22 gun. It’s different applications for different calibers.

I use this Bushnell and really like it. I got hooked on it with the app that does windage and drop calcs for you on the fly.