I’m just reaching out to get info and opinions about the Rare Breed trigger. Wondering where it will go, forced reset trigger is still within the current ATF guidlines as NOT full auto, but I suspect it is quickly going to float to the top, pinging loudly on the their radar and they are going to change all that. Thoughts? 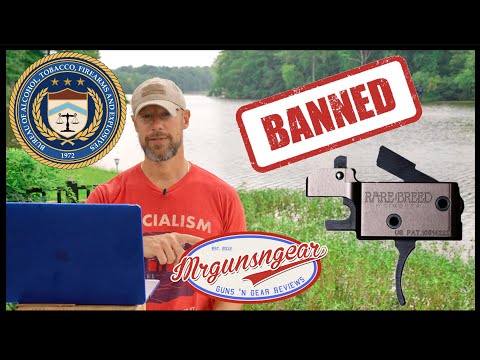 Thanks SoNic, its the same o same o from the ATF. I agree, just let it play out. I’m not expecting a no knock anytime soon

I had a few FRT-15’s. I bought 2 back in February and installed one and after a bit of adjusting (multiple full auto bolts and heavy buffers and springs) I finally got it running smooth. It was a fun mag dump trigger but I had issues with trying to only get one shot off, it would double or sometimes triple tap when attempting a single shot. I was not a fan of that feature so I pulled it out and replaced it with a Franklyn Armory binary. I like having semi auto and binary modes. I ended up selling the 2 FRT’s for $400 each at a local gun show. The guy was so excited I wasn’t gouging him like a vendor selling them for over $1k.