what is wrong with the Glock 43X MOS? LOL.

Where should I start? Just kidding…

That edit was based purely on aesthetics (my version of). Common, functional, reliable and potentially lethal as they may be, my monkey brain finds it hard to reckon it’s just a coincidence that Glock rhymes with “block”…

Even my computer’s autocorrect thinks so… 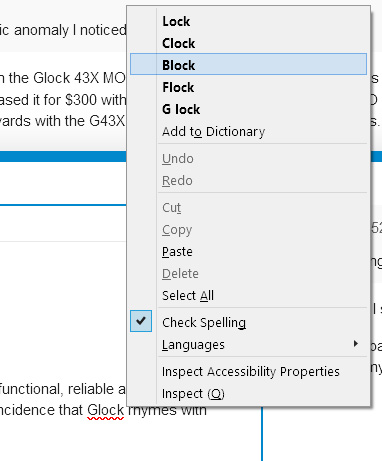 it’s just a coincidence that Glock rhymes with “block”…

I get it, but the 43X went on a diet and is now at thinner Glock Block.

the 43X went on a diet and is now at thinner Glock Block.

I wasn’t so much focused on girth, my 9mm P22x Siggys are pretty plump.

FINALLY had the stars line up and had a no pressure work day that I could take some time from, weather was cooperating and slept decent so I was able to hit the range at 8am before the incoming rain! Was cold but no wind until the end of my session (glad I saved the 200 yd divs til last) Have been wanting to work on getting the my Troy better dialed, but with the brace BS forcing me to go to a carbine length barrel, just had to roll with it. Did start having some trigger reset issues, have to check it out when I clean later tonight. Needed this day, been 2 1/2 weeks since the last time I was out. With crappy weather forcast for the rest of the week, I was stoked to get some time on the outdoor range. Looks like I’ll be indoors with the pistols practicing for the next bowling pin match and the HG divs.

Looking like an impromptu range day today - forecast changed and it’s in the 50’s!

On the down side, the issue with my Troy was the buffer retainer pin broke and the the tip ended up getting caught in the trigger. Looks like something wasn’t put together right - where the weight on the back of the bolt meet there’s a slight step (it’s a 9mm blowback) & it looks like it could have been chopping away it. I looked at the broken off piece under magnification and it wasn’t a clean break; one side looked as if it was filed down/worn until it eventually snapped.

I had the same thing on one of my 9mm AR’s.
I ended up installing a stronger pin that I found on line. That solved the problem.
A good policy is to not let the bolt slam forward on the gun without a loaded magazine, that imparts a lot of force on that pin which can induce failures.(Not saying that was your problem) 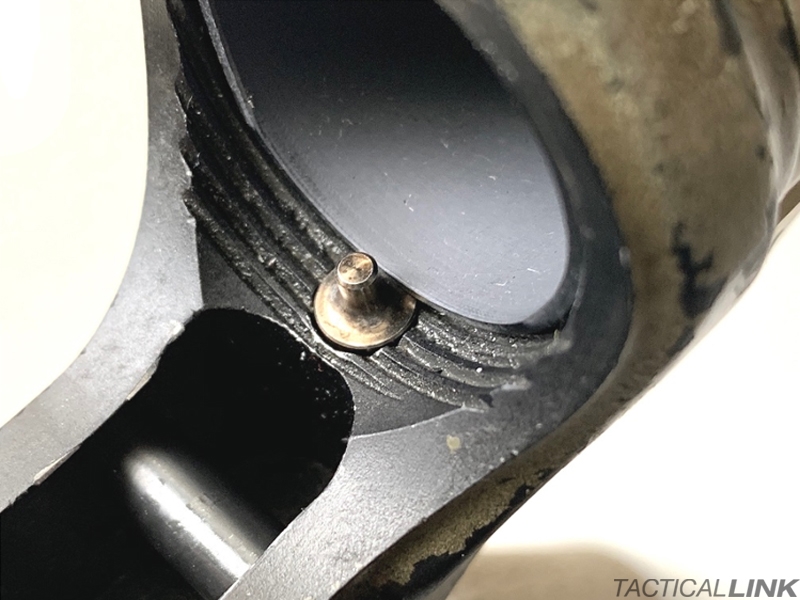 A good policy is to not let the bolt slam forward on the gun without a loaded magazine, that imparts a lot of force on that pin which can induce failures.

The buffer should not contact the pin when closed. The pin is only there to keep the buffer and spring from coming out. If it contacts the pin when closed the receiver set and /or BCG is out of spec.
Test: Watch the buffer as you close the receivers, the back of the BCG should lift the buffer off the pin. If it doesn’t, setup is out of spec. Usually hole is drilled to far to the rear.
Two options, there are a couple of offset pins available (sometimes) somewhere online, Last one I worked on with this issue the offset pin was unobtainium, so I put the buffer in the lathe and cut a small shelf around the edge to clear the pin. Another option would be to fill and re-drill the hole in the correct location.
If the buffer contacts the pin during the firing cycle, the pin will eventually fail and that little piece of metal has the potential to break off and damage internals. The extra strong retainer pin will beat up the buffer and either bend or break off eventually if out of spec.
It may not have happened yet, might not happen for a long time, sometimes the pin just bends over and doesn’t break off, but it is not correct so why take the chance.

AR-15 Offset Buffer RetainerThose of you that have had the ‘problem’ know that damaged buffer faces are caused by an out-of-spec buffer retainer pin location or even a bolt carrier. And it doesn’t take much! A ‘beat up’ buffer face is mostly...

Another option some on the ar forum are doing is not using the pin at all, just stuff it in when you close the receiver and remember not to let it come flying out when you open.

Thanks AV8R & Albroswift for the info - I’ll check it again tonight now that I know what to look for & take some photos. Could a contributing factor be there not being a hold open on the last round? That would be the same as letting the bolt slam shut when empty, no?

The bolt slamming home on empty chamber may or may not be a bad thing, I don’t worry about it. I can’t see anything that would be affected, maybe the receiver? Regardless if the pin is in the proper location it wouldn’t be affected, and if it’s out of spec, round or no it’s taking a beating. 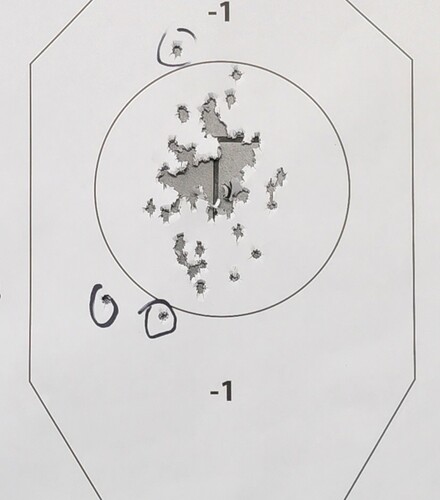 I just set up a date with another guy. At a range so it’s totally cool, right? Oh and he’s also a customer of mine.

I really need to let off some steam…

I just set up a date with another guy 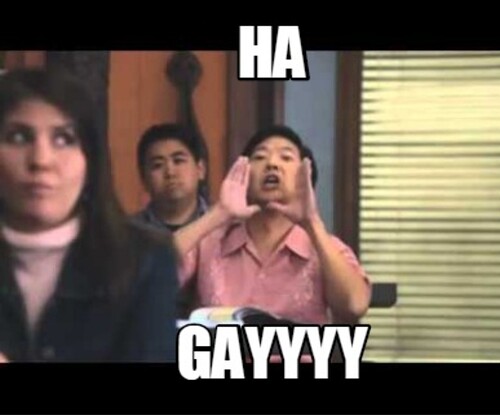 Only gay for the stay (at the range). Don’t hate.

The ranges are closed due to the ice storm here. My instructor (Oklahoma State IDPA Champion) asked me to record a few mag changes and post so he can review. This is a new method I just started.
Speed will come, first goal is to not suck. 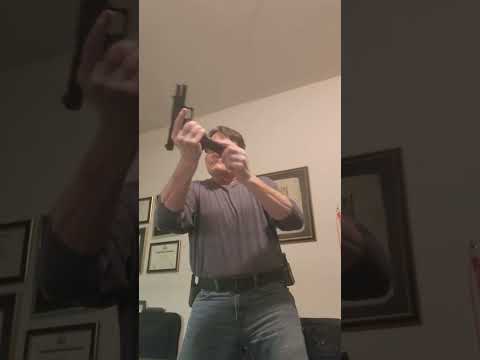 When I “peek” down I look for the visual dot I painted in my magwell with flourscent green. I know I have the right angle when I see it. 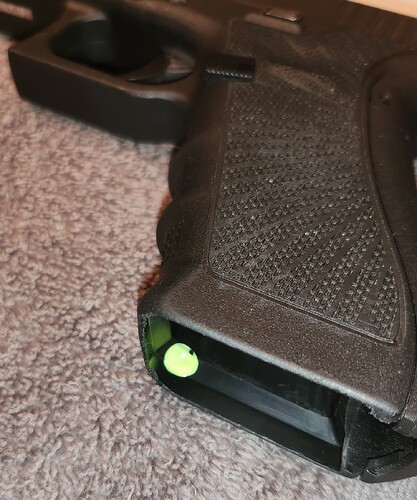 I need to “dig deeper” in my mag holster… 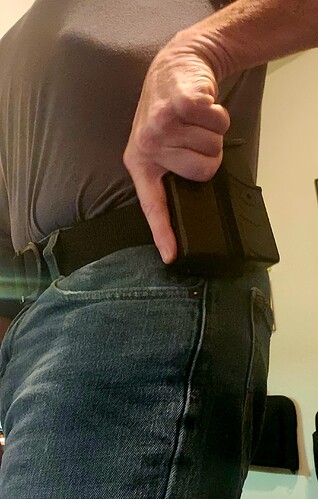 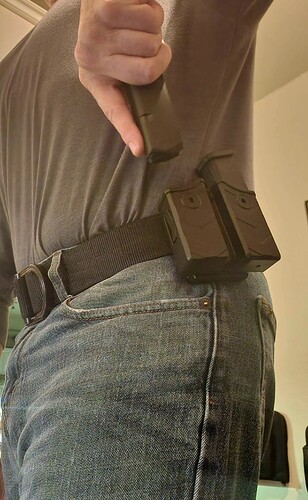 Lookin pretty damn smooth to me brother. Trying different techniques to try improve your skills and find exactly what works best for you is great. Pratice practice practice thats all we can do to better be prepared for whatever comes our way.

My instructor saw the video 19 minutes after I posted it and sent me this screen shot showing my finger should have been higher on the mag. This gives more stability and puts the magazine base more solidly in my palm to slam it home properly. He has quite the attention to detail…

Tip of my finger should have been higher on the mag… 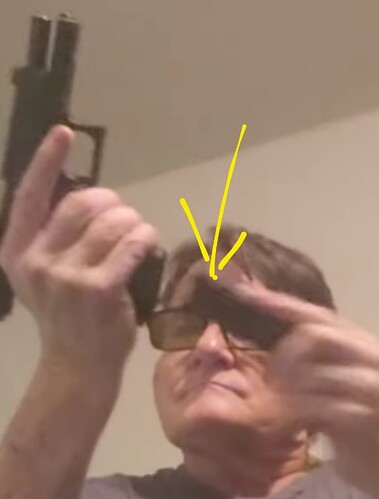 I am far from an expert. I post videos for fun, for my instrutor to critique, and to help others learn with me. There are TONS of videos with pros (eg @Kona) that are rocket fast.

It appears that others want to see this type of content as well. Posted less than a day ago, and… 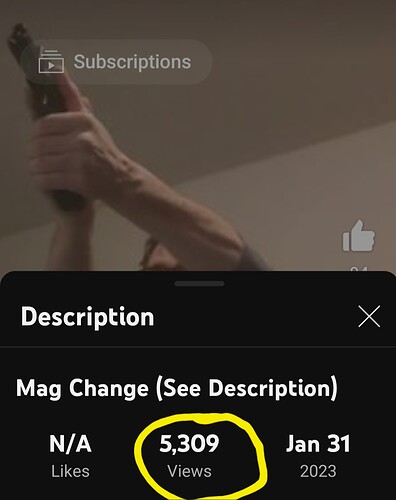 This is my instructor doing a recent IDPA stage, Mozambique drill at 7 yards. 2 shots center mass, one to the head on each target and a mag change. 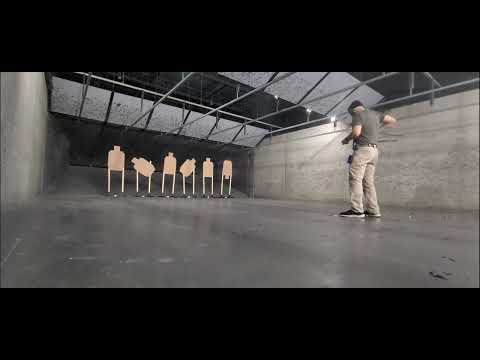 So I was faster, but he was more accurate. There is a balance of speed and accuracy. I was pretty happy with that… especially with iron sites (verses his red dot).

The upside down target makes you think. Lol.