@AV8R Well Nigel you are going to be here practicing your “controlled crashes” later in the month… maybe they will release the chains to get out and visit… my treat.

If you can’t bring a blaster and some ammo… I got 'ya covered my friend. For one, you can help me sight in and shoot this little guy you helped me build last year… I haven’t put a single round through it yet. Been waiting for 'ya

Sounds good to me! I’ll look forward to it.
Still no word from the Ivory Tower yet.

Got everything packed up and ready to go to the range tomorrow!

It’s suppose to drop down into the 70’s here. Brrrr…

Speaking of quiet-any of you ever see these kinds of “oil and fuel filters” before? Who would have ever guessed the BATF was in the car parts biz… 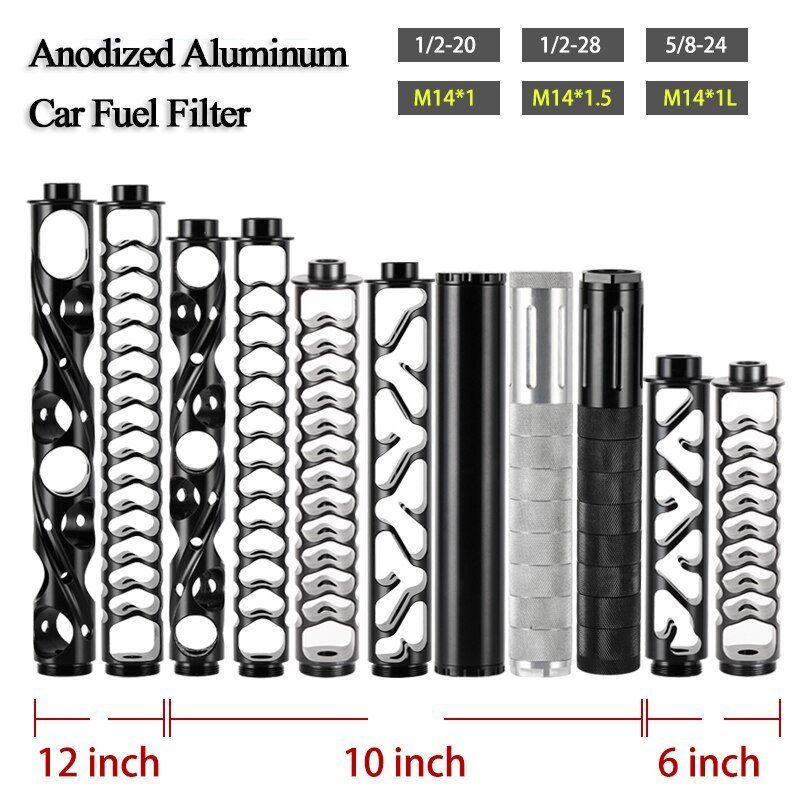 Full RefundDue To Quality Issues There is a warehouse in Los Angeles and New York to facilitate delivery. Handling timewithin48hoursafter payment.(TRACK YOUR ORDER) Before you receive the goods, we havePayPal guarantee. 10 1/2-28, 5/8-24 Fuel Filter,...

I have, I have also read reports of purchasers getting a visit from the ATF.
Apparently they take a dim view of not using them for their intended purpose.

Speaking of quiet-any of you ever see these kinds of “oil and fuel filters” before? 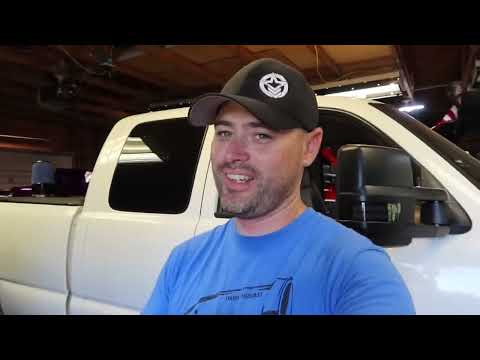 Here’s an older legal case about the filters. Dude is a dumba$$, but they still got him for the filters as suppressors.

In Maryland, a U.S. District Judge sentenced Ronnie Candelario to 41 months in prison for pleadings guilty to the possession of an unregistered fuel filter silencer.  Following his release from ...

Daaaammm…I wish my gun range looked like that. I’m jealous.

The word of the day is “solvent trap”. No i dont have or plan to have a use for one but i can deffently see the use if you dont want all that gun oil and cleaner running out the end of barrel onto your carpet. When i first seen the “solvent traps” i said this want last long and damn sure gonna have alot of people in trouble. And i also must say that guntry club that the Eskimo hangs out at looks like a place that would turn me away at the door. Very high brow lookin. Dare i say fancy.

And gun club my ass…he seems to get to come and go from Valhalla at will with the looks of that place!

I wouldn’t even change the tire on my truck in the parking lot of this place.
Let alone go there…

Well yesterday’s range trip was quite fun! Had the place to myself untill around 10:30. Was cool as when ever I wanted to stop shooting and change my target I could, just stop and walk down range and not wait for the cease fire call.

Got the RDS on the glock re zeroed. Damn thing is a tack driver…on a rest lol. Ok, no matter how many time I dry fire the damn thing it just doesn’t fit my hands. But I’ll live with it. Now the function check of the cz sp-01 after I installed the cajun stuff, damn, my new favorite hand gun hands down. Why oh why did I wait so long to buy and install the parts! 10000000% worth it. I can say the barrel bushing tightened up the group’s a bit more. So I consider it worth it. Trigger break was crisp and reset amazing. If only 9mm wasn’t 35 bucks a box. Was drilling the 50y steel target with the cz and glock.

All my 9mm’s I took out got a function test of my defense rounds. Federal hst’s and speer g2’s v2. All shot amazing. Zero jams.

The ar got zeroed with its new 1-8 lvpo, though I need to go back out as I changed a few things on it after the range trip. Replaced the brake with a 3 port brake. I took the handguard off for some reason so I’ll need to recheck the irons.

The ar6.5 worked fantastically. After help from the large ar platform guys (308ar forum) and @Albroswift Got the buffer changed out and a EA buffer spring installed. Worked and cycled perfectly. Ok great. After a mag of flawless functioning, gas block tuning commenced. Got it set to cycle the 140 grains perfectly, man I’m not used to that type of recoil pulse. Can’t really explain it, like smooth, quiet, and can feel every internal part moving. It was odd but cycled perfectly and felt great.

Tried out some American eagle 120 grain, would only cycle ever other shot. So I opened up the gas block a bit, worked perfectly, same recoil impulse. These grouped a bit better then the 140g. Then moved onto the prime 130 grain. Well it didn’t cycle any shot. So readjusted the gas block to get it to work. Mistake number 1. When I bought the prime ammo and checked it, I could hear the powder in the case when shook. Not when I got to the range. So sometime between when I bought them and yesterday the powder must have gone bad. They were inconsistent, some had the super smooth recoil impulse and some felt like I got kicked. Mistake 2. I should have stopped when I noticed that, my mistake. But no damage done and no kabooms.

Did pull a bullet from the prime and the powder was clumping and wouldn’t dump freely from case, the grains were all stuck together. Did not burn fast at all too.

Big mistake number 3 next. I guess, when I installed this scope and mount I had cleaned the bolts and threads but never put any loctite on them

. Man wasted all that ammo and have to again tune the gas block and zero sigh.

Got it laser bore sighted tonight (waaaaaay off, like 6 mills left and 5 mills high). 100% loctite is on there now.

Last call shots were made, dude to the right unleashes a semi auto shotgun as fast as he could. Well thank god I didn’t have any mail in matches up. Pelted the 2 targets I had up (the wood is still good), for some reason I found it funny when he did that as his wife or girlfriend lost her ship.

End of the day, it felt great to shoot, guy next to me let me collect his 5.56 brass (around 200 shells) and chatted with the rso about war birds. So it makes up for the loose scope mounts.

The 123gr Hornady seem to group and chrono better in the brothers 6.5/18" BA barrel then heavier bullets also.
Sounds like those other bullets are crap, but you could reclaim components and charge with more consistent powder.
After the second adjustment of the AGB, did you try the 120s again?

@evL You wouldn’t have to… the valet would do it for you.

Well that is nice to know!

@SoNic 6.5cm or creedmoor, in future posts I’ll just spell it out lol

6.5cm or creedmoor, in future posts I’ll just spell it out lol