I thought this was an interesting topic to explore. Let me know what you think. 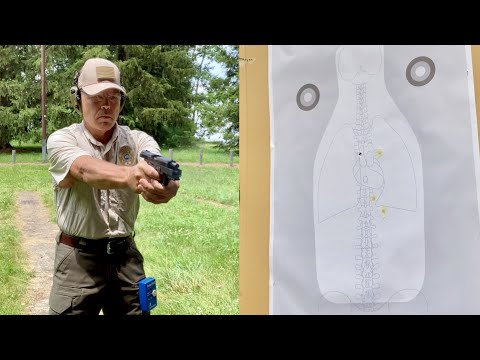 That is the beginning to seeing beyond the target. Since you are not focused so much at a distance to the end of your arms length, you are able to see the surroundings around the target better. Only time I use my sights at 5 yards is if I am trying to sight the fire arm in. Even with my cheapest worst shooting pistol, at 5 yards I can unload the mag and maybe have a knick or two, but I am going to put down the threat.
I bet you anything that the guy who taught him this is also very good with a rifle. While it is slightly different, the ability to focus on the end of your pistol (not your sights) and a target at the same time is maybe what they mean when they say “it should feel like an extension of yourself”. But back to the rifle implications, shooting that way with a pistol for a fair amount of time, teaches your brain to be able to focus on two different things at one time. When I am shooting rifle, I use the sights, then at the same time I see the target and it is like I can begin to see the path of the round, before I even fire it. Basically everything becomes one picture and you just have to get it all aligned or focused or something like that. Kind of hard to explain.
My wife asked me the other day if I could do something like the motion of hitting a speed punching bag, except have my hands go in opposite directions. I said sure and did it. She can to, but she said many people struggle with that. I said yeah but you have seen me play drums also. She said true you have to concentrate on more than one thing doing that. I said it goes further than that. I did not have drums as a kid, I was left handed, however any chance I got to sit at someone’s drum set, they were right handed. So I play drums in an unusual way. Same with writing, I was left handed, but they made me write with my right. Same with baseball, I batted left handed, but the coach also taught me to bat right handed. I did always throw right handed, but that could be because I was always using an older brothers glove from the time I could walk, but I do remember at first taking the glove off to throw it back.
Point is, that you use different parts of your brain, and I think somehow that when you can focus on more than one thing and the bigger picture, it has an affect on how you shoot as well.
I do not know. I am not a doctor. But I have noticed some things in my time on this rock. My wife is heelva shot for so little practice and she is able to focus on a couple things at once pretty easy as well.
Or it has nothing to do with nothing, IDK. But I did not even know people did not shoot like me until later in life. In the end maybe it is like shooting skeet, I do not look at my sights, I just point and shoot. Skeet, an imaginary line, the end of the shot gun. Then just with less bb’s.

Another great video and congrats on your recent milestone (500 videos).
Point shooting 22LR is tremendous fun at close range targets, beer cans.
Thanks for showing how effective it can be in close up situations.

Stretching your arms in front of eyes and careful aiming, when the threat is at 3-5 yards, is a sure way to get disarmed and killed. 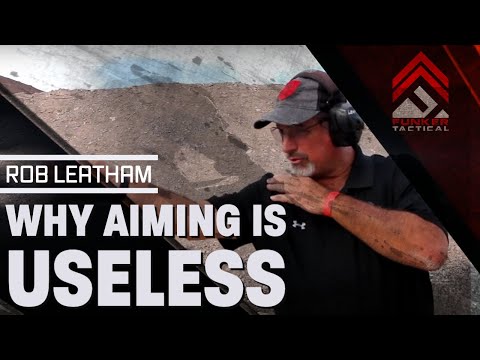 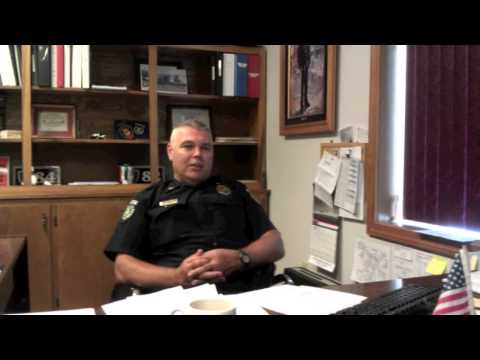 I was searching for videos on drills.

I’ve heard this described as ‘gunfighter’.

Although it conflicts with most of the pistol training I have invested in for years, there’s something to it.

When I was a kid, I hung old golf balls from string in our basement, where I shot my co2 BB guns. I had a long gun and a pistol. Both repeaters. With practice I could reliably hit the gold balls rapid fire.

I wasn’t really aiming. I was pointing. Later in life I uncovered a natural talent for Whack A Mole. Especially using two mallets. I should have gone pro.

I think some people have very good eye-hand coordination. Some can sing. Some can dance. Others draw or paint well. Or have a unique athletic ability. Shooting is no exception.

This method has been around for a long time in some law enforcement agencies.
I remember doing it years ago in our semi-annual qualification and our mandatory 4 year re-certification for Police Standards.
I think it’s definitely worth practicing once and a while.

Not as far of a distance like Howard did in his test. It was usually at the 3 yard and 7 yard line string of fire. No farther.
Starting from a holster draw then low ready position.

Also we practiced it with one hand point shooting using left then right hand. Once again short distance.

You might be surprised how bad some of us shoot with our opposite hand.

Of course the logic was what you do if you the loose the use of you strong hand.

If you haven’t tried it, try on your next range visit.

If you haven’t tried it, try on your next range visit

Neither does mine. I didn’t explain it that well. We went from a holster draw to a low ready. Then from there watched for the target to turn to face you for X amount of seconds.
Larry