In Boston Harbor, a group of Massachusetts colonists disguised as Mohawk Indians board three British tea ships and dump 342 chests of tea into the harbor. The

Been slow on this subject for a few days so:

A little over one month back in country from 13 months+ with 2ndBn 5th Marines in Vietnam.

I had the honor of walking down the isle in a big Catholic Church with the most beautiful Stewardess National Airlines had flying.

Happy Anniversary to you good sir!

On this day in 2017 my daughter was born. Happy 4th birthday Paige

On December 24, 1914, World War I was put on hold at various battlefields around Europe, and warring sides came together in what would later come to be known as the Christmas Truce.

Pioneer entomologist E.O. Wilson passes away.
I grew up watching this man along side Sir David Attenborough 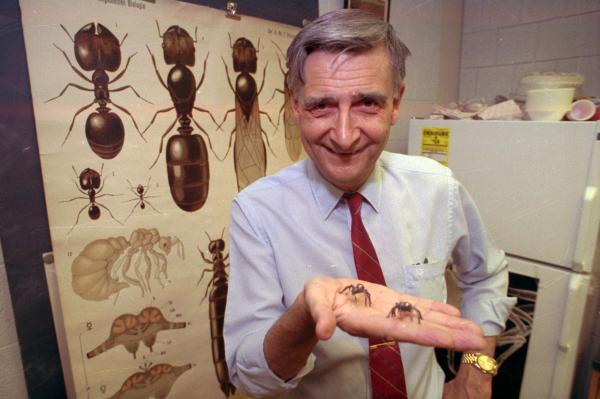 Edward O. Wilson, the pioneering Harvard biologist who argued for a new vision of human nature in “Sociobiology” and warned against the decline of ecosystems, has died. He was 92.

49BC: Julius Caesar crosses the Rubicon beginning the start of the civil war that will led to the reorganizing of the Roman Republic to the Roman Empire.

1920: The Treaty of Versailles officially goes into effect.

1985: Sandinista Daniel Ortega becomes president of Nicaragua and vows to continue on the country path to socialism and ties with the USSR and Cuba.

Not sure which year… decade… century… or millennium… but, it’s @HandyDave 's Birthday today.

Thank you guys. Its just another day to me. But the year was 1984 when a little hell raisin child was born. Nurses all gatherd round and gazed in wide wonder at the joy they had found. Head nurse spoke up said leave this one alone. She could tell right away that I was bad to the bone. Its also my puppy dog Lucie’s bday shes 4 today. Shes having steak for supper and im having pizza hot pocket.

On January 13, 1128, Pope Honorius II grants a papal sanction to the military order known as the Knights Templar, declaring it to be an army of God.

On January 13, 1128, Pope Honorius II grants a papal sanction to the military order known as the Knights Templar, declaring it to be an army of God. Led by the

By the time the Crusades ended unsuccessfully in the early 14th century, the order had grown extremely wealthy, provoking the jealousy of both religious and secular powers. In 1307, King Philip IV of France and Pope Clement V combined to take down the Knights Templar, arresting the grand master, Jacques de Molay, on charges of heresy, sacrilege and Satanism. Under torture, Molay and other leading Templars confessed and were eventually burned at the stake. Clement dissolved the Templars in 1312.

The modern-day Catholic Church has admitted that the persecution of the Knights Templar was unjustified and claimed that Pope Clement was pressured by secular rulers to dissolve the order.

Isn’t that so sweet of the modern day Pope to do that.

Knights of Columbus we charged with the destruction of the Templar Knights.

1784: The Treaty of Paris is ratified by the Congress of the Confederation in Annapolis, Md.

1911: Eugene Ely becomes the first person to land on the deck of a ship (USS Pennsylvania)

1977: Scientists identify a previously unidentified bacterium later to be known as Legionella which is the cause of Legionnaries’ disease