Bit of an odd situation. Nocturnal feral pigs are once again roaming the neighborhood. Almost took one out with the car then I recalled the bodyshop estimate when the big doe ran into the side of it and restrained myself. Finally got the Walther out of my pocket and fired one round but once they’re out of the headlights it’s mighty hard to aim (I really should have emptied the magazine!). Any recommendations?

What round are you trying to use? The skin on those pigs/ hogs are pretty thick.
As far as lights, I like the TLR 1 HL

Only had the 9mm PPS with me. But they were running up the side of the road so it was very short range. Gonna switch over to the .40S&W today. My night vision is not what it used to be…

If this was coming at me, I would feel better with at 10MM 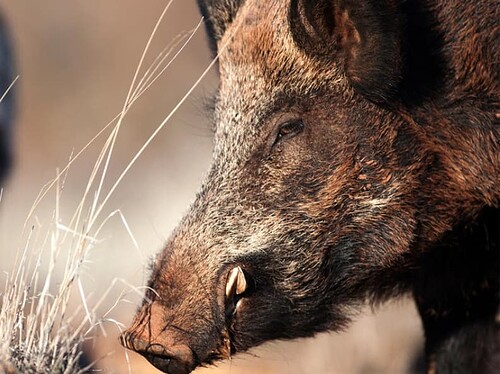 The first one seen was a good size. It kept trotting alongside the road and I was keeping him out in front of the headlights whilst trying to unzip the gun pocket. When I took my eyes off him and was using both hands trying to get the zipper open, it quickly cut back across in front of me and it was all I could do to avoid hitting it. It then ran up the bank and out of sight. As I started on up the road there was a group of various sizes also trotting up the side of road. I took the one shot but doubt I hit anything as I didn’t hear one squeal. They all really took off. I stopped, got out and was using a flashlight to look for a blood trail when the damn thing quit! I am beginning to really despise rechargeable batteries! 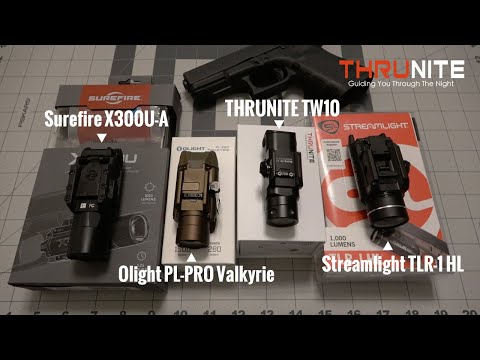 When I went mobile hunting, we used special lasers and nvg. Since I retired, a lot more use of IR systems. For 4 legged pigs, a stout cartridge and a visible laser. Lights are great, night sights are awesome, but my eyes are old and meat is meat. I use ghost ring and front globe on my rifled Mossberg 935 for hogs I intentionally hunt hogs. My 1911 with fiber optic front sight works well in the low light. But with vehicles and shooting, I prefer a laser. 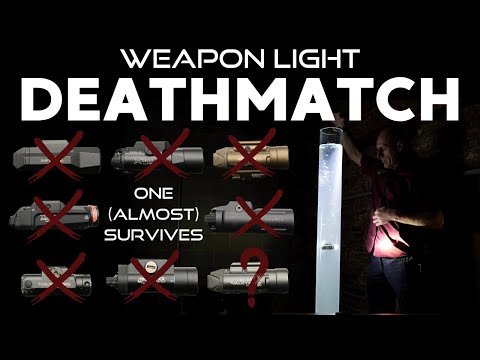 I prefer a laser every day to a light, crimson trace laser.

I stopped by Blairsville Drug & Gun this afternoon. Yes, there is indeed a local chain named exactly this! A drug store and gun store all in one. Ammo stock was surprisingly decent and the clerk said prices were starting to go down. They carry nearly every brand of firearm but Walther-or at least-I did not see any in the counters.
But I went to look at their selection of StreamLights and SIG lights. They had one tiny SIG light that @ 450 lumens was downright blinding even inside the store! $119 plus tax. It would have been perfect for lighting up hogs from in the car across the road. The only other interesting one was a light w/ green laser. Now we’re talking! Really wanted it but the dern thing was $259! May have to save my pennies for that one.
But… (there’s always a but in my life!) I get home and quickly learn that lightning has struck my Dish box and my one and only TV… GRRRRR!!! When it rains it freakin’ pours!

First recommendation, NEVER shoot blindly or without knowing what’s behind the target! I have an O light mini on my carry piece when I’m out in low light areas. It was cheap, recharges magnetically, and lights things up really well. That being said, when I’m in the city and just running to the store or somewhere I need to conceal, I have my little Mossberg MC1 with night sights that I carry.

I like having separate illumination from my firearm. Personal preference.

I have drawn my light numerous times for polite and impolite reasons. Having a light on a sidearm has it’s valid points. Maybe both?

I use a fiber optic red front sight on my pistols with a plain black rear notch. Works great in my neck of the woods.

That night I kept the car alongside the group of pigs up the road about a hundred yards until there was a high bank behind them before taking a shot.
Rest assured-my father drilled that sort of stuff into me well and at a very early age!

If this was coming at me, I would feel better with at 10MM

How about a handful of these unholy spawns of Satan locked in on your position? Javelina’s. Didn’t even know these f—ers existed until I moved to the desert. 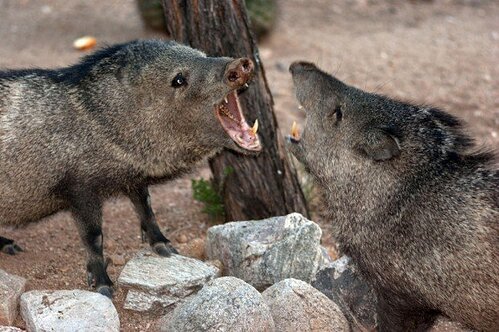 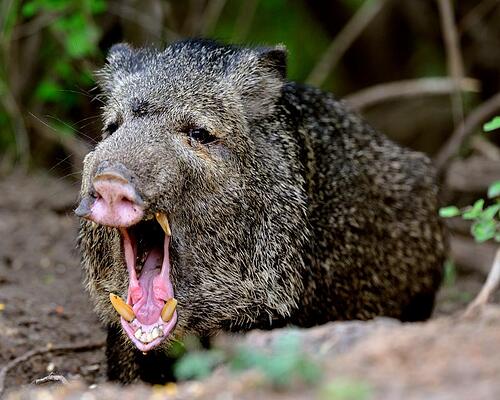 Stinky little critters. Nothing like hearing them popping their teeth when walking out to your deer blind in the dark of morning. They are all over south Texas.

Having a light on a sidearm has it’s valid points. Maybe both?

Have this Crimson Trace light/laser combo on my XDS.

How about a handful of these unholy spawns of Satan locked in on your position? Javelina’s.

What the … I have never seen anything like that. They look like mini-boars on crack. For those creatures, you may need to go with a belt fed weapon or a flame thrower LOL.

Cooked properly, they are pretty good, well, not bad anyway. They need to be skinned and gutted ASAP. Care must be taken not to cut the gland near their ass end and be prepared for fleas, they are usually covered in them. I used to sear the hind quarter on a pit, then throw it in a roasting pan with potatoes, onions, carrots, mushrooms, mushroom soup and onion soup. Cook until the meat starts falling off the bone.

Me n’ Pop made link sausage out of a couple. Cured it outside in a screened porch then grilled some over mesquite charcoal. Sweet Manna from Heaven! He loved it but fresh sausage has always been his #1 food since he was a kid. He said he loved ‘hog killin’ time growing up on the farm because he always got to eat as much fresh sausage as he wanted as they would butcher 10-15 hogs every winter…