With SHOT show just around the corner, I figure we’ll need a place to discuss upcoming new firearms. I came across this one today

Before all the haters show up heres one for the hi point fans even if im the only one. There introducing there 10mm pistol. And like all there other firearms the mags are interchangeable with there carbines of same caliber. HI-POINT JXP 10mm | ALL NEW Magnum Caliber Pistol - YouTube

I don’t know how I feel about this one. It’s basically a lever action AR-15

The Tombstone 9MM is POF-USA’s take on a Modernized Lever action rifle, chambered in 9MM. It comes in at 36” in length and 5.75lbs empty.

I see exactly zero point in a lever action AR…

To circumvent the assault rifle rule

Lever guns have allways been cool. And since all these “assault weapons” bans and crazy talks and rules lever guns have came back to the front of buyers list. Does anyone need a over priced lever action ar style rifle? No nobody needs it. But the cool factor will sell millions of dollars of them im sure. I know ive bought plenty of junk over the years cause it was cool. 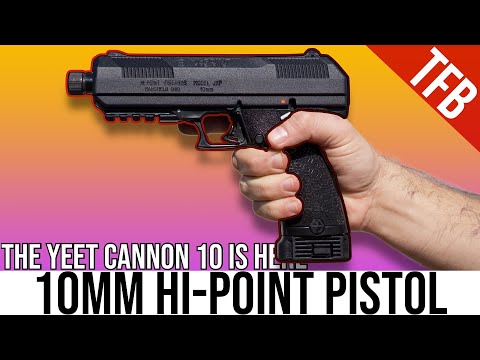 I don’t know how I feel about this one

Meh…and you’ll still have mag cap retardation happening. I did like what they tried with the SCR, actually saw one at the range once. Owner swore by it and it looked really good in the flesh.

This seems like it would be a sweet range toy

I like the concept but for me the MSRP would have to be at least half that. Not fond of the front sight location but realize no one cares about irons anymore…cuz red dot!

Lever guns have allways been cool.

Pity the fool who says they aren’t.

Before all the haters show up heres one for the hi point fans even if im the only one.

I am a huge HiPoint fan. My first pistol was a HiPoint and I love my 40s&w Carbine.

Hi point aint the prettiest gal at the dance but she will put out everytime. Ive never had the first issue with any ive had or still have. And they have one of the best if not the best warranties there is today. Although ive never had to have anything done to the several ive owned. If you look up recalls and problems the big name top shelf companies have alot more complaints and problems filed then hi point has. My first hi point was 9mm carbine and kicked myself hard for trading it off. But then i got me a deal on a sub2k and found this great place. Im thinkin hard on pickin up one of hi point new 10mm pistols and maybe a 10mm carbine to go with it. Like i need another caliber to buy and stock.

Not sure when this was released, but Springfield Armory dropped an email a couple of days ago for the Hellion: 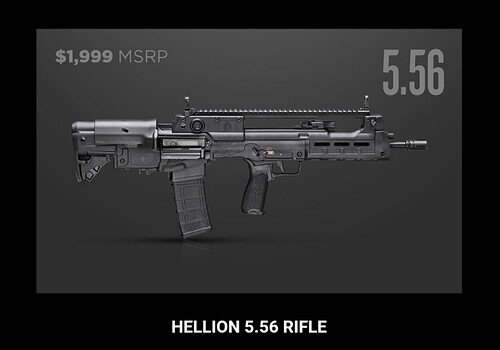 am a huge HiPoint fan.

Better than a sharp stick.

To hell with the leatherwork, I think you missed out on a successful career in marketing, Dave…

Better than a sharp stick 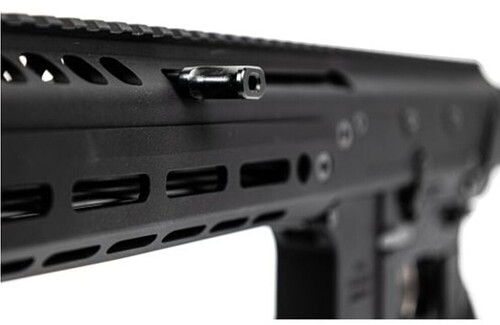 “The PSA JAKL offers a buffer system that is fully captured in the upper receiver, shortening the firearm’s overall length.”

Now if they could just do more to mimic the action of the Kriss Vectors. Keeping the entire action from passing above the “trigger hand” is a good workaround for the ways some laws are worded

What in the hell is this thing? Designed by a company called Zenk LLC, the RZMK-357 revolver has a cylinder located behind the trigger which I guess makes it a bullpup.

What in the hell is this thing

To each his own, not for me. But if we’re talking revolvers, I’d still like a crack at one of those Chiappa Rhinos…

Those rhinos are just freakin cool