President Barack Obama on May 26, 2009 .
Two perfect examples of slugs wanting to destroy the country.

Explore the topics mentioned in this article 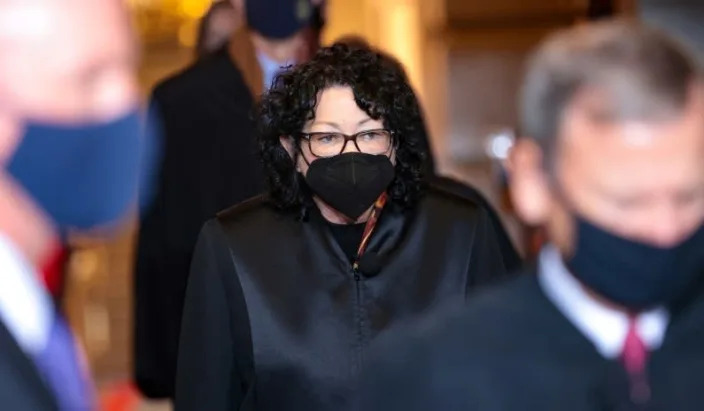 During oral arguments on the Biden administration’s vaccine mandate for large private employers on Friday, Supreme Court Justice Sonia Sotomayor exaggerated the number of children hospitalized with Covid by tens of thousands.

She earned a four Pinocchio rating from the Washington Post fact checker, the paper’s worst rating.

“Those numbers show that omicron is as deadly and causes as much serious disease in the unvaccinated as delta did. … We have over 100,000 children, which we’ve never had before, in serious condition and many on ventilators,” she said.

Debunking the statement, the Post cited HHS data that there are about 5,000 children hospitalized in a pediatric bed as of January 8. These patients include kids with suspected Covid or a confirmed positive test result, and well as those in observation beds. Calling her claim “wildly incorrect,” the publication wrote that “Sotomayor’s number is at least 20 times higher than reality.”

Since August 1, 2020, a few months after the pandemic erupted, there have been 82,843 children hospitalized with Covid, according to the CDC.

Despite abundant scientific evidence that the latest variant of the virus causes mild symptoms, on average, in those who contract it, the justice insisted that Omicron is just as lethal as the Delta and original strains. This is how she interpreted a brief filed by the American Commitment Foundation, raised by Ohio solicitor general Ben Flowers during the hearing, which argued that the vaccine could be less effective against Omicron.

Using the logic that Omicron is equally deadly as its predecessors, Sotomayor added that “saying it’s a different variant just underscores the fact” that a sweeping mandate for American workers is warranted.

“Actually, as we have shown, that’s not what the brief said,” the Post writes. The brief indicates that previous infection may provide greater immunity than vaccination against Omicron, undermining the case for a federal vaccine mandate, the Post suggested.

Our goal is to create a safe and engaging place for users to connect over interests and passions. In order to improve our community experience, we are temporarily suspending article commenting

Bait and switch really. X number of children has been hospitalized with, not for covid. By default, hospitals are testing for the virus, so some kid falls out of a tree and breaks his/her leg, gets tested and bam. The sky is falling.

By default, hospitals are testing for the virus, so some kid falls out of a tree and breaks his/her leg, gets tested and bam.

They did the same for adult Covid cases as well. If you end up in the hospital for a reason other than Covid, but tested positive for it while there, you were probably listed as a Covid case. And if you later died, your death would likely have been added to the Covid death count, regardless of what actually killed you.

I don’t think any of the numbers can be trusted.

Makes you wonder what the incentive is for reporting higher infection numbers. I’m guessing hospitals and medical organizations receive funds from the federal government, with the amounts based on Covid cases and deaths. Maybe?

Ancient rock art at a Texas national park was “irreparably damaged” last month, prompting officials to urge the public to come forward with information about the vandals.

“On December 26th, a panel of ancient petroglyphs in the Indian Head area of Big Bend National Park was irreparably damaged when vandals chose to boldly scratch their names and the date across the prehistoric art,” the National Park Service said in a statement.

The carvings that were destroyed are between 3,000 and 8,500 years old, Tom VandenBerg, chief of interpretation and visitor services with Big Bend National Park, told NBC News.

“The particular style of rock art that was damaged in this instance is classified by archeologists as the 'Pecked Abstract Tradition,” VandenBerg said. “It is characterized by abstract, complex, geometric shapes and lines.”

Lower IQ humanoids that were never punished for anything in their lives, didn’t developed personal responsibility, self-absorbed with no respect for others.

But they have the right to vote.

That’s why more and more parks are getting closed, because vandals like them.

“anyone with information about these incidents, or the persons involved, to contact the law enforcement staff of Big Bend National Park.”

I have a lead… all the wacked out libs from New York and California that are now here. Interview them.

wacked out libs from New York and California

Can’t speak for NY, but I doubt any from CA can even spell their name.

yep, and can breed as well.

I feel like we probably can at this point…

@chilipepper. Yes!!! One of my best friends is a doctor. Hospitals get x amount of money for a positive test and even more if the patient goes on a ventilator. He got tired of watching the hospitals and doctors offices lie just for the money. Especially the piss poor hospital here where I live. Then when they came out with the whole doctors vaccine mandate he quit and went to work at a private facility who isn’t forcing the juice on them.

WASHINGTON (AP) — The United States on Tuesday announced $308 million in additional humanitarian assistance for Afghanistan, offering new aid to the country as it edges toward a humanitarian crisis since the Taliban takeover nearly five months ago.

feel free to send me 1% of this…I can use the “humanitarian aid”. Make it “tax free” while you’re at it.

Imagine the positive effect that money could have if spent properly here at home…better yet, don’t spend it at all…

if spent properly here at home

is that an oxymoron, or a rhetorical question?

an oxymoron, or a rhetorical question?

That depends, lot’s of variables…the first two being how “properly” is defined and who’s doing the spending… 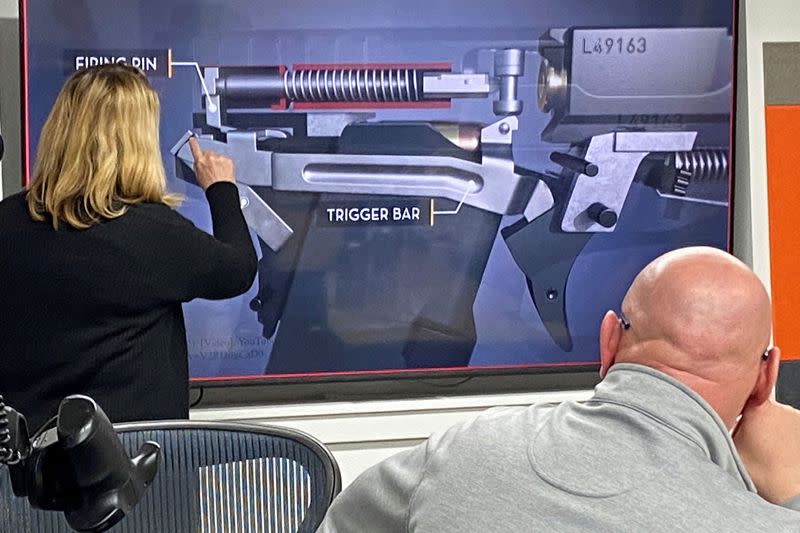 Personalized smart guns, which can be fired only by verified users, may finally become available to U.S. consumers after two decades of questions about reliability and concerns they will usher in a new wave of government regulation. Four-year-old...

Stay tuned for the sound of freedom….or chaos

Exact times, locations and exercise specifics are not provided.

Gunfire will be heard and flares will be seen by the public.

A substantial snowstorm is poised to unload hefty accumulations over parts of the Plains and Midwest late this week and early this weekend, and it won't stop there. AccuWeather forecasters warn that it may go on to bring snow and ice, leading to the...

The CDC's Framework for Conditional Sailing Order will expire Saturday and the health agency's COVID guidance for cruise ships will become voluntary.

Watch out around the port cities…