I pledge allegiance to the flag

I pledge allegiance to the flag of the United States of America
and to the Republic for which it stands, one Nation
under God, indivisible, with liberty and justice for all.

On a similar line… Best rendition, EVER. Period.

Yes, we are a Republic! We are not a Democracy.

Otherwise it is Mob Rule

There’s a reason why elementary, middle and high schools stopped teaching civics. Liberal school boards made up of old hippies. I remember first learning about how government works in the 5th grade and being tested on it.

By the time I got to high school, civics was abandoned and replaced with something called “American Problems”. Citizenship exams that were a requirement for graduation were also eliminated. The history department was led by former hippie draft dodger and raging liberal who openly advocated for communism. He made it clear that he hated America and everything it stood for. At the tender age of 15 I got in his grille more than once and dared him to flunk me. I did the work and every paper I wrote disagreed with his political philosophy. I pissed him off so many times that he once said to me, “Have fun in Vietnam”. Both my older brothers were already there. One on the ground and one in the air.

Awesome video. I could not be more grateful for having the good fortune to be an American.

It was a sad day when school districts decided to eliminate this. I didn’t then, nor do I now agree with the decision. We still have many things that inspire our Patriotic Pride. The Pledge of Allegiance, Our National Anthem, Mt. Rushmore to name a few. These two are a couple of my favorites. 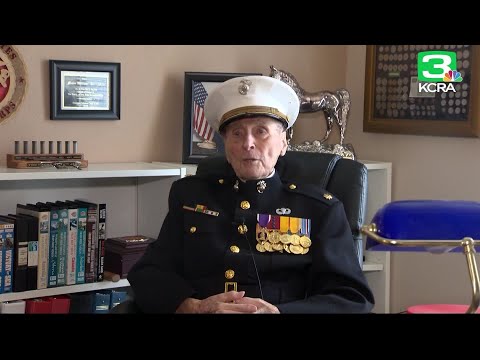 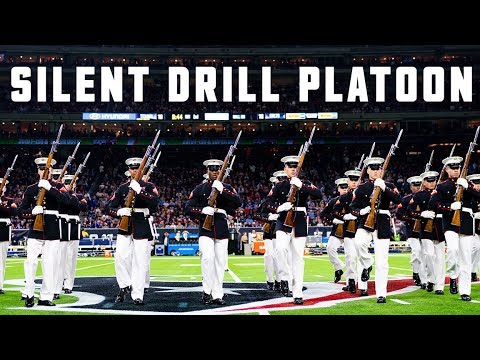 That first one made my face wet.

The hours of practice that takes. Impressive.

I was taken back by all the people milling around on the sidelines while this drill was going on. The show has to go on… but I thought it was a little disrespectful.

@Festus both are very cool videos.

Had the same kind of jackass for a psychology prof in college. Told me he hated law enforcement majors. Just an old hippie that pushed open marriage BS. They are everywhere. “They are few, we are many, and they can’t hang us all”

Teachers at all levels of academia need to have a Coke and a smile and STFU about their politics. I believe very strongly in the value of unions - when they work as they should. But I cannot reconcile the Teachers Union. That union needs to be busted. School boards need to better represent the community not a political agenda. Instead of defunding cops, defund public schools and school boards and administrators until social engineering is no longer part of the curriculum. Reading, writing, math, history, civics and the arts. Do that and STFU. Teachers and school administrators who don’t stick to that script should get fired for non performance. Like everyone else.

My Dad, rest his soul always said when these a-holes (boomers) are in charge this country is going in the crapper. He was referring to the 60’s hippies who have more or less been in charge for close to 40 years now. The balance further tipped with Clinton and beyond. Now their spawn is taking over.

Conservatives better get off their asses, stop whining and start getting involved. Or it’s going to be President Chelsea in the White House with Hillary and her cankled friends pulling the strings.

Conservatives better get off their asses, stop whining and start getting involved. Or it’s going to be President Chelsea in the White House with Hillary and her cankled friends pulling the strings.

I should have also mentioned stop yelling and start evangelizing the fundamentals of conservatism and keep your cool. When self-professed conservatives attack people they dismiss everything you say. Most people, except loons on the fringes, respect someone who is logical and sensible and doesn’t judge. It’s hard to not get angry with dumbasses. But a lot of people embrace clueless liberal principles because that’s what they have been taught by America-hating liberals their entire lives. Mostly in our schools.

Final tip: I’ve noticed some people who talk about freedom, liberty and the Constitution a lot don’t vote. That makes me angrier than listening to a latte-sipping liberal spouting off.

Yep, Civics. Learn how the government is laid out, and what the 3 branches can, and can’t do. It fell under “Social Studies” (not “Socialist”) and some was required every year - like (real) History, etc. I graduated in 1970. One of my English teachers was an early VN vet. A history teacher was a WWII Navy vet - we used to distract him into telling war stories on Friday afternoons…

I’m thinking nowadays we ought to be divisible, as in, give us our own state and the rest of the people can go live in Portland or wherever. Or maybe that’s it - we stick them in their own state and build the fence there. Like “Escape From NY” - but we don’t let 'em escape.

The Oath… I took this with some folks that looked and spoke differently than me. They were just as, if not more, committed as I was. As to remain “incognito” here please ignore those pesky logos. 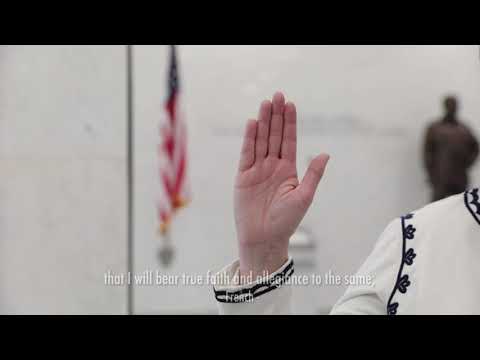