How, why, what lead you become a member of this forum?

Is there a thread regarding how, why or what lead you became a member of this forum?

So here it is.

Well, I think I found this forum first, which lead me to purchase a sub2k. The rest is history. Mcarbo and 308ar are the only gun forums I’m on, heck only forums I’m on.

I’m so glad you asked. I never took the time to post on the welcome/intro thread. How did I end up here? One word: Destiny.

I was raised by my adoptive mother, a Lebanese opera singer that chewed tobacco. I never knew my biological mother. My father was an Australian poofter too influential politically to come out of the closet. He impregnated my mother in a drunken stupor thinking she was a kibuki onnagata named Yoshi.

Mother sent me to boarding school when I was eight but came to visit once a year for 30 minutes. She married her guru when I was 12. He was a gentle and thoughtful man with freakishly large testicles. He unfailingly sent me a persimmon each and every winter solstice. I was always grateful for that kindness.

I never felt orphaned or abandoned. I made friends easily. How we laughed when the boys at the academy applied molasses to my genitals and tied me to an ant hill. My mother died on my 18th birthday after joining a Breatharian cult. She left a substantial inheritance that allowed me to earn a doctorate from Parsons University in entomological biomimicry. I made my fortune designing robotic fleas.

In college I met a Jewish girl from Ecuador who uttered vague Yiddish obscenities with a Spanish accent when having sex. While I obsessed over my doctoral dissertation, she left me for an actuary but didn’t love him. Giving into parental pressure to marry well and needing a green card, I understood. That was years ago but to this day I often hear “Oy, mi Papi” in my head late at night when I’m alone with my thoughts.

Now here I am.

Now here I am.

Well that was an interesting backgrounder.
Moderators might consider moving.
I believe @cico7 was pointing towards this intro thread.
Also a good read if you haven’t already, suggest the Forum Guidelines.

What have you been shooting the most lately? Current projects your working on? Are you a Veteran or Police Officer? Do you shoot any competitions? Do you own a SUB-2000?

I think thats hilarious. You should be writing book on our current political situation.

I admittedly have too much time on my hands.

I don’t know…
All of the stories/comments would be pretty damn random sounding and may seem pretty arbitrary to the rest.
I was looking for parts to upgrade/upkeep my FNS9 after break in as it was soon to be obsoleted and replaced with newer series. I had never heard of Mcarbo before and they actually straight up advertised that their FN509 spring kit would work in the FNS. This is what led to my first of MULTIPLE purchases from them. After the first purchase, got the invite email and found an interesting group of individuals that wasn’t chopped full of keyboard commandos, gear slaves or loud mouths spouting nonsense found everywhere else. Nice spread of topics that are easy to jump into and to learn from, so here I am, still logging in everyday for 303 days now.

Well @dung has the best cover story so far!

I was shooting at AimHi a local gun store/range fairly regular and this unique rifle showed up on the rack. Collapsable stock! I wanted it but didn’t know anything about the rifle. I did some searching about the S2K and this forum popped up. I bought the rifle joined the forum and @Kona or @Wedge threatened to ban me because I said I was hard to get along with and didn’t play well with others.

Is there a thread regarding how, why or what lead you became a member of this forum?

I was plumbing in a 36’ inside a basement sump pump line at this house and the owner came home with a used 9mm S2K. He was into 9mm.
I thought it was a neat concept so I bought one that evening then started looking for info on it and ran across Mcarbo.
Brought my engineering background and found the folks here friendly enough not to kick me off.
Cheers

By the way how is that snakeyes wheel gun doing ?

Thank you. It’s doing ok. I had to buy a new cylinder since it only had 2 magnum cylinders.

I traded a sks for my glock version sub2k. Then i started looking for improvement parts. Found mcarbo and they was offering a discount code if i signed up for forum. I came for the discount and stay for the mostly great group of people here and all the non since i mean knowledge. Long live the mcarbo brotherhood😎 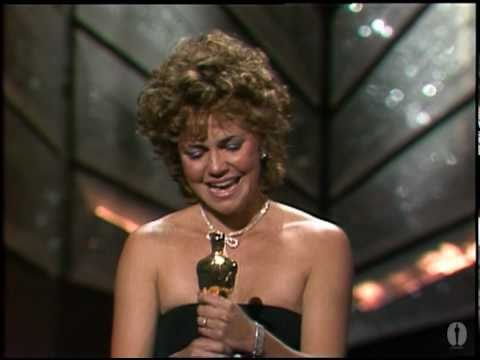 I like Marlin Rimfires and I cannot lie. So, my inner triigger snob had sniffed out an operation called MCARBO that had been supplying improved trigger responses. DIP and MCARBO were simply my Marlin fixes.

Blasters got cheap in 2017/2018 and that Sub 2000 I’d seen NutnFancy droning incesantly about (just how he presents) popped past my radar under $320 brand new. I was disappointed though 'cause I thought the Red Lion forend was actually one of the gen 2 updates.

So, I was exploring KTOG to figure out why I didn’t get the forend that rotated for the optic. MCARBO had recently adopted the s2k and had bits being discussed over there. And, the company that pimped my Marlins was an easy pick to fix several serious KT deficiencies.

Found the forum while @ChrisNelson was actively engaging us to develop fixes for the Sub 2000. Sticking around was a no brainer.

I’m Here Because of All the Great Brothers&Sisters on this Forum and The Great Stuff We All came up with’ and then Mr Nelson got it off to Production Making our Bit**** and Cures a Reality.
Along with all the Good & Bad Humor at each other’

I bought a S2K with no research simply because I liked the concept and wanted a PCC. While trying to learn more about my purchase, I stumbled across MCarbo. I then joined the Forum. At that time, several of the key S2K modifications (locking pin, flip mount, etc.) were in development and I enjoyed participating in discussions and suggestions about what was needed and possible. I have since enjoyed the camaraderie and information provided and remained active for that reason.

I bought a brand new Savage Axis (without the Accutrigger) for $130. The trigger needed some work, so I was researching aftermarket triggers. I came across a forum and someone posted to save the money and instead get the spring kit from MCARBO. So thats the route I went. With my order confirmation there was an included link to the forum. I snooped around for a little bit before joining. I figured the forum would be filled with assholes like most forums. But it seemed to be a fairly civil place, so I started getting involved in conversation. Now you guys can’t get rid of me

threatened to ban me because I said I was hard to get along with and didn’t play well with others.

Don
That’s cheating, 80% of us could say that

When I got interested in firearms, I had zero intention of posting anything on any social media regarding firearms (still do) I started checking out some forums to gain some general knowledge - don’t know if I was just unlucky, but every one I started reading on was crawling with elitist a-holes quick to put down anyone or anything that wasn’t sharing their opinion, so I figured I’d skip that BS and get info elsewhere. Fast forward a few months after I got my license and was searching for some upgrades and happened upon Mcarbo. After buying a trigger upgrade for my wife’s S&W I found the forum and after checking it out and seeing nothing but positivity, people being helpful & decent to one another I signed up. So glad I did - I’ve learned a bunch here and the Mail In Match has done more for me to improve my skills than anything I was doing prior. Everyone here is respectful and treats everyone like they were sitting in the same room having a conversation - couldn’t ask for more than that. Love it here!