How Many Of You Ride Bikes? (The Kind WITH Pedals) 🚲

Obvious topic for me to start…
Staying active as we get older is the best self preservation move you can make, riding bicycles is not as rough on older knees & ankles as running, great for cardio and just clearing your mind. I’m sure that there are some here that still put their foot on the pedal, share your love of cycling! 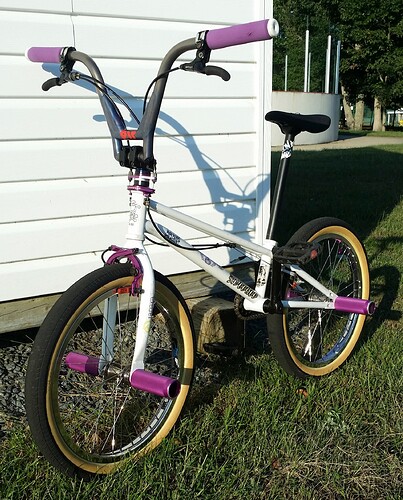 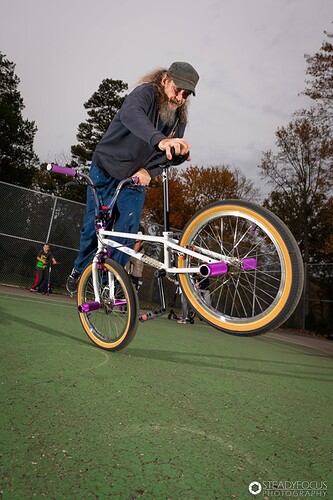 Ain’t been on a bike in a dogs age! Used to race bmx as a kid. Mostly Haro’s, Robinson’s and GT.

Help a dude a few years ago rebuild an old Schwinn Stingray he found in a crawl space basement. Padding on the seat was totally chewed up from rodents and the crank was seized up solid, but he got it rolling again and sold it to an antique store for $900! Got myself a quick hundo and fifth for my efforts.

Things have gotten way wacky with the e-bikes and mono style frames…. 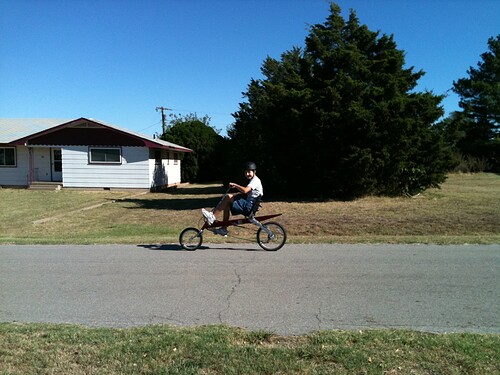 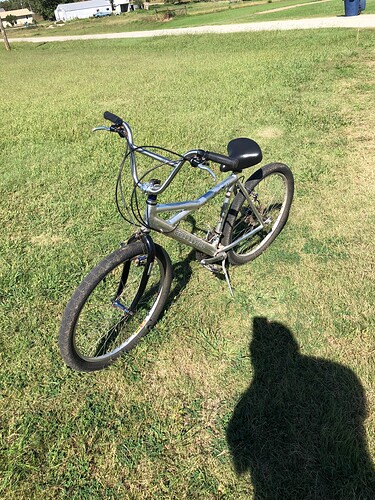 When I was in middle school I got a GT Robinson Rebel identical to this, hard plastic seat and all. I put over 3,000 miles on it. And I wonder why I have knee problems lol 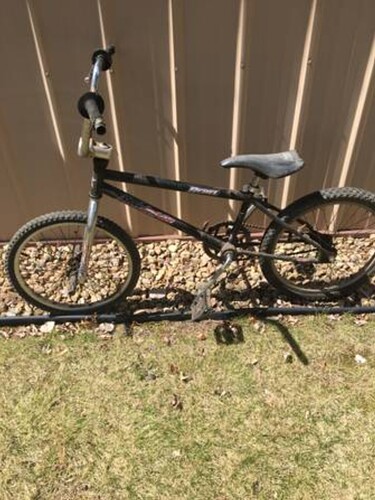 I was on a Robinson Amtrack and GT Mach one. Remember the fat boys and dark horses?

Elf knee savers were a godsend back in the day!!!

Weve got a couple old beach cruisers down at family place at the coast. Other then that its been many moons since i did any riding. I still have my old diamondback bmx in storage building.

Nice! I’ve got quite the pile as well…
Just some from a local show in '21 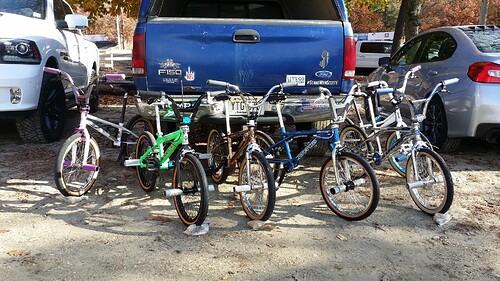 Funny thing is I’ve never owned a multi speed bike or anything that wasn’t 20"!

Depending on model & year, the Diamondback could be worth four figures. Definitely do some research before hand if you decide to part with it, could be worth a lot to someone the BMX collector market is really crazy!
I bought a complete Hutch Trickstar at a police auction for $40. Sold the frame fork, bars & stem for $950. If all the original parts that were on it weren’t in bad shape or heavily damaged, getting $1200-1500 would have been easy.

I’m telling myself I’ve still got a few good years left - the goal is to still be hitting up a Jam when I’m 60 - got three years to go! 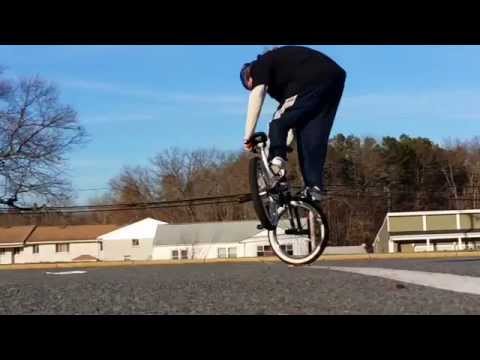 If I could ride like that, I would have the scars to prove it!!! My little brother rode trials motorcycles across crazy things. I mostly enjoy pedaling along watching the scenery. 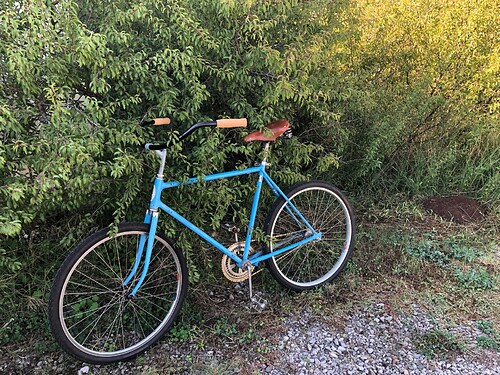 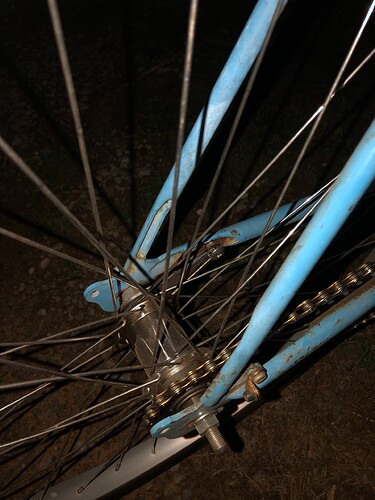 My flatland cruiser. My wife has a ‘55 Schwinn lightweight 24” hanging in my shop. She chooses to ride her modern step through 26” bike. I also have a ‘73 Schwinn cruiser frame and forks waiting for me to modify.

Those old school Schwinn’s are super cool! Always loved the fact that they brazed the top & down tubes at the head tube junction.

Yeah, the shins get pretty banged up regularly riding flatland - I’ve twisted ankles, whacked my head on the ground, even cracked a rib falling on top of the bike. It’s all good though - if your not bleeding, your not trying hard enough! 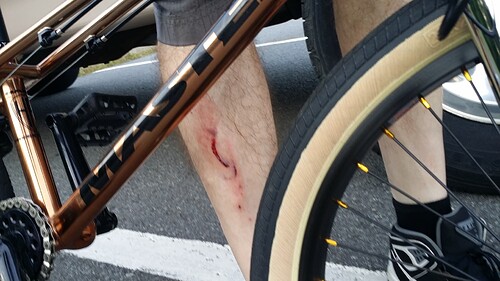 I would more but it’s dependent on how the knee feels and whether a bike is available. At the moment, the knee is questionable but both bikes are out for service.

Bikes were important from an early age for me, they meant freedom. I grew up in a fairly rural area and a bike was the only way to cover long distances effectively. Also served as a means to make money with a paper route. 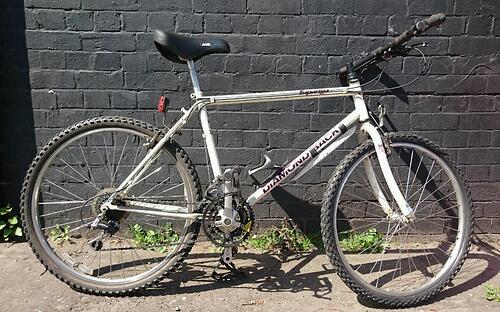 db_topanga1024×640 159 KB
(mine was almost identical to this one, with a larger frame and smaller saddle)

It did the job but within 4 years it was getting pretty ratty so I moved to a much lighter (but still chromo) Marin Eldridge Grade. 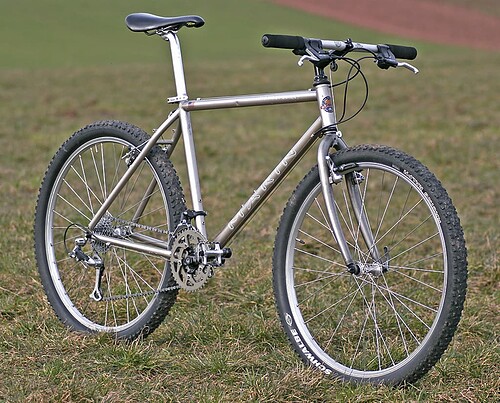 A great bike, and one which I almost killed on one of the first rides. Suffice it to say it was a long walk out of the woods in clipless mtb shoes carrying the thing (fortunately only ~25lbs) and the repair involved breaking and re-welding part of the frame. On a new bike. #butthurt

Still have the Marin, though she’s suffering some broken spokes at the moment (actually needs new wheels). I don’t do single track anymore and the geometry of the bike is less suited for multi-surface riding, which is more my style now. I picked up a used aluminum Trek road bike a few years ago with the idea of doing a flat bar conversion, about 3/4 done at the moment but I can’t really fit the tires I’d like on it. Now I’m considering some type of multi-surface or trail bike, though around here cruisers are more the thing.

Oh yeah. Been riding for years. Still ride, use to race downhill back in my younger years. Was the state champ back on '01 in my class. Still ride to this day.

Don’t have many pics of preveious bikes but I loved every single one of them. They all had a personality and different handling. In the 8 months I’ve been riding to work, 728 miles as of 1-1-23. My dad still rides as well. So yes you should absolutly keep riding into your senior years. He is in his early 70’s, only bad crash was 3 years ago nd broke some ribs and his shoulder blade. Heck I built a shopping cart trailer! 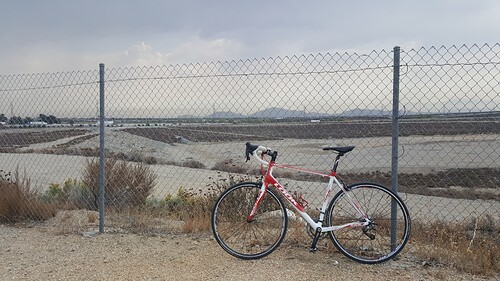 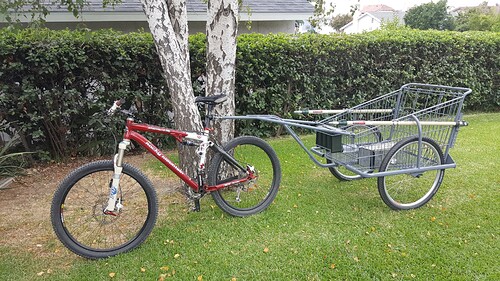 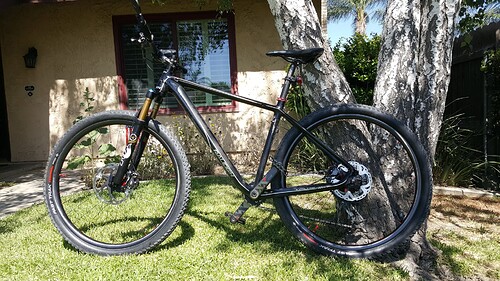 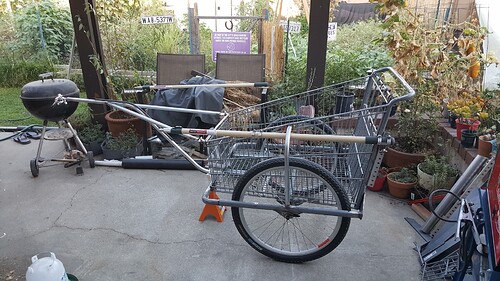 My dad still rides too, he is in his mid 70’s. he wore out a few Colorado Cannondales before he switched to 26” custom recumbent due to prostate issues with sitting on the saddle. One of his ‘nam Navy sub mates had cancer, then moved to a hornless saddle I had so he could continue to ride minus the pelvic pressure. That helped him to move to recumbent only.

I don’t remember the dark horse or fat boys. The Dyno VFR, GT Mach One, and anything Mongoose was huge back then (late 90’s)

I thought my brother was joking when he moved out left his dyno and told me not to sell it. Wonder if it’s got any value? Will post some pics later.
Im strictly into off road Mtn biking, and have been on the same Allsop softride since i was 16. Been ultra reliable, and i have been able to fix everything thats gone wrong with it. I got an odometer maybe around 21 yrs old and it had about 5000 miles on it when i accidentally cleared the memory changing the battery last year.
Thats a big difference from my kids bikes that barely make it through a set of tire before theyre junk.

I have a Miyata 1000 touring, a Raleigh Chill mountain bike, and a Davison Signature road bike; are all from the '80s and they still function.

Wonder if it’s got any value?

I’m sure it does. The other day I saw a website that was a “blue book” style site for bicycles. I didn’t go to the site to see how it works.