What a great story…thanks for sharing that, Larry!

I’ll wait until they get some convictions before I dance a jig in public but at least it’s a start: 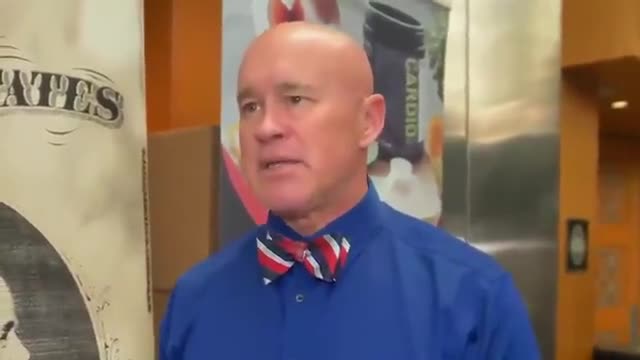 🎯💥💉 BREAKING! US District Attorney's and US Sheriffs Working to Criminally...

Not my state but I’ll take it anyway. Sets precedence. Love the headline, too! 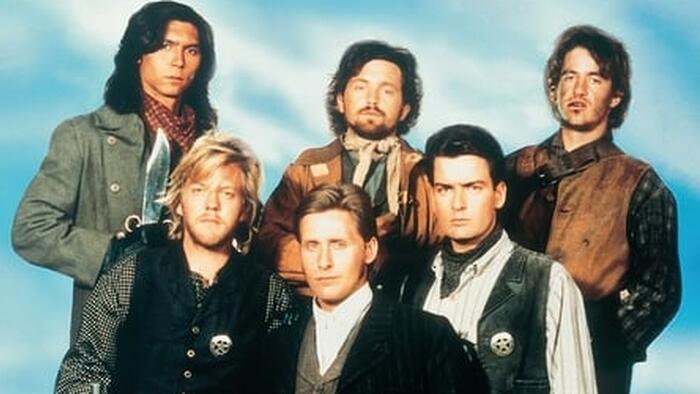 Tennessee Law Barring Adults Under 21 From Carrying Guns Shot Down

“The challenged scheme...violates the 2nd and 14th Amendments to the US Constitution"

Hoping for the best in Illinois…

Although the National Rifle Association is not listed as a plaintiff, a spokesperson told the Sun-Times it joined the National Sports Shooting Foundation to bring forth the suit, similar to what it did in a New York case that went before the U.S....

I’ll take it for you,

A new study published in The Journal of Positive Psychology found that performing acts of kindness can heal depression and anxiety.

Two of the groups were assigned to techniques often used in cognitive behavioral therapy (CBT) for depression: planning social activities or cognitive reappraisal (identifying negative thought patterns and then revising the thoughts).

Members of the third group were instructed to perform three acts of kindness a day for two days out of the week.

The findings showed that participants in all three groups showed an increase in life satisfaction and a reduction of depression and anxiety symptoms.

However, the group performing acts of kindness led to improvements not seen in the two other groups.

“These results are encouraging because they suggest that all three study interventions are effective at reducing distress and improving satisfaction,” the study’s co-author David Cregg said.

“But acts of kindness still showed an advantage over both social activities and cognitive reappraisal by making people feel more connected to other people, which is an important part of well-being.”

The acts of kindness technique was the only intervention tested that helped people feel more connected to others.

“Social connection is one of the ingredients of life most strongly associated with well-being. Performing acts of kindness seems to be one of the best ways to promote those connections,” Cregg said.

In addition, the acts of kindness group showed greater improvements than the cognitive reappraisal group for life satisfaction and symptoms of depression and anxiety, results showed.

The authors noted that just participating in social activities did not improve feelings of social connection in this study.

“There’s something specific about performing acts of kindness that makes people feel connected to others. It’s not enough to just be around other people, participating in social activities,” said co-author Jennifer Cheavens.

Some of the acts of kindness that participants later said they did included baking cookies for friends, offering to give a friend a ride, and leaving sticky notes for roommates with words of encouragement.

“Something as simple as helping other people can go above and beyond other treatments in helping heal people with depression and anxiety,” Cregg added.

Speaking at the Florida Sheriffs Association Winter Conference in St. Johns County on Jan. 23, DeSantis called upon Florida’s legislators to reconsider the state’s requirement that a jury must vote unanimously to recommend the death sentence before a judge can consider imposing a death penalty

The governor noted how Nikolas Cruz—the 18-year-old who killed 14 students and three staff members at Marjory Stoneman Douglas High School in Parkland, Florida, on Feb. 14, 2018—was spared a death sentence last November because a Broward County jury did not unanimously agree to recommend the ultimate sentence.

Cruz will receive a sentence of life without parole because the jury could not unanimously agree that he should be executed.

At a press conference following the verdict, DeSantis said that “this is a case—where you’re massacring those students with premeditation and utter disregard for basic humanity—that you deserve the death penalty.”

“The jurors came back 11-1, with one hold out refusing to authorize the ultimate punishment,” DeSantis said, adding, “And that means that this killer is going to end up getting the same sentence as those who have committed bad acts, but acts that did not rise to this level.”

DeSantis’s Democratic gubernatorial opponent on the November 2022 midterm ballot agreed that execution was the right penalty.

For many years I strongly favored the death penalty wrongly believing our system had sufficient protections to never convict the innocent. Through the Innocence Project and DNA exculpation, I have learned otherwise even where the accused made a (coerced) confession. Hundreds, if not thousands have been found to be wrongfully convicted of capital crimes and death unfortunately cannot be reversed. For what it’s worth, death row inmates cost society substantially more than those sentenced to life. While still on the fence, I am uncomfortable with the death penalty.

Always been a subject for debate.

But sometimes the s#!t needs to be flushed. That individual is a perfect example of someone that needs to be killed.
And it seems like to me this type of out right murdering multiple people is happening more often. They don’t care about life at all. It’s all being done on purpose.imo

I don’t question that some folks just need killing. I just don’t trust the system.

Screw the death penalty. The kid needs passed around to the families of his victims.

I get @JoeFridaySays point regarding a crap system (he is correct) and he is correct. But, where there is no doubt regarding the perpetrator or the crime … I’m just old fashioned.

But, where there is no doubt regarding the perpetrator or the crime … I’m

I comforted myself with the burden of proof- beyond a reasonable doubt- for too long. But jurors are fallible and easily swayed by emotion and irrational perceptions. If there was no doubt I would gladly carry out the sentence myself. But there is always doubt and many confessions are the result of coercion or mental defect. Again, I would carry out the sentence myself if confident of guilt. But I think the safer and moral course is life imprisonment, which is very different from what I believed a few years ago.

no doubt regarding the perpetrator or the crime … I’m

Thankfully, I live in a world unencumberred (sp?) by bureaucracy. When a perp survives capture (caught in the act), I do not have a reasonable doubt to trip over.

So, I’m on board for caught in the act; some video recordings; manifesto authors and the like. When a defense attorney can present a compelling argument discounting that sort of evidence, we can take my suggestion off the table.

When a perp survives capture (caught in the act), I do not have a reasonable doubt to trip over.

There is no “right” answer and I respect competing views, especially when there truly is no doubt. I might even vote for death in the cases you describe.
A few years ago, I was called to jury duty on a death penalty case. In Kentucky, jurors are individually interviewed in those cases. I told the court that I agreed in theory with the death penalty but doubted there was any level of proof that would satisfy me to render such a verdict. The prosecutor accused me of hypocrisy. I acknowledged the validity of his point but explained that while I would gladly eat venison given to me, I was incapable of actually killing a deer. The prosecutor struck me.
I hunted growing up and when the prey dropped without moving had no problem. But as we all know, that doesn’t always happen. So I buy my meat in a store hoping that the animal was killed with minimal suffering.
ADDENDUM: If killing a deer or any other animal was required for survival, I would do it in a heartbeat.

I was called to jury duty on a death penalty case.

That surprises me. I am actually surprised a person with your qualifications could possibly considered by both sides of any dispute.

I am actually surprised a person with your qualifications could possibly considered by both sides of any dispute.

Kentucky jurors are called randomly based on property and driver license records and there are few acceptable excuses. In fact, it violates ethics rules for me to seek an exemption for myself or anyone else. The typical term is two weeks and despite the supposedly random selection, I have been called five times.
As you note, no competent lawyer wants another lawyer on his/her jury as they would almost certainly be elected foreperson and drive the deliberations and verdict. Since I am self-employed, I have lost income for roughly ten weeks while twiddling my thumbs in a jury room knowing I would not be allowed to serve.
Of course, the state generously paid me $5.00 per day for my service which does not even cover parking.

Back in the day the other prisoners would have taken care of someone like Cruz.

, I have been called five times.

My wife had that happen to her when we lived in Maryland. Also self employed. There should be some kind of opt out for x years after you’re called so people like us aren’t screwed over like that financially.

I completely get doing your civic duty but being called to do it 5 times in 3 years seems more akin to conscription than duty.

A recent study by the U.S. Secret Service’s National Threat Assessment Center shows the futility of gun regulation – although you can bet the mainstream media will focus on other findings. The report is at this link:

The report focuses on 173 mass attacks in public places from 2016 through 2020. Some key findings are:

Nearly one-quarter of the attackers who used firearms were prohibited by federal law from owning or possessing a firearm.

One-half of the attacks were committed by non-hispanic whites while one-third of the attackers were black. 96% were male.

513 people were killed in the attacks. That is roughly 102 per year compared to annual firearm homicides of 11,000 meaning that just .009% of homicide deaths were the result of a mass attack. And that is in a nation of 323 million people which means the risk of being killed in a mass attack is .000000316. Since firearms were used in only 73% of the attacks, the probability of being killed in a mass shooting is even lower than that. In an average year, 100 Americans are killed by lightning strikes, so the probabilities are virtually identical.

Saved. Thank you. My next letters to Mr. Cornyn, and Mr Cruz will be loaded. I’ve sorta gotten into a habit of advising Cornyn to consult Cruz in all efforts to represent the shared base.