72 hours here once you pay for it and technically you can have it.

The 5 days (maybe it’s 3?) is if the NICS comes back as “delayed” because of various reasons. After the delay period, if the FFL does not get a rejection, then they can let you have your purchase.

Obviously if comes back approved you just grab your items and leave.

Thats one of the biggest reasons I maintain my carry license even though you no longer need one in Texas. I fill out the form, give them a hand full of cash, show them my CHL and walk out the door with my new firearm. No need to wait for the NICS.

Same here, I actually bought a crickett .22 for my little one yesterday at Walmart (cheapest price I found by about $50) went smooth other than having to somewhat argue about the CHL exemption with the girl at the counter and wait for the manager, I was in an out in 10 minutes. I couldn’t believe it.

They actually had decent rifles at some good prices. I had no idea they still even sold guns.

I had no idea they still even sold guns

It really varies by location. The two Walmart stores near me used to sell rifles and shotguns. But they both phased them out. They still sell some ammo, but only a select few calibers.

For years I never had a problem with NICS. 5 or 10 minutes and I was out the door with my new firearm. Then, I suddenly got the 3 day. WTH? “Well, they must have messed up but if we don’t hear back from them n 3 days, it’s yours…” Problem was, this was over Thanksgiving week, they were shut down and my ‘3 day’ turned into about 8 days! Next time, no problem. After that it seemed every other one got the 3 day. After I moved here, same thing. Then finally I got a flat out denial! WTF? Turns out some convicted felon with the exact same name way over in NOLA somehow got mixed up with me. Good ol’ NICS, eh? Totally different SS#, address, the whole 9 yards. Had to contact the fed DA, and some judge, send them all my info and then had to wait. Now mind you this was at the very height of the Wu flu scamdemic! Took about 9 weeks before it all got straightened out and haven’t any problems since. I had wanted to get a CC permit which would have ended all that but Georgia went from $50 to $75 and besides the $, I just didn’t care for the idea of being on a list. Thankfully that’s all gone by the wayside now.
Oh yeah, FWIW, the little biz I’ve done via GB has gone very smoothly. No worries (knock on wood)

FYI the dealer can release absent a decision but isn’t required to do so. Some to protect themselves wait for approval.

NICS delay and denial determinations are actually fairly common. Roughly 10% of transactions get a delay notice requiring further investigation. In 2015, there were 3,625 denials that later were reversed on appeal. To be fair, NICS employed 230 examiners and processed 16.5 million background checks in 2011. The same number of employees processed 23.1 million checks in 2015.
See, joefridaysays.com/Regulation.html

I’ve been using GB for about 15 years. Almost all transactions went smooth but I have learned a few things.
First GB DOES NOT vet their sellers. There are scammers on GB usually with a rare gun (pictures stolen from other sellers) with a cheap “Buy Now” option. They usually want you to pay through Venmo or some other online money transfer. If the seller does not have 100+ sells (the more the better) with a GB A+ rating I don’t deal with them.
If you do buy from a scammer GB is not really going to do anything about it other than remove the posting. I have flagged numerous scams on GB only to see them pulled down and then pop right back up the next day under a different name.
Paying by USPS money order can be risky. Though I have never been rip-offed buy a seller using a USPSMO the USPS has taken up to 4 weeks to get the MO to the seller. I almost lost my bid. I would rather pay the 3% Credit Card fee than lose my payment through the post office.
Do your home work! Especially on old collectible guns. I have seen several adulterated collectables on GB. Usually if it is the real thing the seller will be more than happy to provide more pictures or answer questions. If not, don’t bid.
The first firearms you see from a search are from paying sellers. They pay GB to bump their stuff first. Keep scrolling down past the high price auctions and you can find some deals.
Once you buy it, it’s yours. I bought a new Ruger 10/22 and when it was delivered to the FFL the stock was cracked. Ruger sent me a new stock ASAP but I had to handle it myself.
Make sure your local FFL will except a firearm from a private seller. Some will not, so make sure up front.
Finally I still bid and buy a GB but you have to do your research.

My delay rate right now is about 50/50. I have never been denied. Some of it is the FFL. It seems I get delays mostly at Mom and Pop FFLs. I almost always go through at big retail stores though I prefer the Mom and Pop venders.

Always use a credit card. If there are problems with the transaction initiate a “charge back” with the card issuer. They will credit your account and require the seller to justify the charge.

When I picked up my Walther PDP I got put into “pending”. First time ever. I had to go back the next day after I was approved. Usually I’m in and out in 10 minutes. I hope this one goes more smoothly.

Damn. Put in “Pending” again tonight. Biden sux. Never once happened to me till he took office. Now twice in two tries. Can’t be a coincidence.

@Jperr The “Fetterman Effect” already? Good luck with that one.

You can have Beto Boytoy November 8th right after he loses here. We’ll even pay for FedEx overnight. 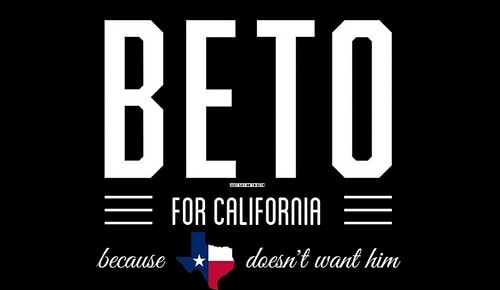 Nothing like these dumbass people so worried about the climate that they make me do this drive twice. It won’t deter me, but unfortunately now I have to pollute that much more. Not my choice.

GB is no help solving a problem if there is one. They won’t even respond to an email (although I think I got an automatically generated one). I did answer a Trustpilot request for a rating. I wrote up the entire problem - GB responded that they would get in touch. That was years ago, and I still have never heard from them. While I have had a few problems with sellers, they are generally caused by the kind of problems that we all run into (dog ate my homework…). The GB system has hiccups that cause problems; the fees are never really explained (if the seller is paying fees then maybe I shouldn’t also get charged fees above state-mandated sales tax). GB will put up generic warnings about watching out for fraudulent listings - I always wonder why they don’t take a more active role in looking out for them themselves. I’ve got friends who liquidate estates on GunAuction.com; I’ve just tried guns.com for the first time. I had a problem with the vendor, but guns.com actually has a phone number and people answer the phone.

As far as dealing with sellers, I try to do emails with them before bidding, to see what kind of answers I get. If there’s a phone number to call, I call to talk to a person to try to get a sense of the individual. I understand what people are saying here about the number of ratings, and I don’t disagree in a general way. However, one of the best transactions was with a guy with no rating (I did call first and had a great conversation); the worst one was with a company claiming to sell over a 1000 firearms a month - but they didn’t answer the phone, didn’t return my voice mail; when I did finally get in touch with them, they said the guy who checks the VM writes the messages down on a piece of paper and leaves it on the desk… really? And you claim to be a big distributor with a ton of A+ ratings? (I’ve had more than one seller refuse to leave me a rating if I don’t first leave them an A+ rating.)

I noticed that some of the Wally Worlds still sell rifles. The one in Bossier City still sells pumps and hunting rifles, but no pistols.

Same in Oklahoma. Semiautomatic 22s and shotguns even. Just nothing that L👀Ks evil!