I always just pack preloaded magazines. I have enough mags that I don’t need to reload them until I get home. When ammo skyrocketed I stock piled magazines.

Can’t carry loaded mags in the PRoMD without a carry license. Mags, ammo and guns are to be transported in separate containers and inaccessible from the passenger compartment of the vehicle.

But I still feel like compared to what CMMG gets for their 9mm conversion mags, $21.50 doesn’t seem too bad

I run several of these ‘Go Boxes’ and really like 'em. 2 sizes available:.30 and .50. Good for loose ammo and the nylon wears like iron. I ‘think’ Blackhawk has stopped producing them so if you want any, you might snatch a couple whist you can… 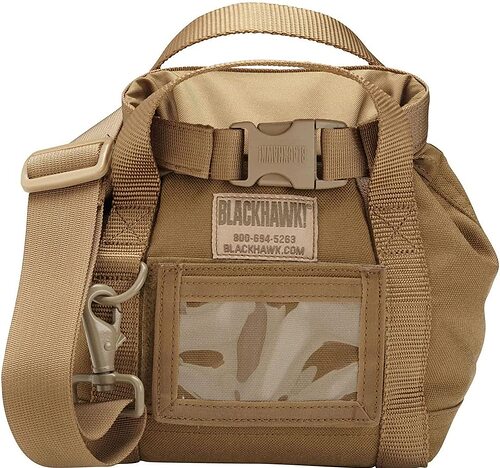 Amazon still has some. Good luck!

PRoMD? Maryland? If so then whhooopsie!

I live in PA but shoot in MD all the time with a friend.

PRoMD? Maryland? If so then whhooopsie!

Yep, the People’s Republic of. I do carry empty mags with my handguns in a case (usually locked), but if following the letter of the law all are supposed to be separate. I doubt you’ll have any issues but knowledge is power.

I live in PA

Used to, didn’t miss it much until I discovered the gun laws and general lib/dem ignorance down here (I moved for employment). That said, PA doesn’t seem to be heading in a healthy directly as of late.

Rules are for other people.

I moved to MD from Indiana in 2000. Lived in MoCo for a month with my Aunt and Uncle until I got off my feet, moved to Fredneck for a couple years, back to MoCo, met my wife, back to Frederick because MoCo started getting really bad (2006), lived there until here became there so I moved up north across the line. Now the idiot libtards are trying to ruin here so we’re taking a stand locally. Got involved with the school board, got my wife involved, and we’re poised to flip it solid red I’m the fall.

I was involved in MD politics from 2008-2018. The one county I drive through, Frederick, won’t be an issue. Ever. I know the sheriff.

Rules are for other people

…and guys like me who want to keep their guns until they find somewhere else to live.

Very familiar, lived there for my first 5+ years in the state.

Now the idiot libtards are trying to ruin here

They ruin wherever they are, seems like it’s kind of their thing…

I’m not in the market for one, but if I was, I’d probably be lusting after this one… 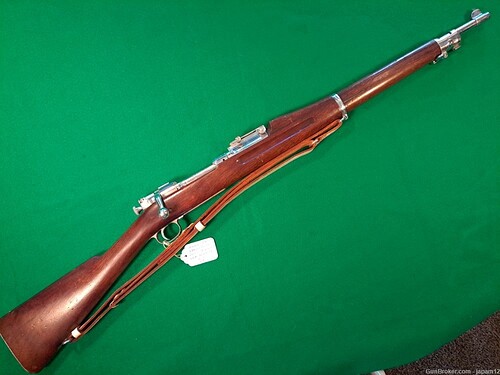 Still trying to get the family heirloom from my dad. An old British .303. the guy that got it died in WWI and I’m the 4th in line named after him so if anyone gets it it better be me, darnit!

The second in line died in WWII over the Pacific. Dad is still around but I think I need it for the upcoming WWIII just for tradition’s sake, you know?

Around the same era. Just the tea-tipping version. You have to stick your pinky finger out when you shoot it. 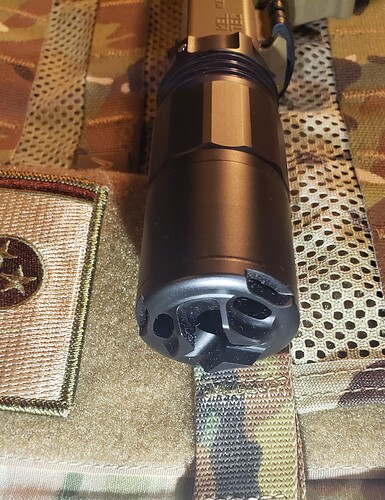 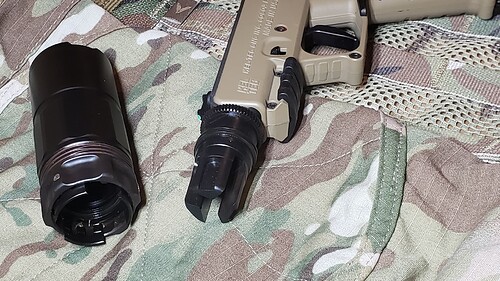 Stuck it on the FDE P17 just for fitment check.

Will eventually put it on an AR.

This arrived Sunday… GPS The Handgunner Backpack Prym1 Blackout. Can carry everything (and more) I need for matches and the range. VERY high quality and was recommended by several folks I compete with… 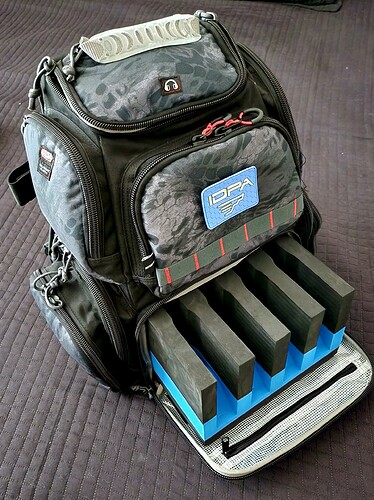 @chilipepper The top compartment is wide and deep, made for shooting muffs. But since I have the AXIL electronic ear buds I fill it with ice and beer for after the shootin’ s#!t party.

And if your only toting one or 2 pistols you got extra slots left for some sandwiches.

Have to put the sandwiches in the outside slots. That way the pistols are sandwiched by sandwiches.

As a bonus if you put the pistols in warm and wait 10 minutes you have warm sandwiches!

The top compartment is wide and deep, made for shooting muffs

I noted that from the handy pictogram patch sewn on the, uh, lid. Either that or it’s a compartment for storing a gross of swimming nose clips. I’m going for door #1.

I haven’t used the words “wide”, “deep”, and “muff” in a single sentence for a while

I’ll bet. I’ll be straight with you, the first two are attributes I tend to avoid when in search of the the third. Just sayin’.

you got extra slots left for some sandwiches

I like your style, Dave. Shootin’ can make a man (or woman) hungry, and I’ve never regretted a handy sandwich. I like the way the sandwiches present themselves on a pull out serving tray as well.

Can carry everything (and more)

Very nice!
Where does the ammo go or is that a no no to keep ammo and guns in same bag?
I was thinking you could use hand warmers to keep your soup warm in the top.

The guy I know has a similar bag. He says it’s always a surprise to find out what he has stored in there.