Is that useless hag wearing a wig? Something looks fishy with that hairline…

Finally, an identity I can associate with. I was gonna ask if we get a flag as well, but that’d be rhetorical, wouldn’t it…

Speaking of flags, had the misfortune of running across this article recently. While I couldn’t read the whole article, I found a few items included in the image at the top a bit disturbing (see if you can guess which items), including the “Painful Parade” caption… 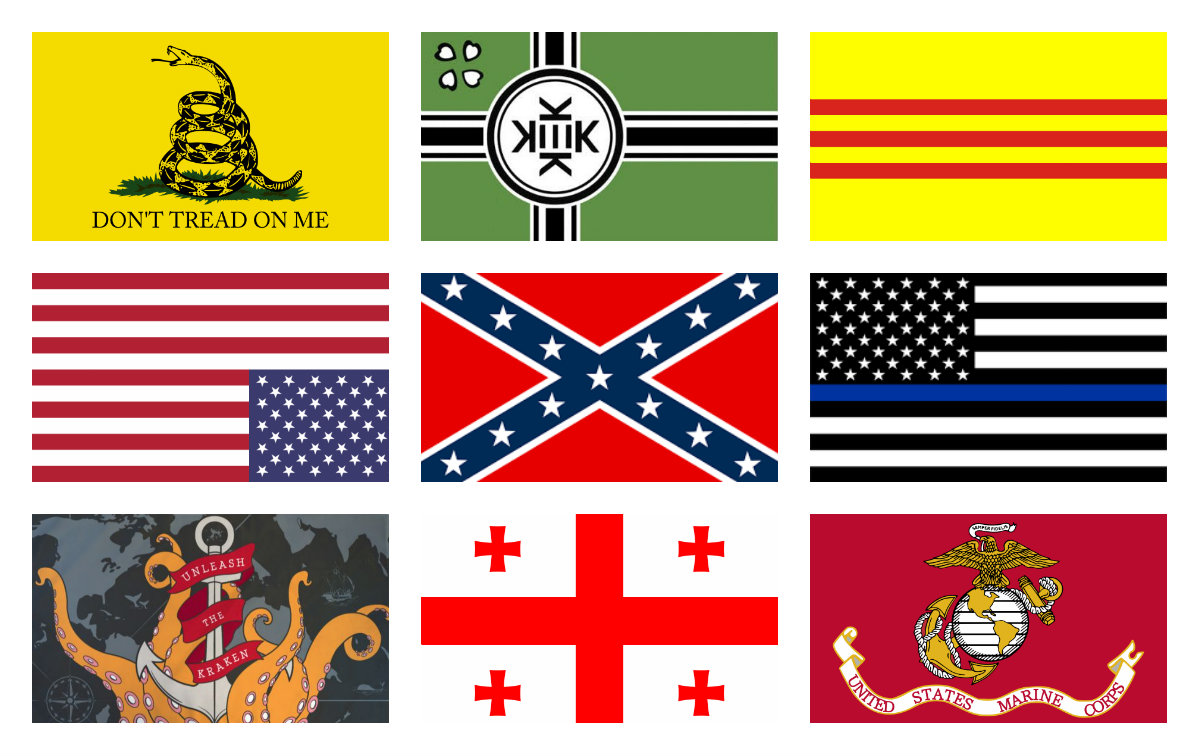 Decoding the flags and banners seen at the Capitol Hill insurrection

Seen as a whole they serve as a twisted ideological quilt for those who believe that the US election was stolen from incumbent president Donald Trump.

Some really ungrateful young $hitbags in this country seem to have forgotten what transpired over the last 250 odd years for them to have the right to espouse their liberal garbage without fear of violent retribution. There’s not a country that ever existed in the human world that didn’t have a checkered past, we are no different. But instead of learning from it, they would rather rewrite it as well as vilify anyone who doesn’t support their actions.

Yeah, that is the USMC flag at lower right, your eyes are not deceiving you…

She is disgusting. How people in California could keep reelecting that thing is beyond me!

She looks like a bad wax work of herself.

The little girl replied, “Then you ask him”

How people in California could keep reelecting that thing