I have the opportunity to trade for an FX-9 with 8" barrel and SBA3 brace and BSA red dot. I am considering trading my Beretta 92 Elite LTT full size pistol for the FX-9. What are your thoughts? Anyone have the FX-9? Thanks in advance.

I don’t own one but I’ve heard that they are are good, solid 9mm AR.
I have to say that these sub guns are great fun, I have three of them now and I’m looking at another!

Thanks Nigel. I am looking at using it for HD. I would add an Olight weapons light and a shake awake red dot. They are hard to find in stock these days.

They are hard to find.
My buddy called me last week about one. I found him an example at Classic Firearms and he jumped on it!
Really can’t go wrong with that package.
I have a friend who uses an AR9 pistol with suppresser for home defense.
He trained his wife on the gun and she has since claimed it!!
9mm Ammo is still available and it is less expensive than .556 so these sub guns make a lot of sense IMHO.

Plus your ears will not be bleeding if you have to use it in the house. Probably will have ringing in your ears for a week or two, but you could loose your hearing if you fire an AR .223 or 5.56 indoors. I really do not want to find out.

@em44052
You got that right Scott!
It makes a lot of sense to me.
I plan on installing night sights on my wife’s AR9 and leave the suppresser on it permanently for your stated reason.
One thing I would recommend is an enhanced charging handle as your pulling against a stout buffer spring and a heavy bolt.
It makes the act of charging the gun much easier.
The gun I found for my buddy is a Freedom Ordnance example. He should be getting it this week. I’ll check with and see what he thinks. He bought it for his wife for home defense too. 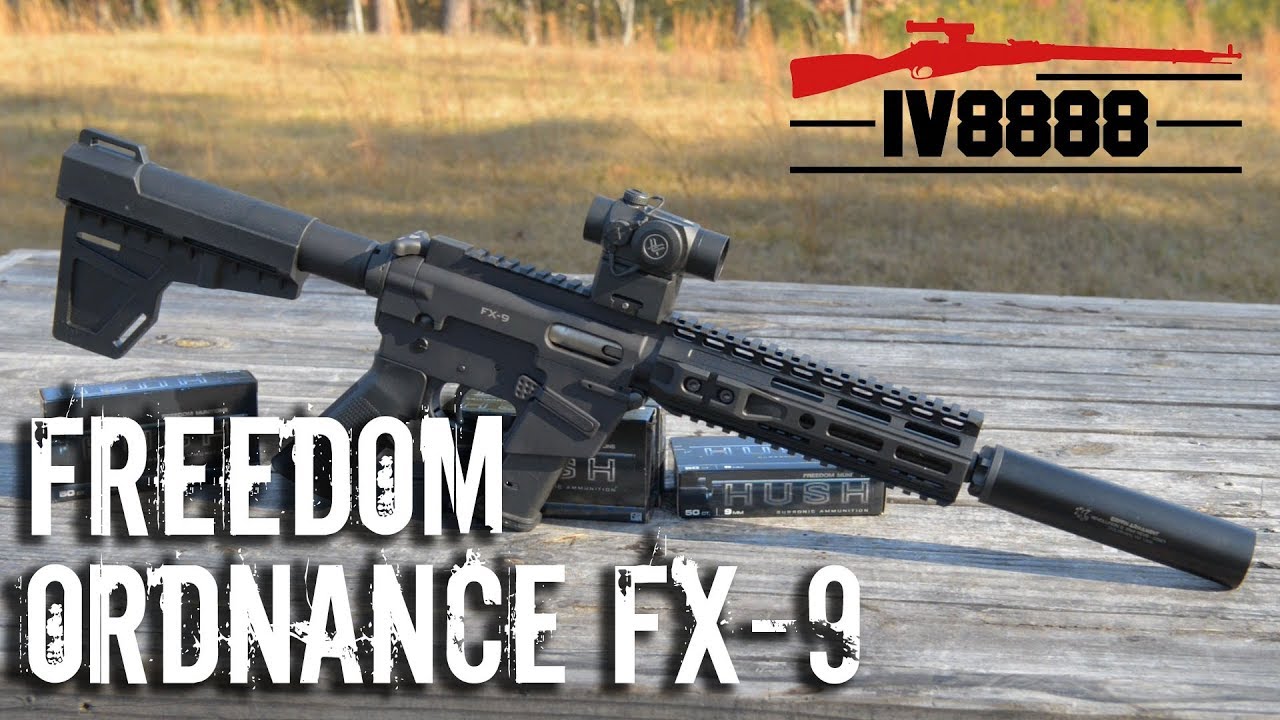 “It is a little gassy” LOL
Good review.

@em44052
Ha! Yeah, these blow back guns with a can attached will sometimes give you a shot of face gas!
It’s really not that bad most of the time and to be honest I don’t notice it anymore.
Interestingly, the only time I’ve ever had a mag issue with any AR, it’s been with a Magpul magazine. I’ve thrown more than one in the trash because of feed issues with them.
In the 9mm, Glock, ETS, SGM all run without issue in all my sub guns.

Well, this trade fell through. I did not hear from the guy that wanted to trade, so I ended up purchasing the Foxtrot Mike 9mm or FM9 with the 7" barrel and the Geissele Automatics Super Semi-Automatic Enhanced SSA-E Two Stage AR-15 Trigger. I hate to do it, but I will need to sell my Beretta 92 FS Elite LTT to pay for the FM9.

https://www.primaryarms.com/?fragment=/geissele-automatics-super-semi-automatic-enhanced-ssa-e-two-stage-ar-15-trigger-.154in
One good thing is that I got a discount on the trigger since I purchased the FM9. I hope it is worth it; I have become a little of a trigger snob.

Update: the guy that I was communicating with finally contacted me last night. I had to tell him I went ahead with other plans.

This is an awesome setup. FM does not formally promise, but does deliver MOA Accuracy performance. It is mentioned by at least half of youtube reviewers.

And, IMO, side charging is knees on bees awesome. Beg’d a BAD Lever setup out of me to simplify controls manipulations. You’re gonna love it. And Primary Arms is a great vendor worthy of your support.

Thanks for the insight Milton. I have researched 9mm PCCs for a while now to purchase or trade, but then 2020 happened and most were out of stock. I have purchased several items from PA, and have always been impressed with their service. I was surprised to find the FM9 in stock yesterday morning and had to jump on it. And by the way; the side charger does look cool.
@Kona suggested the Romeo 5 red dot for under $200, so I purchased that also. The only other item I want to purchase is a good weapon light (suggestions welcome). I have an Olight on my HD P-10 FS, and will probably buy another for the FM9. I also purchased a slim Magpul grip. I will give updates when everything comes in.

So, this just happened.

Got a KVP Linear Comp for my FM upper. So, went to remove the Foxtrot Mike Sound Forwarder. Barrel was insanely loose so I had to disassemble the upper, torque the barrel nut, get the barrel nut properly indexed for the hand guard and rebuild.

I purchased it as a complete upper so I’m pretty sure FM assembled it on a Friday. I’m not pissed but the experience knocked a little of the shine off of my opinion of the company. I don’t generally handle barrels so it could have been many more months before I discovered the barrel slop which was very noticeable. I was able to wiggle the sound forwarder inside the handguard. The handguard is keyed to the upper, but that little key was the only thing holding the barrel in place (I unscrewed the barrel nut by hand to confirm that the barrel wasn’t keyed to the upper).

So, try giving the barrel a spin when she lands. My bet is that this is highly unusual from Foxtrot Mike.

Finally it is here! I put about 150 rounds through it with no issue.

@Dred ive got to the point anymore Milton ,if i buy a complete upper, first thing i do is break it down, check add vibra tight and retorque. most of em i find either light torque, or no loctite…