The “Trump Card” is just around the bend… 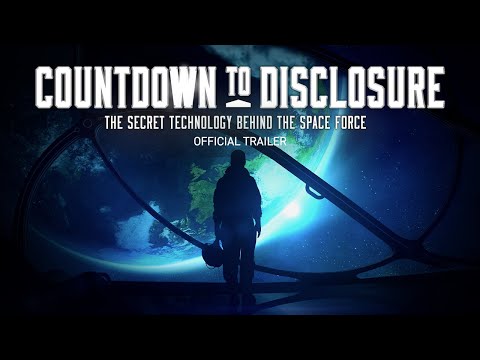 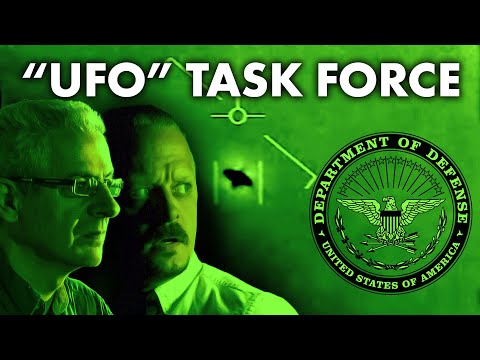 I called it… an excerpt…

“Also, the U.S. government has a long history of letting the public imagination run wild with extraterrestrial conspiracy theories to divert attention from classified projects or accidents.”

Calm Down, Everyone: The ‘UFOs’ Aren’t Aliens | National Review

The videos disclosed so far all have obvious potential terrestrial explanations.

Until one sets down in Dallas I will never be convinced that aliens are visiting the Earth. The science fiction movies are great to watch though.

Like I said, what if space travel is as simple as being in two places at once? That would mean they could be here one minute and gone the next. You know a hundred years ago the thought of taking a picture and sending it thru space, just for it to reappear on a television was outlandish. Heck 20-30 years ago we were faxing.
I am not saying beings from another planet have or have not visited, I am simply making the case that why would we think they could only do so in some sort of mechanical flying object?

why would we think they could only do so in some sort of mechanical flying object?

Because Hollywood tells us that. We are lucky to have celebrities and sci-fi writers as our science experts (and moral compass).

However the truth remains… They are not among us.

They are not among us

I am not quite so certain and am willing to entertain the possibility. Of course, the best evidence that they are not is to just look around and ask yourself why an advanced civilization would want anything to do with us. The proof is out there - at Walmart.

I will never be convinced

Me either, BUT, a friend told me a story, where during broad, him and two others watch 3 house sized orbs pass overhead. His estimate of size was determined by one that clipped a cloud part way so they were high enough. I’m convinced in that aspect as he is a truthful person.

Anyway no apocalypse prevention towards any intervention from them, if legit.

@Stircrayzy - looks good… but what about the grid that supplies electricity? If the grid goes down, and pretty sure it will, what good is this device at $400?? Any info on what the nations electrical grid is doing to prevent an EMP, CME event? Heck, we can’t even prevent a “hack” on a very important Oil pipeline.

Absolutely spot on Joe Friday! Why?

@GOBLIN OK… Officially freaked out by commentator in second video. Am I missing something here? Because it seemed that he was happy about the uptick in CMEs.

The proof is out there - at Walmart.

Suspicious0bserver gets excited over stuff the “official” scientists deny. He had another good vid today. Seems the pissed off sun had a sunspot form and eject right before it went out of satellite view. Seems Monday or Tuesday another cme hit for us. He doesn’t think anything major will happen. The dude has been fighting “scientists” for a long time, as well as dutch sense (earth quake guy).

I’ve seen and experienced many strange thing over my life time. I’m sure we are not alone. Same thing goes with different dimensions and the like. Also remember “time” is just something man invented. I’ll keep my tinfoil hat on thanks lol.

ive got guys that are heavily into HAM radio. im not but i have been know to hang antennas and dial in Freqs,(my sweetheart talks to a couple in New Zealand daily) she was worried about talking local during snow,and had this funky abomination of what they call a tower,
I did some enhancements and now shes worldwide.

Talking skip. I remember, my dad was into radios.

They are not among us.

I think something is. Without turning this into religion, I have made the comment to several people that if angels. God and all that are not from here, then they are aliens, correct?
All I know is I have seen to much weird stuff to not know there is something else besides us. What that is or what name people want to call it, does not matter or concern me. I did not think so most of my life, even as the weird things kept adding up. I was and still am very science minded, but science can not explain everything and they know it. I do not know if everyone is like this or not, or at what degree, but I have always separated things. Even people, this guy I like to talk and shoot guns with, that guy I like to talk old cars and bikes with, the other guy I like to talk sports with, yet another guy I like to talk music with, and so on. Look, they even have bars kind of built around that concept. But it was not until I started to see commonalities in everything I knew, that I started to wonder if it is not all connected. Then when you start to apply that, you end up with science and religion saying much the same things about certain things, just in different words.
Much like how I said they wonder how something can be in two places at the same time, I started to realize that it may not be either or, but rather both. Not with everything obviously, because I mean look at politics. What is politics if not the art of making a deal with the devil? If there is a right and wrong answer and there is about some things, then is not politics about compromise? So what is right is compromising with what is wrong. When your child wants to stick a fork into an outlet, do you compromise and say ok, but only once a day?

Sorry to disappoint you - but an EMP wouldn’t destroy electronics the way that it’s depicted in TV/movies. The level of EMP that would be required to spike the semiconductors in your small electronics with high voltages is so ridiculous that you’d have to be next to an actual nuke going off, in which case, the last thing you should worry about is whether your red dot works. What most people worry about (and rightly so, IMO) is the effect of a mid-level non-nuclear EMP on the power grid. So, I would say as long as you’re prepared for loss of the power grid, you’re fine. If you’re all that concerned about it, though, you could use a Swampfox Blade, Primary Arms Cyclops, or other etched reticle 1x sight, or offset/cowitnessed irons.

The loss of the power grid would be the end of the country. It will not be easily or quickly restored, and without it manufacturing ceases, including oil refineries, assuming anyone will show up for work since they’ll be busy defending their families. Without fuel, everything stops, even the machinery that survived an EMP and regardless whether it uses electricity or fossil fuels. Consider what stopping a single pipeline can do to wreck an economy. Now consider what stopping ALL of them would do.

Without fuel, farming doesn’t happen. Likewise transportation, especially shipment of food. No food for as little as 2 or 3 days means massive riots and unrest in the cities, then people spreading into the surrounding countryside like roaches. Many will be in armed groups that can easily overwhelm small towns and individual farms, and they’ll strip everything like locusts, eventually spreading everywhere.

Most people don’t realize how vulnerable we are to even low-tech attacks. We could easily be destroyed by terrorists or traitors with high-powered rifles to shoot up big electric transformers, simple TNT at oil pumping stations, rail hubs, and bridges… or politicians.

Phuzzy42
That is a true Apocalypse to actually prepare for IMHO.
Larry

Most people don’t realize how vulnerable we are to even low-tech attacks. We could easily be destroyed by terrorists or traitors with high-powered rifles to shoot up big electric transformers, simple TNT at oil pumping stations, rail hubs, and bridges… or politicians.

That may not be as effective as you’d think, especially when you consider what’s already in the reservoirs - and pipes. Many towns and individual homes have their own wells too. It would take a lot of contamination to affect many people, and it wouldn’t happen quickly enough before it was discovered.

Something like a biological agent would be more effective, but even then it would need to be dumped in fairly large quantities and its effects would have to be delayed long enough for a large portion of a city to take a drink. There’s a lot of capacity of ‘clean’ water in the pipes that would have to be used first.