Does anybody here "Sprechen Sie Deutsch?"

This is what seems to be an interesting article about the German MEN munitions factory. I doesn’t speak kraut even tho I’m descended from a long line of 'em (my 7-time great-grandpappy Messer left his tiny village the Alps in 1738 or so to immigrate here) Have tried using the Babelfish translator but it won’t translate more that a sentence or two at a time. Says it’s too busy. Can anybody help me out? 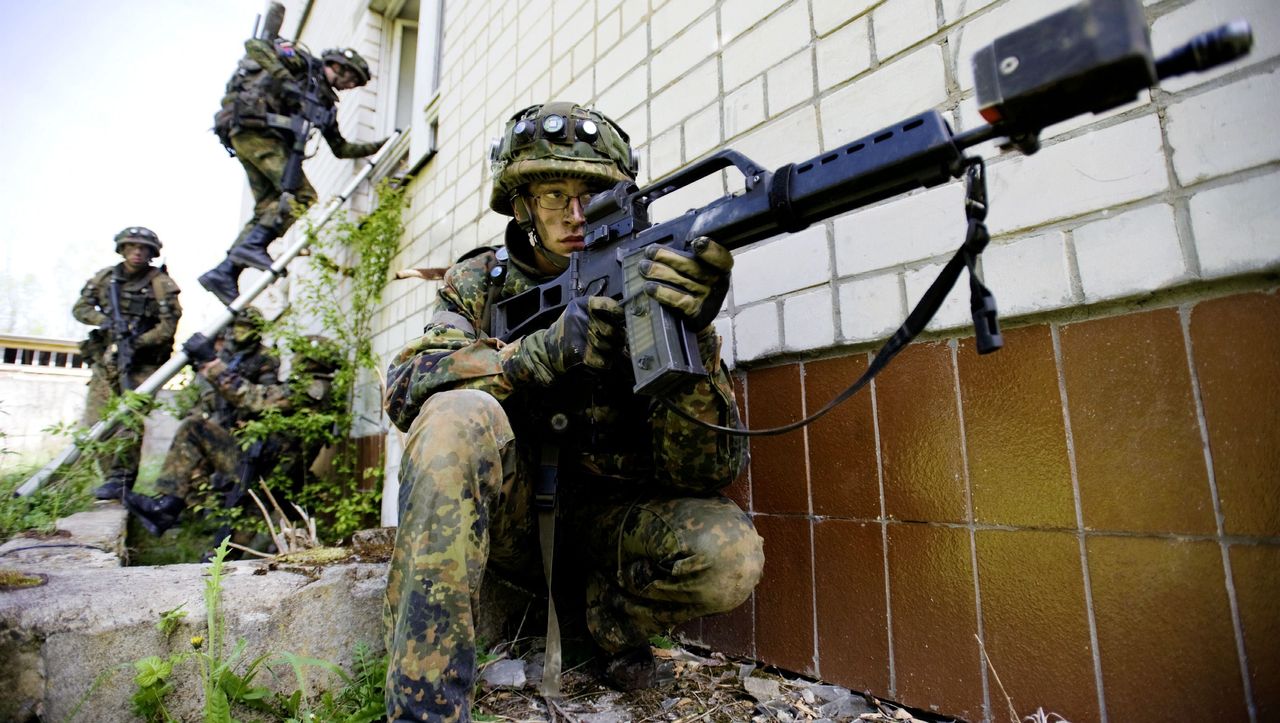 Because jobs are rare, the citizens of Nassau an der Lahn defend their ammunition factory as a necessary evil. Since the takeover by a Brazilian arms company, however, there have been doubts about compliance with the War Weapons Control Act.

Thanks. I did not notice the date on the article whilst trying to research the manufacturer…

If you open in chrome browser google will translate it for you. Just select english.

The ascent through the forest up to the ancestral castle of the Dukes of Nassau-Orange takes twenty minutes, but once at the top, the hikers are rewarded with a wonderful view over the Westerwald - and of the sights of Nassau an der Lahn: the carefully restored town hall of 1609, the half-timbered beams of which have all been preserved in their original form, the city palace, in which the Prussian reformer Freiherr vom und zum Stein was born, or the recently upgraded spa gardens.
“We have so many beautiful things”, enthuses the shopkeeper from the office with a circling movement of the hand, “you just have to look around.”

Another special feature of Nassau is usually hidden from visitors to the idyll: around three kilometers from the center, hidden in the forest below the main road, behind a huge metal gate are several low factory buildings, gray, inconspicuous, almost shabby. Cameras record every movement in front of the factory premises. According to the company, “high-precision, technologically sophisticated products” are manufactured behind the walls. Powerful, effective, certified. In addition, “low in pollutants” - without toxic fumes, without contamination of the soil, the company attaches great importance to this.

We are talking about the metal works Elisenhütte Nassau (MEN), one of the largest. Bundeswehr soldiers equip pistols, rifles and machine guns with cartridges from the Westerwald, police officers from Canada, Norway and Switzerland use them, Europe’s armies from France to Poland, but also those in Singapore and Japan fire with bullets made in Germany. The company’s export share is over 50 percent. MEN played a large part in the fact that Germany is the third largest arms exporter in the world.

"If they don’t make the ammunition, others will do it"

For most of the residents of Nassau and the surrounding area, the munitions smithy was always there on their doorstep. Founded in 1957 on the occasion of the German rearmament, it was initially only intended to equip the young Bundeswehr - which was used exclusively for national defense. But even when MEN entered the export business and when German soldiers took the ammunition into battle abroad, the 5,000 residents did not torment themselves with excessive moral concerns. “Those are normal jobs,” says Thomas Schäfer, who owns a junk shop in the center of the village. In the butcher’s shop next door, owner Brigitte Engel announces a common argument in the city: “If they don’t make the ammunition over there, others will do it.” And Thomas Treis, self-employed electrical engineer,

My brain translates that as…

I spanked nine bitches in those stupid trucker hats!

You can’t find your purse?