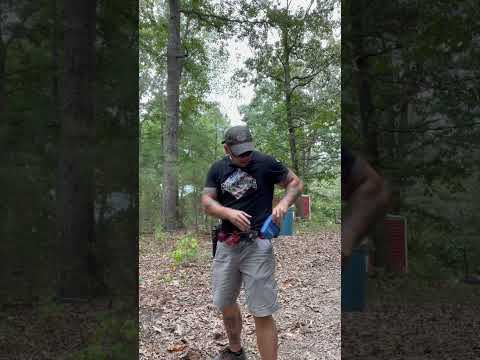 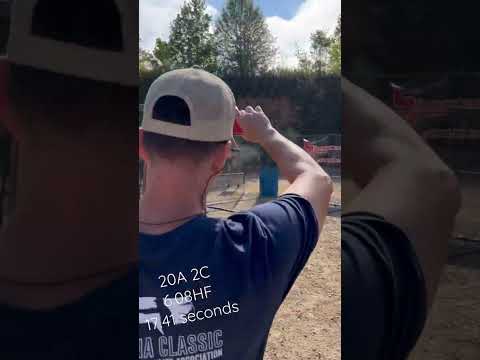 7th out of 120 Carry Optics on Stage 3 at the NC State Championship this wkend.

Hey all!
Been taking a break with this freakin’ Plantar Fasciitis crap. Back to about 80% but decided… f**k it, I need to get back to living again. My gal is going through chemo as well. Been a tough few months.
Had my first IDPA match in four months on Monday.
Started with my unloaded Glock 17 and a 10 round mag on the blue barrel. After the first 10 rounds (5 targets) I had to perform a mandatory mag change behind the concealment barrier before moving to the third set of targets. The last three targets (one was a no-no non-threat) were behind a knock down barrier. The only option was the two 4" head shots. Nailed all four shots… but, you can see the timer & scorer dudes put one finger out for a 3 point procedural penalty. Since I stopped on the left side of the red floor marker I was supposed to take the right targets head shots first, but I shot the left one first. Basic rules of pieing a corner and taking out the first threat, first.
Not a bad stage, besides the 3 point procedural error I had two -1 downs for a total penalty of a 5 second addition to the raw time for that stage.
I did a lot of dry fire practice when I could. It helped as I had less “Points Down” than any match I have ever competed in. Now I need to get my old man shuffle back to 100% soon. 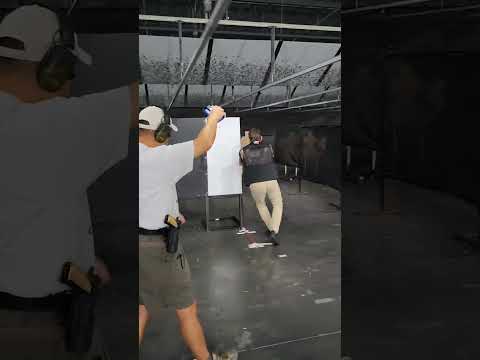 Been taking a break with this freakin’ Plantar Fasciitis crap.

So no one has to Google it… 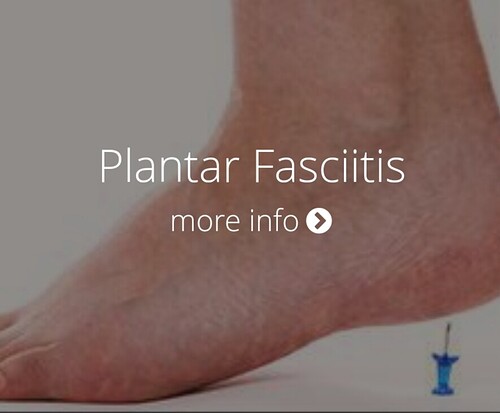 Same here. This was my dry fire practice. 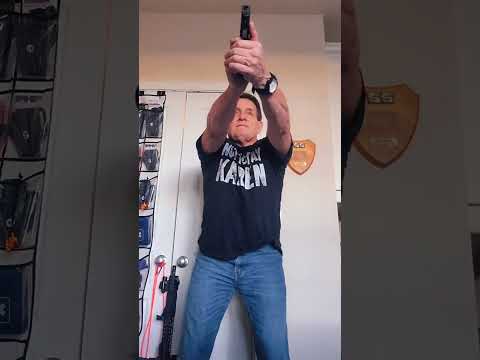 AIWB (Appendix Inside the Waist Band) draw with my 9mm Glock 43. Practice this (Dry Fire) 1,000+ times before using live ammunition. ALWAYS use a high qualit...

Two days after recording this at home I had holster proficiency training at my gun club. My previous fastest recorded AIWB time from beep to blast using live rounds was 1.31 seconds. That was a few months back. My instructor saw my YouTube video last week and told me we were going to beat that old time. So… he called out my first timed score as 1.08. I thought… holy s#!t… lets do this. Then 1.02. Then 1.03. Then… he said nothing. I turned around and he was smiling and the little beepy thing read .99

My new goal is .85
Not the fastest for certain… but it’s my goal.

Just registered for my first ever match:

Looks like a 3+ hour drive but the stars are aligned - well, we’ve got Jupiter in opposition and at its perigee right now - so there’s that.

Practicing with my S&W M&P 15-22 w/ Tacticon 1-4x24 lpvo and Browning Buckmark w/ Browning Reflex Sight (red dot.) So that puts me in the “open division” as a “super senior.” It definitely will be a great experience with lots to learn. Baby steps!

Ordered 5 mags for the Buckmark. Went with Browning OEM because bad experiences with knock offs. Two of the five have issues right out of the box. Hard to load once you hit #4 then sticky, then almost impossible to insert #'s 8, 9, and 10. Works smooth when you move the loader helper button when empty. When you load 3 or 4 and move the button all the way open, the rounds don’t move down. Something hangs them up until they get forced down. 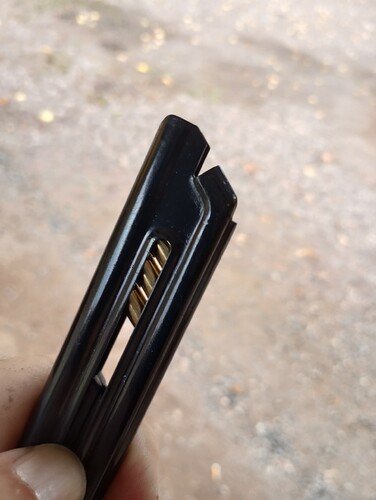 When you use these mags, you get almost instant malfunctions. Failure to load, fail to eject, failure to communicate, etc. Tried different ammo brands, gun oil, ballistol, and curse words - nothing helped. A couple others of the new mags were only “kinda” sticky and after some use “broke in” and seemed to remain reliable. I am going to see if I can “loosen up” the two bad ones. Ideas?

Going to call Browning - and probably MidwayUSA (since they sold them to me) - somehow I don’t think either of those outfits are going to over-night me a dozen new ones before I embarrass my self in a match. Gonna be a long night of mag stuffing and unloading.

When I finish my book: “On the Road to the World’s,” there will be a whole chapter on don’t try anything new a week (or even 2 weeks) before a match.

FWIW I never put a new mag in service until its been stripped down and throughly cleaned. But hey, my OCD is legendary here.

Edit: Then they go out to the range for testing.

Biggest issue is even the oem factory stuff from the well known and usually reliable makers is so much more stamped out and mass produced that quality control across the board these days are terrible. Allmost everything now days need to be stripped and gone through by the consumer to get that final fit and finish. The big companies sell so much inventory they could care less most times if theres a few broke eggs in the box. Its cheaper to deal with returns then it is to pay someone to go over every piece to insure quality. Most places will make it right. My problem is if they took little more time like they used to there wouldnt be the problems to deal with. Like my dad says if you got time to do it twice you had the time to do it right the first time.

Browning service & repair guy said they are counterfeit mags. How can you tell? “Because they don’t work.” Indeed they don’t work but the coating on them is very nice - the edges don’t cut you hands.

Turns out, my LGS had 3 in stock. I bought them and they function checked normal.

Larry Potterfield can file down the insides of his “factory original from Browning” magazines - I don’t get paid for that.

JS5669
Flounder and Chairman of the Bored