Well, if you ever come down and shoot @ PSC in Friendswood Tx. let me know. That’s the shooting club I’m a member of and we have monthly IDPA matches. 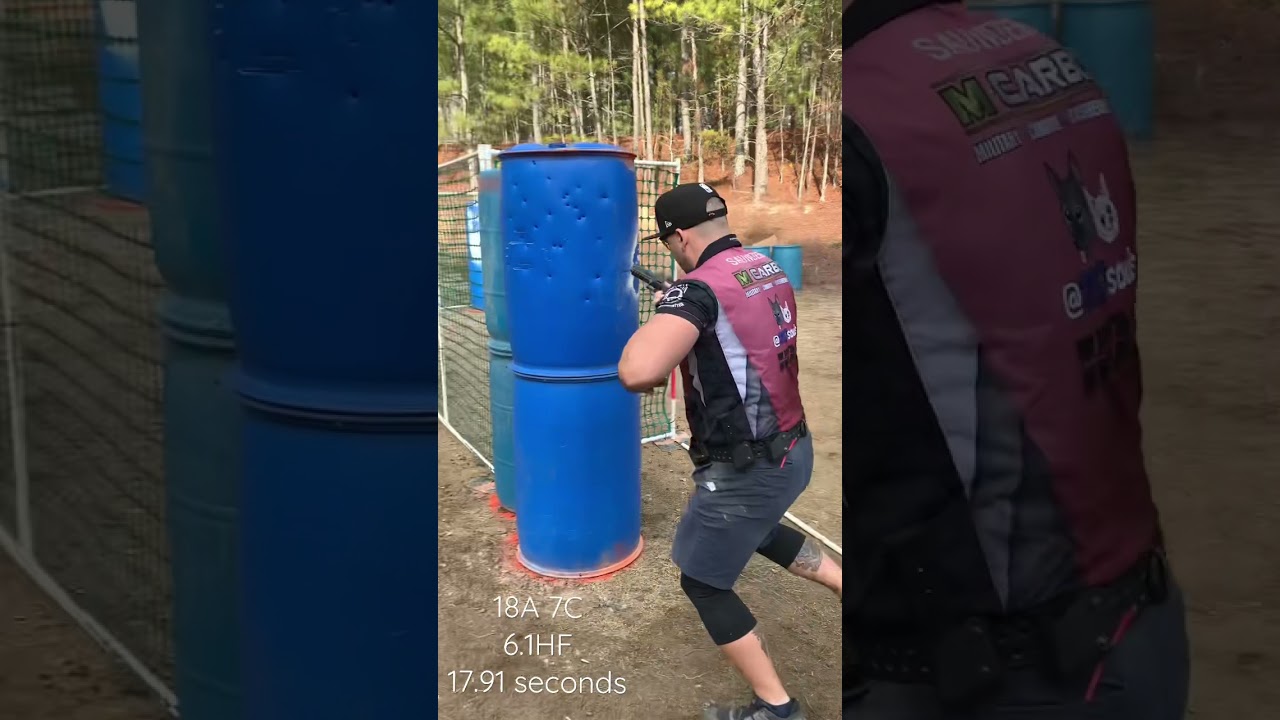 It would be interesting to know the “Average Placement” of individuals using a particular model. I can’t find that stat. Post it if 'ya got it. 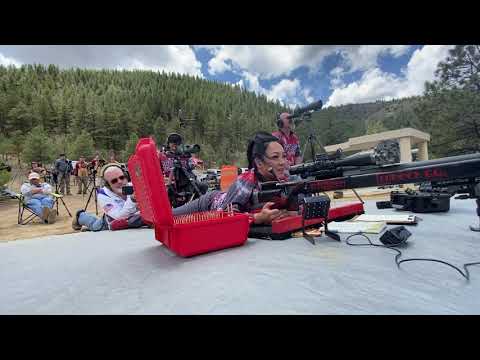 Next week is my IDPA Intro class. Then the following week is my first competition match. My goal… don’t 'F up, and to have fun meeting new people.
I will be shooting 9mm in two different classes. “Enhanced Service Pistol” (ESP) using my Glock 17 and also “Pistol Caliber Carbine” (PCC) with my KelTec S2K. Both firearms use the Glock 17 mags.
My question… for matches that are primarily 7 to 15 yards to target… which grain 9mm is best? I have plenty of both 115gr and 124gr.
Any thoughts appreciated.

I cant answer your question as of best weight ammo to run during competition. But do wish you good luck sir in your first comp. You gonna have to get you a go pro so we can see your feats and fails here on the forum. You know this bunch will only give you helpful constructive criticisms.

Participated in my 1st IDPA event last night. My Glock 17 was considered an ESP (Enhanced Service Pistol) class because of the stippling on the frame (pretty bogus rule, but…). I finished 1st in my class and 2nd overall. The guy that beat me has done IDPA for many years and had a red dot optic (CO class - Carry Optic)… I just used my iron sights.

It sure is FAR more fun to shoot IDPA than just stand behind a gate and put holes in paper. You do some serious defensive shooting. And I met a freakin’ ton of really great people.

Rumble seems to be catching on.

I finished 1st in my class and 2nd overall.

The guy that beat me has done IDPA for many years and had a red dot optic (CO class - Carry Optic)… I just used my iron sights.

Your irons will serve you well. I know @Kona is a fan of red dot and I get where he’s coming from, but I suspect it takes longer to be proficient with the RDS as well. I would guess that the other dude is probably well versed with his, much like you probably are with your Glock irons.

Training with your chosen system is likely the key, lots of training. Just as Kona how many rounds he blows through per month on practice…

I kinda think they are commie bastards with their woke censorship.

They might not be as blatant as some services, but there’s definitely some filtering and feckery afoot…I’ve seen it in firearms related channels I subscribe to.

Training with your chosen system is likely the key, lots of training.

@chilipepper Dave I have a RING’S prop LEO Glock 17 at home as well as the G-Sight system. I work hard at muscle memory. Example, I got an IDPA approved holster last weekend and spent 4 to 5 hours practicing and perfecting my draw. I did it while watching football. Lol. I also pay $70/hour at my range… training with a former Marine pistol CCP “Expert” qualification. He doesn’t get paid to be nice to me… he gets paid to make me a far superior marksman.

Your irons will serve you well.

Going to stay in the “non-optic” pistol division using the irons. After I get more familiar with the IDPA rules and course layouts I will start shooting in their PCC division using my KelTec S2K and a red dot optic.

…as I suspected. And you dare call yourself a Texan…

May the ghost of Johnny Mo haunt you in your sleep!

Last night was my first “official” IDPA match. Six times as many people and three times as many stages as last week. Took a 2nd in my classification, and… 27th overall. It was 4 hours long, I was exhausted at the end. This was sooooooo different than last week. I have so much to learn… so my goal is not competition now, it is on accuracy and avoiding procedural penalties (and there are over 40 procedural penalties!). I have started a YouTube channel for my kids in Tennessee to watch… and if anyone wants to follow my progress… make sure to subscribe and like (I have always wanted to say that, lol)

In this stage the video starts after my draw (the nice guy forgot to hit record right away). After the first two targets (immediate threat always first when pieing a corner) I had to knock the top of black door open with my firearm (NEVER your hand, don’t want to shoot it and DQ) and that starts the target in the back moving). After that the next stage has several targets and included a mag reload. The next one again was simulating pieing a corner an taking the immediate threat out first, then the next, and then the last.

You will notice the Scorekeeper put one finger out to indicate a penalty after I knocked the door open because I straddled the line (red piece of wood on the floor)… I was supposed to have chosen either the left or right of the line (Procedural Penalty). Next… It’s kinda blocked out by the Scorekeeper on the next three targets but I had to reload. He gave me a second penalty (two fingers out now) for having one round remaining in the mag when I released it (no tactical reloads allowed) to reload a second mag. Even though my Glock 17 has standard capacity mags of 17 rounds, rules are only 10 rounds per mag… or less if they say so. It can change on every stage. Really need to pay attention better.

Like I said… lots to learn. Too easy to lose your “presence of mind” when there is so much to potentially screw up.

Flame away (but remember this is really day one for me)… I will improve. And… I highly recommend you consider joining a competitive shooting club… even though I felt I made too many mistakes I had a smile on my face from the start of the match and I still have it today.

Nice job brother for first go i would say not to shabby. But of course i dont know spit about comp shooting so that could have been terrible😃. Ive been looking into sass (single action shooting society) style competition. Since im not biggest fan of modern day firearms. The cowboy action stuff interest me more. I have many modern day firearms. But its the old stuff that i enjoy shooting, working on, and learning about. Ive mentioned cowboy action shooting on here before and cant beleave no one here is into that seen.

I wouldn’t worry much about that here. You’ve stepped up and you’re doing it (and that’s something itself), we are not, so taking the piss would be in poor taste at the minimum. Based on that, only @Kona has enough street cred to give you guff…but I don’t see him doing that, doesn’t seem like his style.

Keep plugging, you will improve. I think if you stay focused on your shooting accuracy and the procedural stuff, the speed and fluidity will come naturally and in time.

but I don’t see him doing that, doesn’t seem like his style

Yessir! Never give anyone grief for getting out there and trying!

One of the coolest parts of that organization is the “period correct” clothing and gear they use. 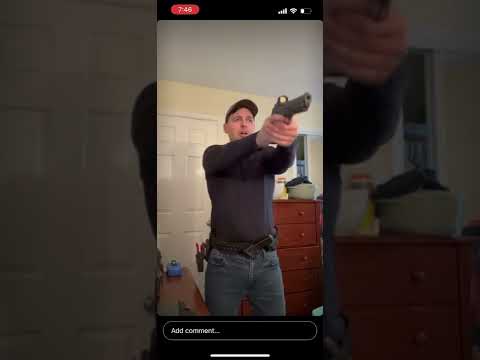 How to get faster reloads

Some advice/motivation to get faster

Some advice/motivation to get faster

I practice mag reloads while watching TV. I practiced last week during an entire NFL game. Well over 1,000 reloads. For me it’s 100% about muscle memory. What I am watching or hearing should make zero difference.
But… do not do this listening to AC/DC… mags were flying all over the living room.