I searched the forums and only came up with a thread regarding new firearm break in procedures so I thought I’d ask…what say the Brotherhood on new barrel break-in, in particular if the barrel manufacturer stipulates one?

I’ve poked around the internet and the opinion of many would seem to be that breaking in a barrel is pointless and therefore a waste of time, regardless of whether the manufacturer has one or not. I realize that there is a wide range of quality levels in AR barrels, from cheap Parkerized carbine barrels to chrome lined to stainless steel match grades, so maybe this is an additional factor to consider.

I’m currently working on an upper build with what I don’t necessarily consider a cheap barrel and I’d really appreciate some honest opinions and personal experiences on this subject. I consider you lot to be a trusted source for solid info, you’ve not let me down yet.

Thanks in advance for any assistance.

I had a custom rifle built and the builder “required” a break in and had very specific instructions as to how. Went thru the same search and came to the same conclusions as you. Now, I did go ahead with the procedure, if for nothing else but peace of mind knowing should an issue arise later I had followed his instructions to the letter. It wasn’t terrible, wasn’t particularly difficult nor did it distract from the experience. IMHO, you have nothing to lose by following the break in instructions. I suspect a bore snake will be involved?

IMHO, you have nothing to lose by following the break in instructions. I suspect a bore snake will be involved?

This is kind of where I’m coming from with it as well, I’ll be at the range anyway and I’ve got the time. Aside from that, I would like this barrel to last a long time and be as accurate as possible so if there is any credence to barrel break-in procedures, I suppose it’s worth going through the motions. Generally speaking, I take internet information with a grain of salt and some of the forums where I found break-in information are the kind of places where everyone is an authority and you’re an idiot for asking in the first place, which made me even more interested in finding out where the crew here stood on the subject.

I’ve seen greatly varying break-in procedures but they all basically boil down to a series of shots followed by cleanings. This is an Aero Precision/Ballistic Advantage barrel and their break-in is pretty brief and straight forward, whereas some I’ve seen are rather lengthy and go through quite a bit of ammo.

The bore snake will definitely see some action…and speaking of which, is it just me or are bore snakes slicker than snot on a new doorknob? They’re so simple, compact and seem to do a great job. I’ve got a bunch of them though recently switched from Hoppe’s to a brand called Sage & Braker as the bronze bore brush is not sewn into the buffing rope and can be detached, either to run the brush by itself or to wash the rope without having to deal with the brush bristles. The overall function is the same though I thought that was a nice innovation on their part.

I usually just send it.

Also, typically i run guns dry first outting till they malf, clean lube and repeat redneck science says that lets everything wear in.

My new Weatherby has a 40 round procedure. One shot, let the barrel cool, swab it. Do this 10 rounds. Then do the same with 3 round groups 10 times. The barrel is considered broken in at this time. Seems like a headache.

@chilipepper I’m not a barrel expert but I’m good at technical manuals and working on mechanical equipment. I would ask the manufacturer “why” they recommend the break-in procedure and what can happen if it is not followed?..then use my own decision moving forward.

9 times out of10 the explanation has no actual science behind it, typically its just what became their personal voodoo charm when they were a competitive shooter or its one of their buddies special sauce from when they shot competitively, or its what pappy told em to do when they were a kid

This my personal break-in Load/Shoot/ Repeat.

Maybe it’s like breaking in a new cast iron woodstove? Depending on the composition of metals involved, preventing overheating in the beginning might be the reason. Sure beats sucking up a warranty replacement barrrel!

There’s a break in? Is this trick to see how many people actually do it?

There’s a break in?

We get countless numbers of calls from customers asking the best way to break in their new Ballistic Advantage barrel. Doing a search on the internet can leave someone overwhelmed with a huge selec…

In general,Unless your shooting a high $$$ custom precision barrel,there’s really no need in “Breaking In” a barrel. Most shooter’s couldn’t tell the difference.
The basic reason for shooting 1-5 rds and then cleaning is to rid the barrel of any copper from the burr’s that reside inside the bore from machining the grooves & lands.

Cleaning the bore often does more damage to the barrel than just shooting it. IMO,unless your buying $400 - $600 precision barrels,your just wasting time and effort doing a break in.

This is a test load group from my custom 22 Creedmoor, X-Caliber barrel that I never did a Break In on.
Other than giving it a good scrubbing when I put the rifle together,I just load it and shoot it. Clean it when the groups open up,and shoot it again. 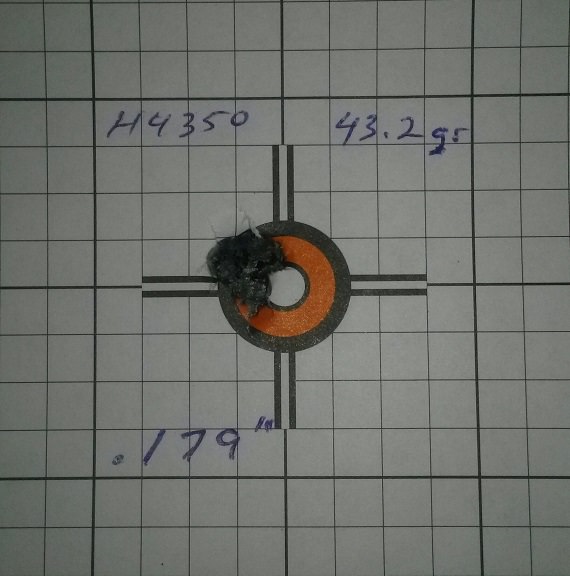