Anyone else shoot Long Range?

I have always enjoyed honing my shooting skills,and have been shooting long range for many years. We can shoot out to 1200 yards at the ranch,and I’m lucky that I have two gun ranges within a 45 minute drive that go out to 1300 yards & 2000 yards. The farthest that I’ve shot is 1793 yards,and there’s nothing funner than hearing the “ping” of the steel when you learn how to shoot at longer ranges.

The bad thing about it is it’s addicting,and expensive! For years,I have built/assembled all of my rifle’s,and it helps to know some really good shooter’s,and gun builder’s. Then using optics that are built for the task will break the bank really fast. On most of my long range rifles,the glass cost more than I have in the rifle,but you can’t shoot what you can’t see!

For many years,I shot with a 300 WM but even with a 17 lb rifle,the recoil will still beat you up when firing a bunch of rounds. Back in 2007 when the 6.5 Creedmoor was developed I liked what I read about the cartridge,and I built my first 6.5 CM in 2009.
Nothing special,just a Savage 12 action in a Choate Tactical stock,a E.R.Shaw 26" varmint contour barrel.( I always passed on using a Shaw barrel because of the negative things said about them,but I got in on a group buy and bought a 7mm-08 & two 6.5 CM barrels for $179 each - Kinda hard to pass up!)
I topped it off with a Sightron SIII 6-24x50 scope in Burris Signature Zee rings,and a 20 moa Weaver rail.
Bought some Hornady brass,Berger 140 VLD bullets,and loaded them with some H4350,and Reloader 19 to start with. The first range test produced the best 5 shot group that I’d ever shot - a .122" group at 100 yards. That sold me on this cartridge,and a Shaw barrel.
Shooting this gun long range is almost too easy,it wears a different scope now - an Athlon Cronus 4.5-29x56,and has no problem shooting out to a mile. 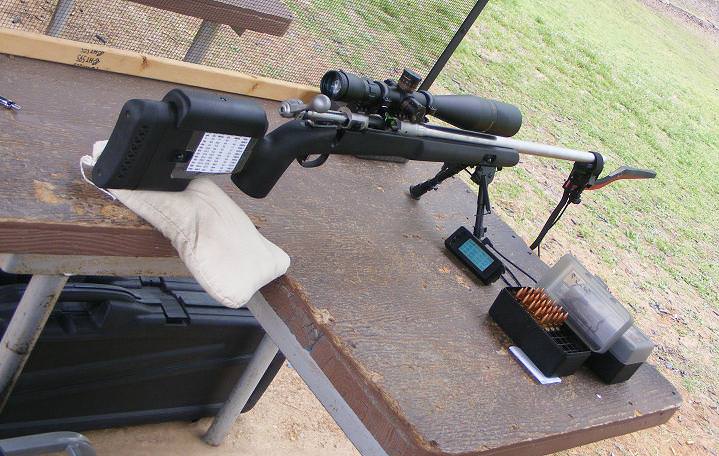 I shoot left handed,so I wanted a 6.5 CM in a LH action and put this one together using my other Shaw barrel. It shoots almost as good as the first with a .130" best group. A friend of mine shot it and just had to have it,so I sold it to him. 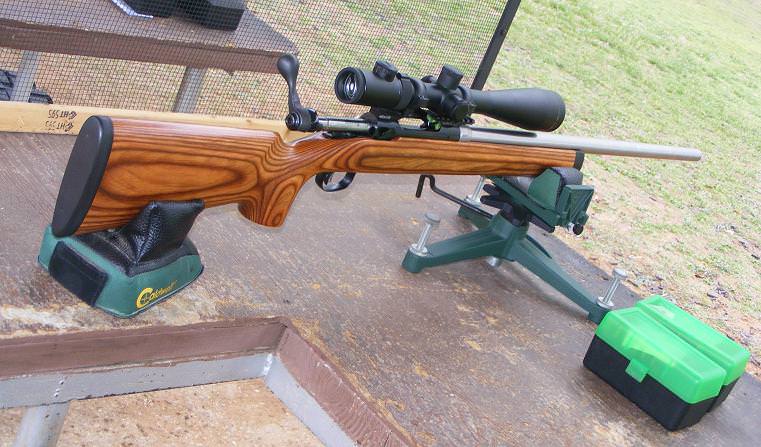 When I got everything I own paid off a couple years ago,I decided to build my “Ultimate 6.5 CM” rifle.
LH Shilen DGR action
Shilen select match barrel
Trigger Tech Diamond trigger
LH KRG Whiskey 3 chassis
20 moa rail
ARC M10 rings - 40mm tube
IOR Valdada Recon 4-28x50 scope
Then I cerakoted the metal in burnt bronze,this things a beauty to look at,and to shoot.
There’s no trigger on the gun in the pic,I was waiting for it to arrive!

My latest one is a 22 Creedmoor that I built for a high speed varmint killer. I’m pushing a 75 gr Hornady A-Max at 3500 fps out of a 20" barrel,it should last about 1200 rounds before the barrel is toast.
LH ARC Nucleus action & 30 moa rail with the Barloc barrel nut system
X-Caliber barrel
Trigger Tech Diamond trigger
KRG Bravo chassis with a LH Whiskey 3 backbone,and I modified the outer shell for a LH bolt
ARC M10 rings - 34mm tube
Revic PMR428 scope

What an ‘impressive’ bunch of arsenal brother!!! I build my own 22’s and am currently making my first 17HM2. I cannot fatham that type of investment. Happy shooting!

I’d welcome the chance to stretch the legs on my little old .223 Wylde custom. Probably have go out of state for that.

Thanks,Here’s what the 2k yard shooting lanes look like. There are two lanes that are split going across this place. I usually shoot on the right side lane. They have a 100 yard zero board,and then the metal targets start off at 700 yards just past the tree line.
Magnified picture so you can see the targets- 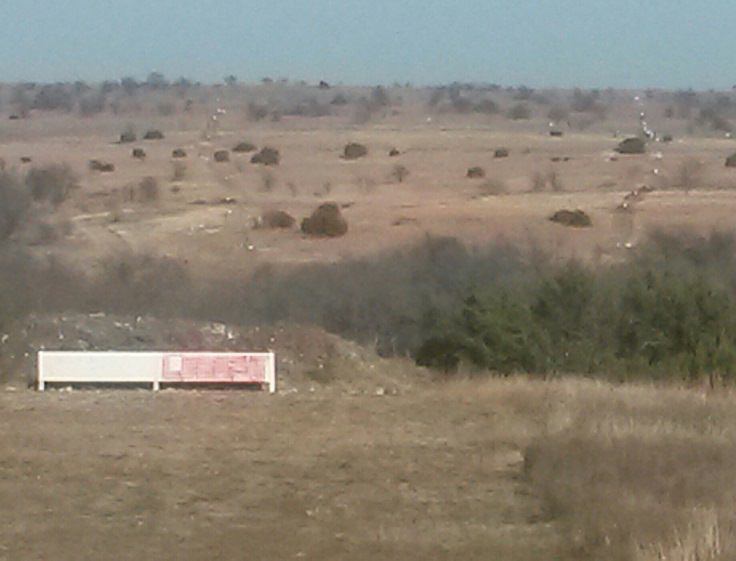 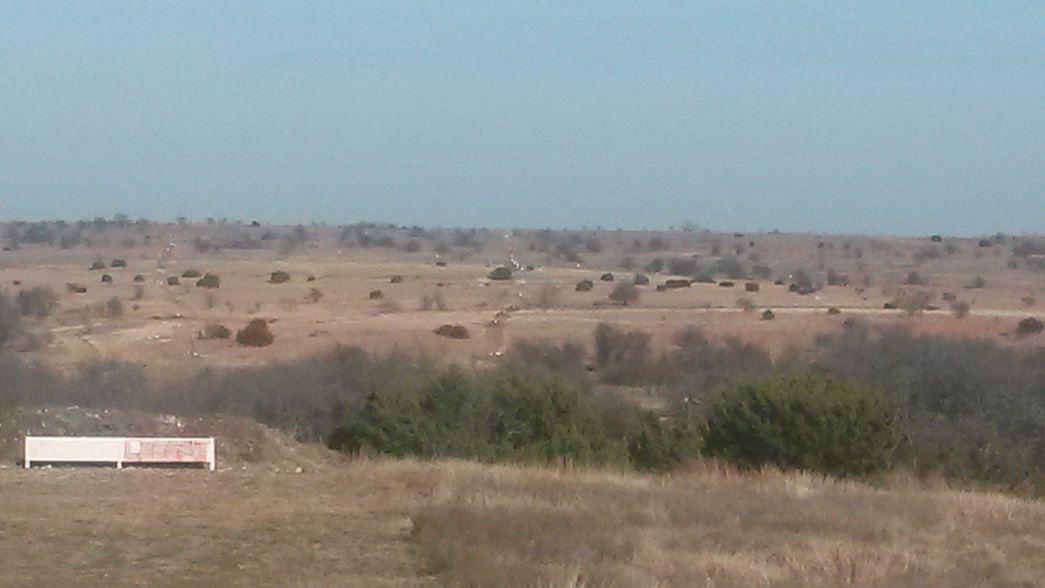 my distance baby is my 6mm remington cal , is my M40 spec, Remington 40x/700 BDL,setup in the 60s to the same spec as the military M40, but in 6mm Rem cal, wood bedded stock, Ross steel trigger guard assy,timney custom trigger,jeweled bolt assy ect ect, scope is a older model Zeiss, adj paralex, normally on a average day, 900m consistent. will shoot consistently farther, depending no conditions, and the one limiting factor, me…
I want to build the next one in 6.5 craigmoor. I thought about upgrading to a ATLAS V8 bipod, and changeing the stock to synth,but this stock is glass bedded,blocked, and dip coated, you could leave it underwater for a week and the stock wouldnt swell, and the harris bipod, has been shooting on it since the late sixtys, this one falls under dont fix it if it aint broke. I do love a Bull Barrel

Nice setup Goblin, sounds like you enjoy shooting it.

i really do. long distance doesn’t usually draw a crowd of people…

Working on getting into longrange,

@flylo Welcome to the Brotherhood. Don’t forget to go to the First Post Here: Introduce Yourself! thread and say Hi to everybody.