Went shooting at a new (to me) range today. As I arrived, this guy is packing up his rifle. Is that a M1 Garand? He say’s yea, he likes to shoot it now and again. I look around and notice something: no targets? Earlier this summer, at another public range I shoot at, 4 “young adults” blasted thru at least $200 of ammo in under an hour shooting “My dad’s AR 15.” Don’t worry they didn’t waste any money on targets. They didn’t put any up!

So I ask you guys, do you bring targets when you go shooting or is this no target thing common?

I don’t shoot at a range myself because I’m surrounded by desert and there is no need.
Although I always bring targets, as a rule I can almost always find, and reuse targets some disrespectful brain donor has left to litter the landscape.

Don’t worry they didn’t waste any money on targets. They didn’t put any up!

Or maybe it is some do; they just can’t hit them…?? Even after blasting thru $200 of ammo.

I think it’s just asinine, but I have quite often watched people burn up a good amount of ammo (more wastable money than me I guess???) shooting at absolutely nothing, however.

Sometimes I take this little home made golf ball thingy to shoot the scoped .22s at. And there are the metal spinners too. But it’s mostly just paper. Ya gotta have SOMETHING to shoot at. Otherwise you’re wasting time.

Ya gotta have SOMETHING to shoot at. Otherwise, you’re wasting time.

Exactly!
And why wouldn’t you in order to improve your skills? Makes no sense.

Maybe the goal has nothing to do with targets but instead is taking selfies for social media. Look at me shooting my “assault” rifle.

Old computer parts, cell phones, tv’s, printed targets or just a piece of cardboard with couple circles drawn on with sharpie. There has to be some point of aim. Now when i have to give my dads guns or a few of my friends and family guns a tear down for deep clean once reassembled i might just fire a couple rounds down into nothing just check function. But makes no since to me to have a range day and not have something to shoot at.

@JoeFridaySays
I think you might be absolutely right about that.

What @JoeFridaySays said! Most people just wanna post it to the gram. Actually aiming at and hitting a target is completely irrelevant.

Growing up we’d often shoot tin cans, pinecones or pizza boxes. Paper targets were a luxury. When finished, we’d police our targets and brass, and scout for old military brass, we often shot at the old Army range, long abandoned.

Paper targets are now our go to, shoot ‘n’ see and printed. Our club provides 2 targets with the price of admission, we never use them unless on the rare occasion “someone” forgot to load ours.

I’ve seen folks shoot far more rounds than what actually hits paper, use the same target to the point of uselessness or shoot someone else’s.

On my last outing, a fellow set up on my right, at the cease fire went down and set his target to my left. When we returned to the safe area I asked, “What lane are you shooting?” Five was his answer. Politely I pointed out he’d put his target in lane 3’s standard and was shooting over me. “What lane are you?” he asked, four was my reply. His target looked as if he’d dug it out of the trash, full of holes. To each his/her own I reckon.

I usually start with an 8.5 x 11 paper target. As it gets shot up, I will add a discount Shoot and See, then another, etc. I usually back targets with a piece of poster board so the holes are more crisp and ring breaks more easily identifiable. 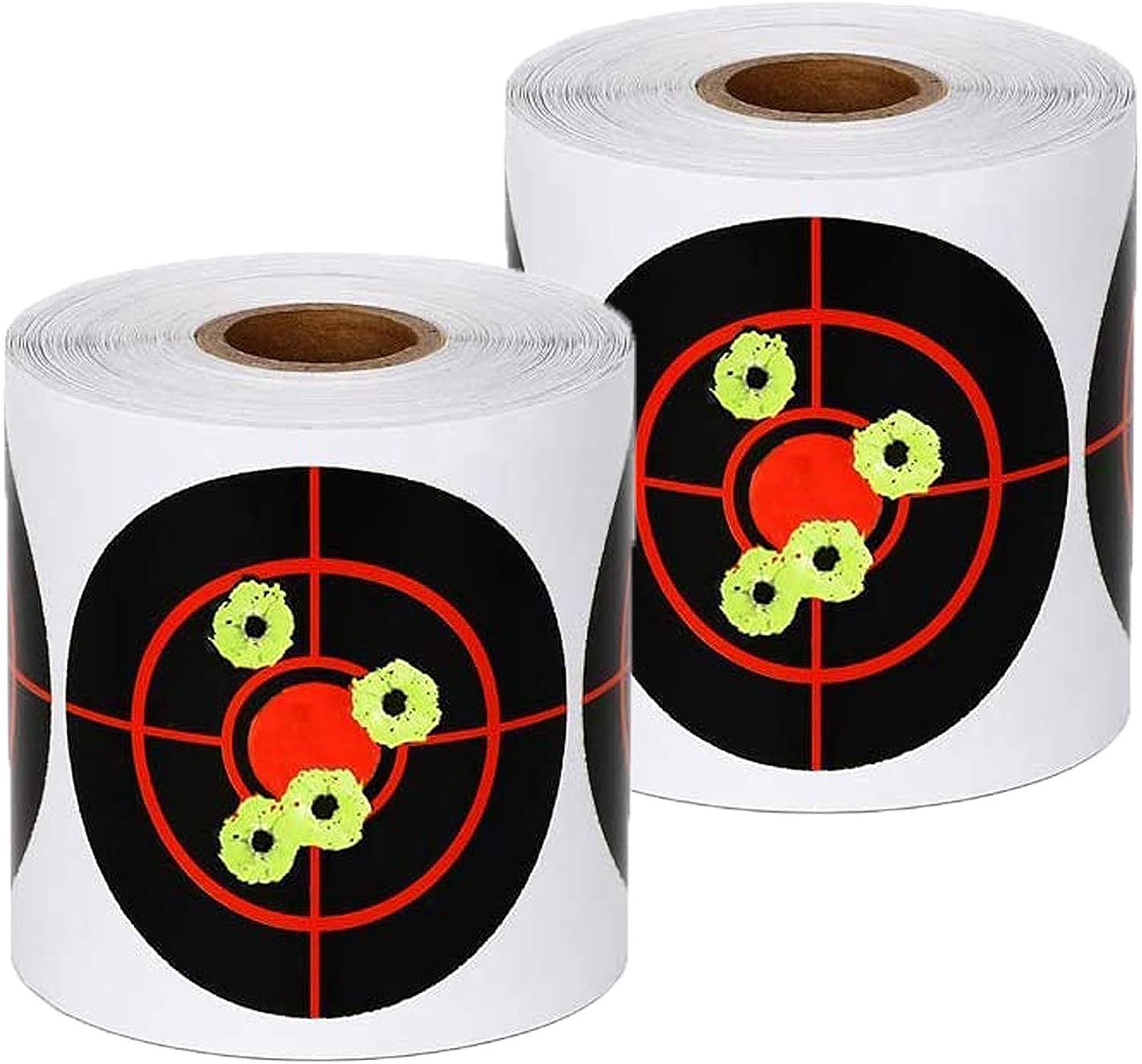 I’m assuming the original poll and post were directed more at rifle range shooting as I didn’t see an option including steel (though my go-to range has gongs for rifles at 100-300 yards as well). I typically use targets on the rifle range, usually 8" splatters and 12" NRA 100 yard small bore targets. For handguns I shoot a lot of steel (the range has steel plates from 6" up to full silhouettes, but occasionally shoot 8" splatters and B27 or B29 paper silhouettes.

Unless I’m shooting the Mossberg, there’s usually something left for another person to shoot once I’m done.

I don’t shoot at a range myself because I’m surrounded by desert and there is no need.
Although I always bring targets, as a rule I can almost always find, and reuse targets some disrespectful brain donor has left to litter the landscape.

Same here in Utah. There’s always junk to shoot at. A few times, I even saw/used actual 3D target dummy/mannequins that were left out there.

I even saw/used actual 3D target dummy/mannequins that were left out there.

I’m a volunteer RSO at a Game and Fish Range near Phoenix. We don’t allow shooting on the range unless you aim and you can’t aim without a target.

Would that range be Ben Avery? Spent lots of winters in Phoenix/Scottsdale/Paradise Valley 1959 til 2020. We used to drive out Scottsdale Road to Shea Blvd to go shooting. Back in the day, if we went “all the way” out to Bell Road, we’d pack extra water and blankets. Full time Northern Wisconsin resident now.

Yes. I spend every Thursday out there, mostly on the main range, but occasionally I’ll work the steels at the Frank DeSomma range.

Before I retired and moved here full time, I can remember the long ride on Bell. It was the only east-west road, unless you wanted to go all the way down to 10.