If you should find yourself at Gate 5 in Love Field, look out to the wall and on the taxiway line you might see this: 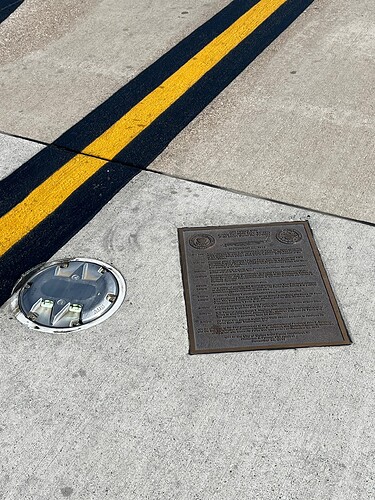 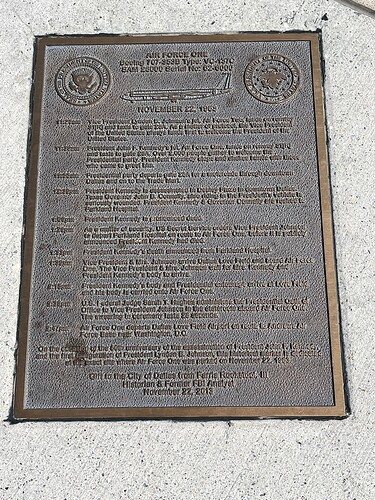 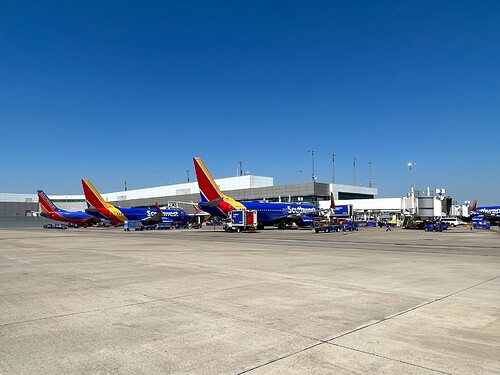 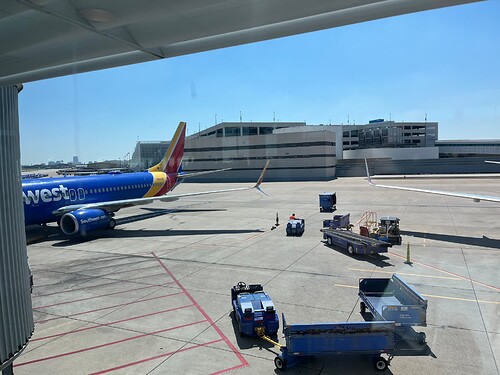 It marks the place that Lyndon B Johnson was sworn in as President aboard Air Force One on November 22nd 1963. 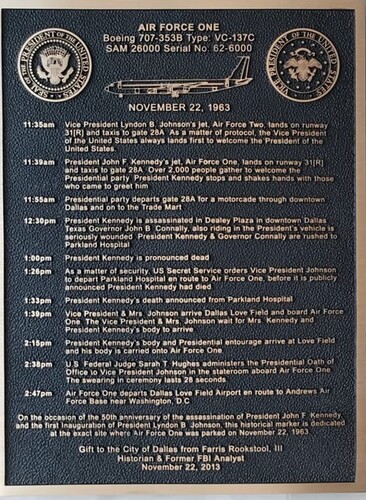 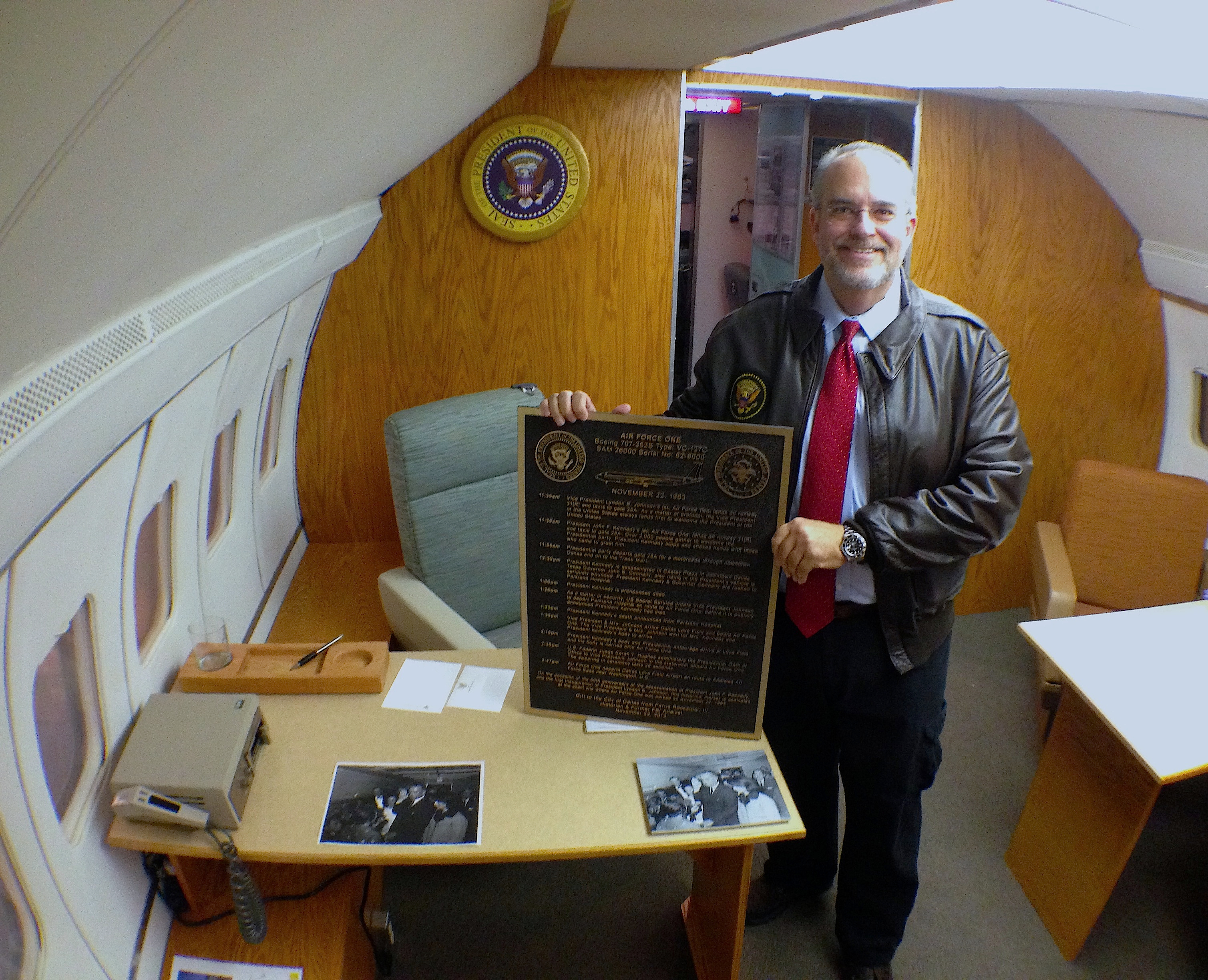 Love Field marker will show location where Lyndon B. Johnson became the 36th...

A bronze marker indicating the location where Vice President Lyndon B. Johnson took the oath of office to become the 36th President of the United States in 1963 will be installed at Love Field Airport Thursday. After the assassination of President...

Thanks, this is very interesting.
My father retired USAF was stationed at Bergstrom Air Force Base 1966-1968. Del Valle Texas, close (east) to Austin and Bastrop, TX.
It was jokingly called President Johnson’s Airport.
Very frequently he would fly into Bergstrom to go to his residence, Johnson City.
As a kid (7-8th grade) we always went to the terminal and met his aircraft. We would stand across a short fence and he always came over to us to say hello and shake hands.
The airbase is now the Austin-Bergstrom Airport and me and my siblings and all the base kids attended Del Valle schools.

Thanks for the memories.

Very cool!
I fly into Austin all the time. We used to stay at the Hilton hotel there on the airport (the round building) and I believe it was a former USAF administration building.
Lots of aviation history in the area.

Little more history in Texas:
I failed to mention that my father, #12 of 13 brothers and sisters was raised on the major cotton farm at Lewisville,Texas north of the DFW airport. The airport was part of the cotton farm. On July 4, 1942, Lewisville and surrounding communities held a group enlistment for WWII. My father enlisted in the navy and served aboard USS Portland, Sweetpee, a light cruiser, CA33, sister ship to USS Indianapolis. At the end of the war he went Army Air Corp which then became USAF. He served in Berlin Airlift, Okinawa during Korea, VietNam, Spain, Nouaceur, Morocco, Germany, Floridax2, Louisiana, Arkansas and Texas. He retired November 1973.
My grandmother, Dads mother and father died in the same house on the farm still working along with much of the family on the farm. My family visited the homestead a number of times. At the time, miles down a dusty road. The house without water or electricity had a windmill out front that drove a well and a DC generator that charged a bank of 6 volt batteries that provided power to light a few lights in the house at night and a radio. We all took baths in the kitchen in a #10 tub. We heated water on the wood burning stove. While taking a bath there was always one bucket warming on the stove. For each person in, one bucket removed then refilled and placed on the stove for the next person who poured in the warmed bucket before getting in. We had all the luxuries back then including an “ice” box and an outhouse.